The Bantams secured back-to-back victories in Sky Bet League Two with an emphatic 4-1 triumph over Stevenage.

A perfect first-half hat-trick from Andy Cook and a late header from skipper Niall Canavan earned City the win at the Utilita Energy Stadium, with a raucous atmosphere under the lights.

The hosts opened the scoring with just under a minute played when Liam Ridehalgh’s cross from the left-hand side was headed into the back of the net by Cook, who completed a flowing team move.

Alex Revell’s side netted an equaliser when the ball fell to Elliot List who struck past Richard O’Donnell.

The Bantams went close to regaining the lead when Alex Gilliead went on a positive run, but ended up dragging his effort just wide of the post.

With just under half an hour played, the hosts were awarded a penalty when Charles Vernam was brought down inside the 18-yard box by Luther James-Wildin.

Lee Angol stepped up to take the spot-kick, but it was denied by Boro goalkeeper Joseph Anang.

However, from the resulting corner, Cook volleyed in his and City’s second of the contest, to put the Bantams deservedly back in front.

To make things even better, Cook completed a first-half hat-trick with just 38 minutes on the clock.

Finn Cousin-Dawson played a through ball to the frontman who raced in on goal and finished calmly to give City a commanding lead heading into the interval.

Cook almost netted his fourth after the restart, but his header was kept out at the near post.

An memorable night for City was topped off when Ollie Crankshaw's cross was headed in by Canavan - who netted the first goal for the Bantams. 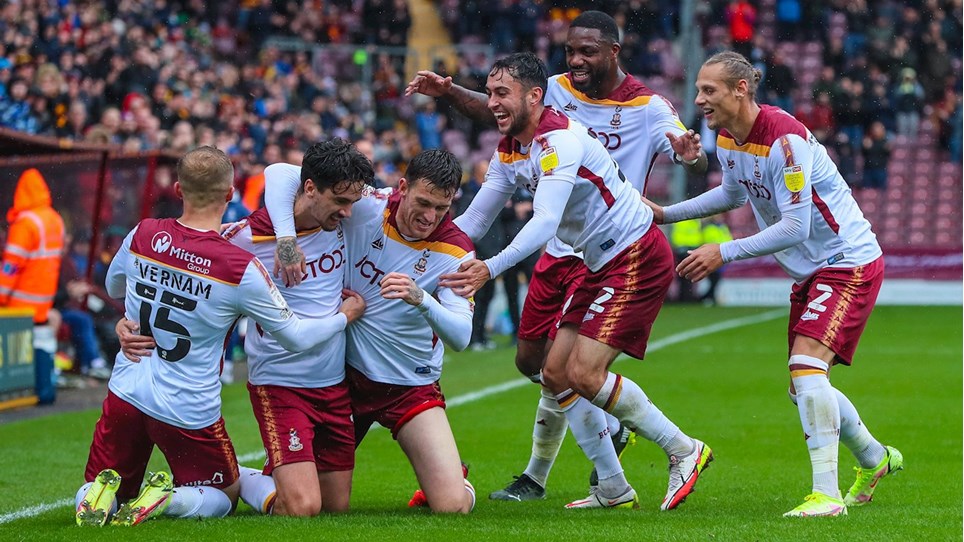