Conor Sellars is determined to ensure the Bantams maintain their high standards - despite a lengthy break in play - ahead of tomorrow’s trip to Cambridge United.

City travel to the Abbey Stadium on the back of three postponed fixtures, to contest their first clash of 2021.

Sellars insists the challenge for his and Mark Trueman’s side is to pick up where they left off before the turn of the year, as they bid to make it six games unbeaten.

He said: “We have had a long time away from the pitch, but it is important we do not let our standards slip.

“We are all desperate to make sure we pick up the form we left before the break in matches, and the work we have done on the training field has reflected that.

“It has been difficult to maintain a proper rhythm with the lack of games and the conditions making training difficult, but we have been doing all we can to ensure we will be ready for the games ahead.

“We have tried to prepare the players in the best way possible, by exposing them to lots of intense sessions which have replicated fast-paced games.”

After close to a month away from the pitch, Sellars believes the Bantams will draw confidence from the fact they have already overcome Saturday’s hosts within the past six weeks.

Despite last month’s 1-0 victory over the U’s at the Utilita Energy Stadium, City’s joint-interim manager stressed the importance of approaching the clash with the right mentality, in order to return to winning ways.

He added: “Since we played Cambridge last, they have gone on a good run of form.

“They are very organised and carry a big attacking threat. It is no surprise they are at the top of the table.

“We need to take confidence from our last performance against them, but still approach the game as the underdogs and make sure we execute our gameplan better.

“We always carry an underdog mentality and know we need to outwork and outwit every opponent we face.

“We are a massive club, but never go into any game expecting to win - and always try and keep pushing ourselves and our standards.”

Supporters can catch every minute of tomorrow’s clash - with a £10 iFollow video match pass - by CLICKING HERE. 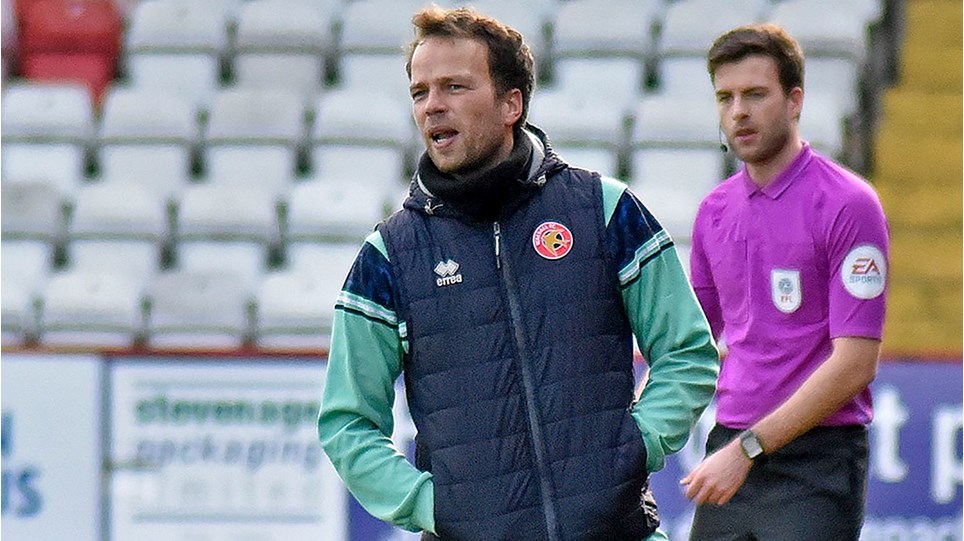 WATT: 'CITY FEARLESS AHEAD OF WALSALL'