The Bantams took a point home from second-placed Port Vale – with a 1-1 draw at Vale Park in front of the Sky Sports cameras.

James Wilson put The Valiants in front early on in the second half, but substitute Lee Angol’s goal from the bench meant the points were shared.

The Bantams had the first chance of the game, when Elliot Watt played Theo Robinson through on goal - but his half-volley was saved by Port Vale’s Lucas Covolan.

Just minutes later, City had another opportunity to score. Robinson crossed the ball to Charles Vernam but his header was caught by Covolan.

Port Vale’s first chance of the game came in the 23rd minute. James Gibbons’ strike from the edge of the box forced Richard O’Donnell into a smart save.

Ten minutes before half-time, O’Donnell was required to make another good stop to deny Tom Conlon from scoring the opening goal from a similar range to Gibbons.

City had the first chance of the second half, when the ball skimmed across the box for Vernam but he could not connect with the ball and Port Vale were able to clear.

Only moments later, the Valiants took the lead from the resulting counter attack.

David Amoo was able to break through the City defence and feed James Wilson who - having seen his initial effort - bundled home a rebound.

City pushed forward looking for a response and, with a quarter of hour left to play, Lee Angol scored the equaliser.

Matty Foulds crossed the ball into the area where Angol was waiting to leap and nod into the far corner, for his third goal in just four league games this season.

The home side then looked set to score the winner, as George Lloyd was through on goal, but his shot rolled narrowly wide after he had broken into the area.

Both sides kept pushing late on, but were unable to find the winner as the points were shared. 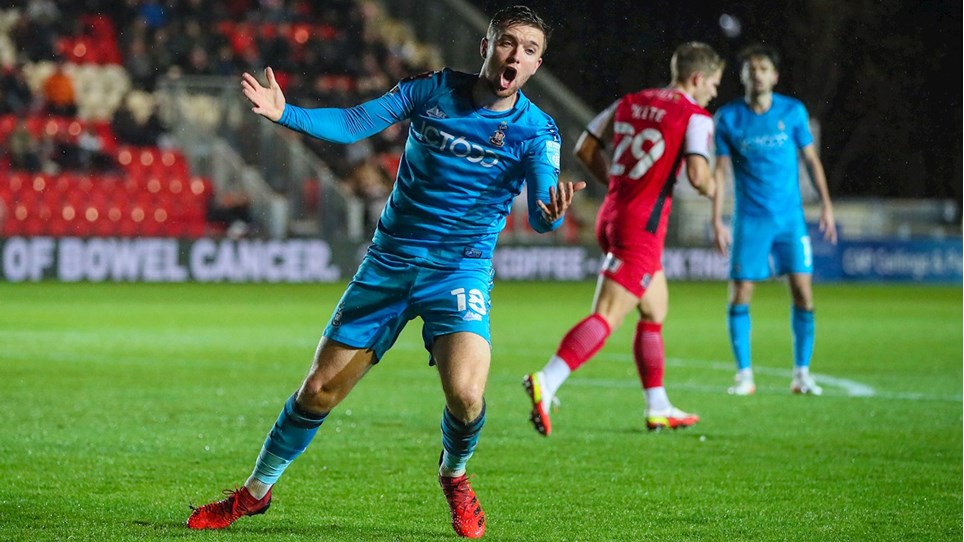 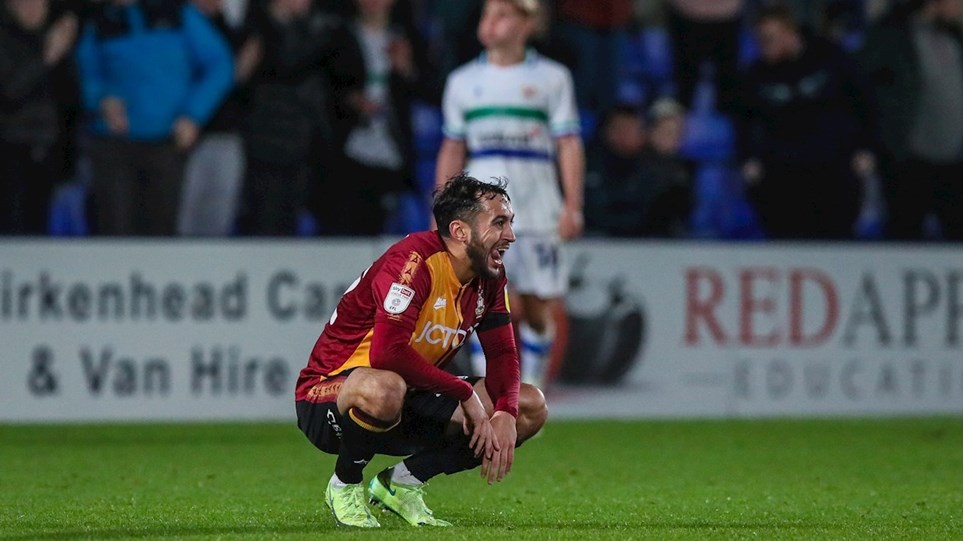