Returning City goalkeeper Sam Hornby praised the performance of his team-mates - after they bagged a penalty shoot-out victory over Sky Bet League One Sunderland in the Papa John's Trophy.

With the encounter ending 1-1 after 90 minutes, Derek Adams’ men went on to win 4-2 on spot-kicks, with Hornby denying two of the Black Cats’ efforts at the Stadium of Light.

The City stopper was impressed by his side's showing on the evening, and was pleased to bow out of the competition on a positive note.

He said: “Throughout the 90 minutes, everyone in front of me was brilliant, and we more-than matched them for the whole game.

“We had a really good chance to win it at the end, but their goalkeeper made a great save down to his left.

“In this competition, if you draw, it goes to penalties, and it was nice to win that and get the extra point.

“There is always something riding on a game. We did not want to come away from this competition with only one point, so it was about personal pride.”

The former Port Vale 'keeper also touched on his two penalty saves during the shoot-out.

He is hopeful, after his third appearance of the season, to have impressed manager Derek Adams as he looks to try and force his way into plans.

He added: “We did not do any research, but I knew Sunderland had good, quality players, so I knew I would have to be at full stretch all time. Fortunately, I managed to save a couple of them.

“I am there to be called upon when needed. I just need to keep focused and continue to work hard on the training ground.

“Me and Richard (O'Donnell) both push each other, and it is good competition.

“I respect that he has the shirt at the moment, but hopefully after a performance like that, I can be in the manager’s mind.

“It was my first game since coming back from my injury, and I really enjoyed it from start to finish - especially playing in a stadium like this.

“Our travelling fans were great. This is a tough place to come, particularly in the middle of the week, so we appreciate their support.”

The Bantams travel to Hornby's former side Port Vale on Saturday, and tickets can be secured by CLICKING HERE. 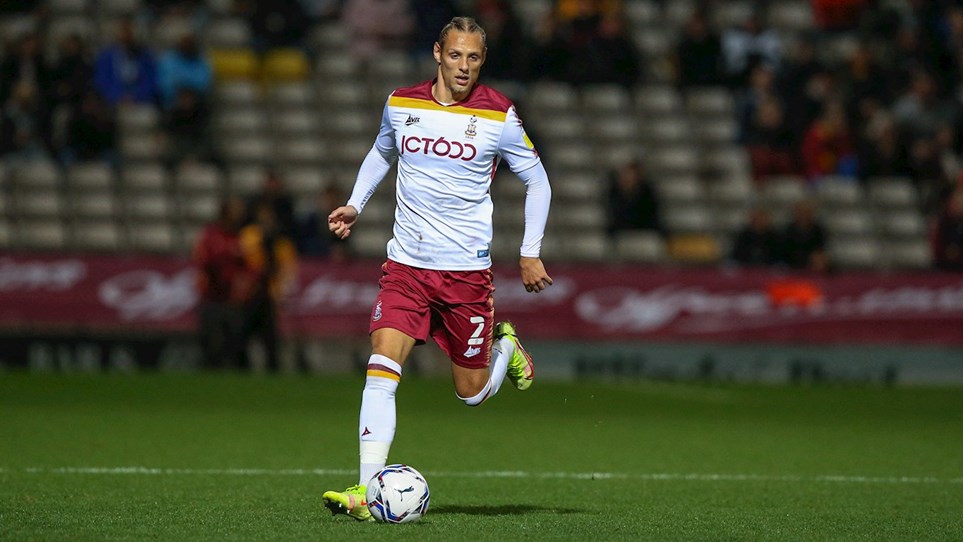