Yann Songo’o praised City's travelling support, after the Bantams battled to earn a hard-fought point with a goalless draw at Newport County.

The points were shared in South Wales as the Bantams kept consecutive clean sheets - with Songo'o in defence - for the first time this season.

The 29-year-old was pleased with the effort and endeavour from himself and his team-mates, and felt they were pushed over the line by over 400 away fans.

He said: “The boys were fantastic. We fought and stuck together for the whole 90 minutes. It was a tough battle.

“We wanted to carry on from last week, and the clean sheet we got at home.

“The supporters, since the start of the season, have been fantastic.

“Yesterday - more than ever - we needed our supporters to push us over the line in the last 10 minutes, and they helped us keep the clean sheet.”

The former Morecambe man spoke of his versatility and ability to play alongside Paudie O'Connor at the back - after a second-straight game alongside the Bantams' stand-in skipper.

He insists manager Derek Adams has confidence in his ability to play in different positions, having worked with him before.

He added: “The gaffer knows me. I can play centre-back or in midfield. Any position the manager wants me to play in, I will give 110%.

“I am happy to play anywhere the team needs me. This is about the whole team and what is best for the squad.

“If the manager thinks me playing at the back is the best option for the team, then I am happy to play there.”

Songo'o and his team-mates are back in action at home to Bristol Rovers next Saturday (October 16). CLICK HERE to purchase tickets.

ADAMS: ‘IT WAS NEVER GOING TO BE EASY’ 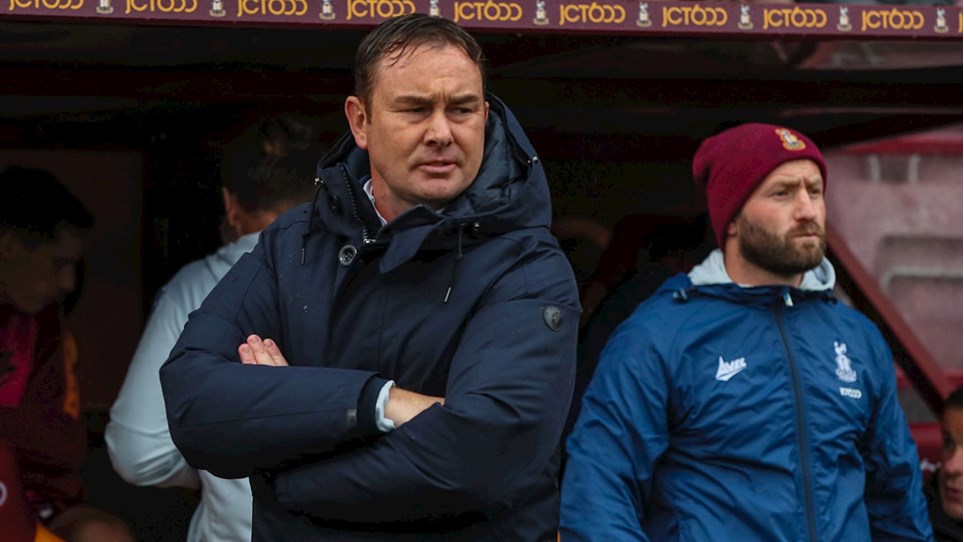