The Bantams lost out late on at Salford City - falling 1-0 at the Peninsula Stadium.

Matthew Lund’s close-range strike in the 90th minute proved enough for the Ammies to pick up all three points in Sky Bet League Two.

It was the visitors who had the first opportunity of the game when Alex Gilliead’s cross was headed narrowly wide of the goal by Andy Cook.

City went close again when Oscar Threlkeld picked out Callum Cooke whose curling effort from outside the penalty area just missed the target.

The hosts then had an opportunity to break the deadlock when Lund headed down to Brandon Thomas-Assante who was unable to make anything of it, as the game remained goalless heading into the interval.

Derek Adams’ side went close to hitting the front at the beginning of the second half, when Gareth Evans’ cross from the left-hand side was headed goalwards by Cook.

Somehow, the ball was kept out by Ammies goalkeeper and man-of-the-match Tom King, as the best opportunity of the game went begging.

A competitive affair was decided when Morris’ corner to the back post was tapped into the back of the net by Lund, to give the hosts the win over the Bantams. 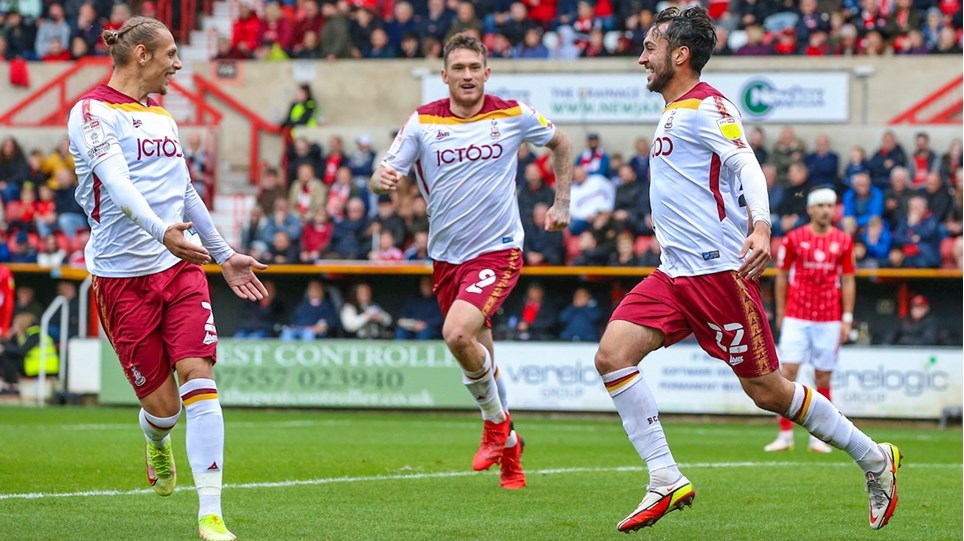 BANTAMS BACK TO WINNING WAYS AT SWINDON