Goals from Scott Banks and a second-half Andy Cook brace secured City's first victory away from home of the campaign, ahead of four-straight home games.

The visitors started on the front foot with the right flank heavily operated inside the opening minute. Scott Banks linked up with right-back Brad Halliday to whip a cross in the box, but the ball found no runner.

It was the dangerous Scot who put City in the lead shortly after. Banks, after receiving a pass from Harry Chapman, cut inside and tucked a low shot past Ben Killip, to net his first goal in claret and amber.

The Pools gradually grew into the encounter midway through the first-half. A short corner was worked to the Monkey Hangers’ captain Nicky Featherstone, but a shot on the edge of the box looped over Harry Lewis’ net.

The hosts made their progress over the first period count as, after a sharp counter-attack, a cross to the far post was headed home by former Sunderland left-back David Ferguson.

As the first half played out, Hughes’ side had much more joy with their possession. Alex Gilliead worked well with Richie Smallwood and Banks to send a low cross into the box, but it was turned behind for a corner.

The visitors ended the half stronger, nullifying the threat posed by Hartlepool. Lee Angol drove at the hosts’ backline but his shot was dragged wide of Killip’s goal.

City’s tempo increased in the second period in an attempt to regain the lead. Banks threatened again on the right flank as his ball towards Angol’s head could not be directed on target.

With over 700 City fans in attendance at the Suit Direct Stadium, the Bantams edged back in front, just after the hour mark.

Kian Harratt again made an impact off the bench, as a low ball was pinged into the path of Cook, who's first-time shot was converted to give City’s No.9 his fourth goal of the season.

The Bantams continued to frustrate the hosts as the clock ran down. Angol again drove forward at the Monkey Hangers’ defence and, having evaded two of his markers, rattled a venomous shot against the crossbar.

City did still have time to wrap up the point in stoppage time, however, through Cook's second.

His perfectly-timed run enabled him to collect Yann Songo'o's through ball, open up his body and place a thunderous left-footed shot in the top-right corner of the net.

Hughes' side travel back to West Yorkshire with their first three points away from home as eyes look ahead to another busy week on the pitch for the Bantams. 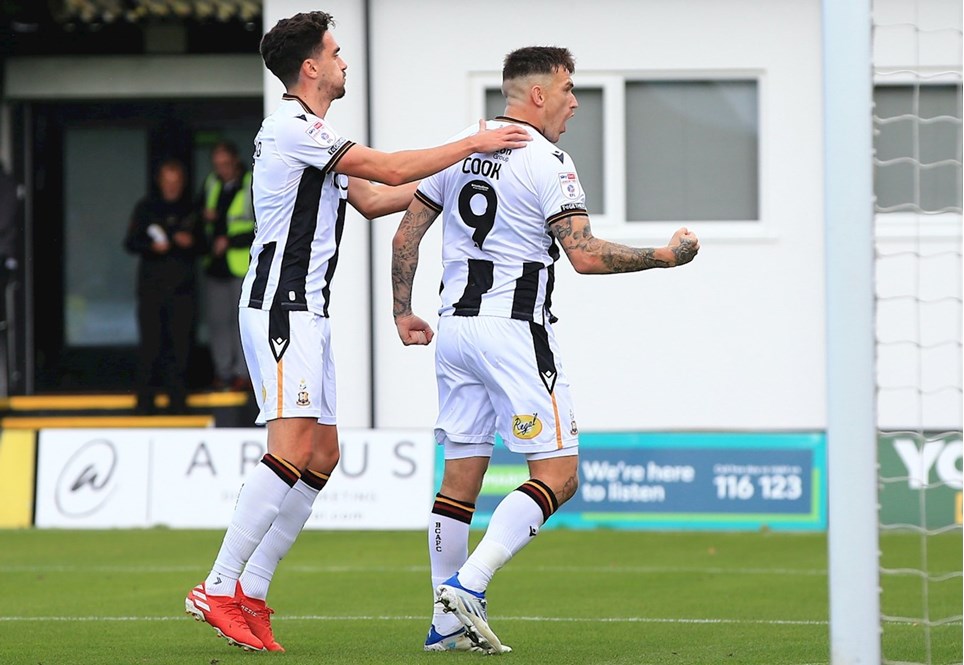 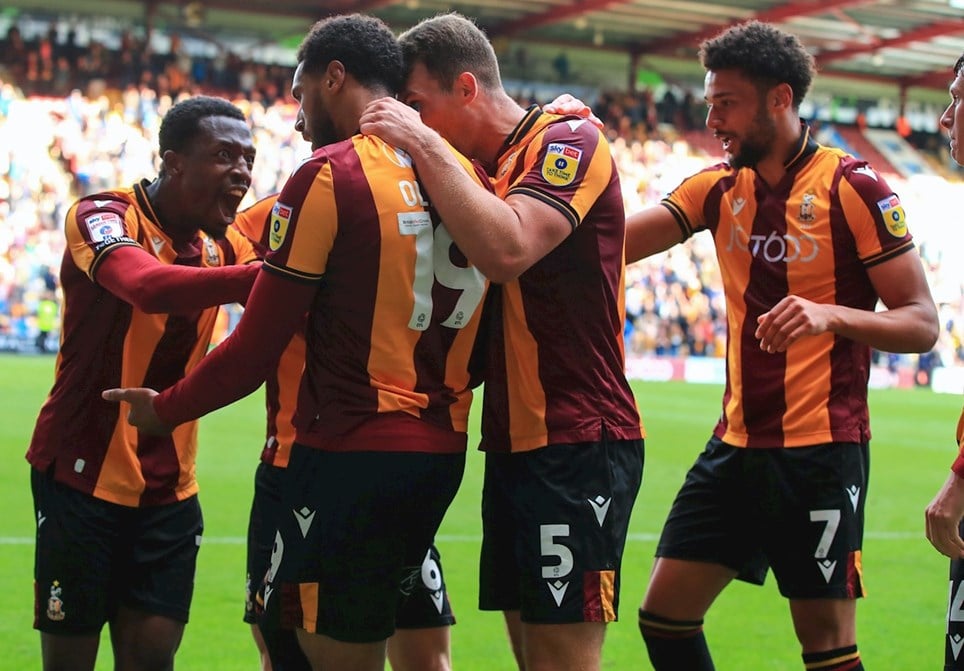 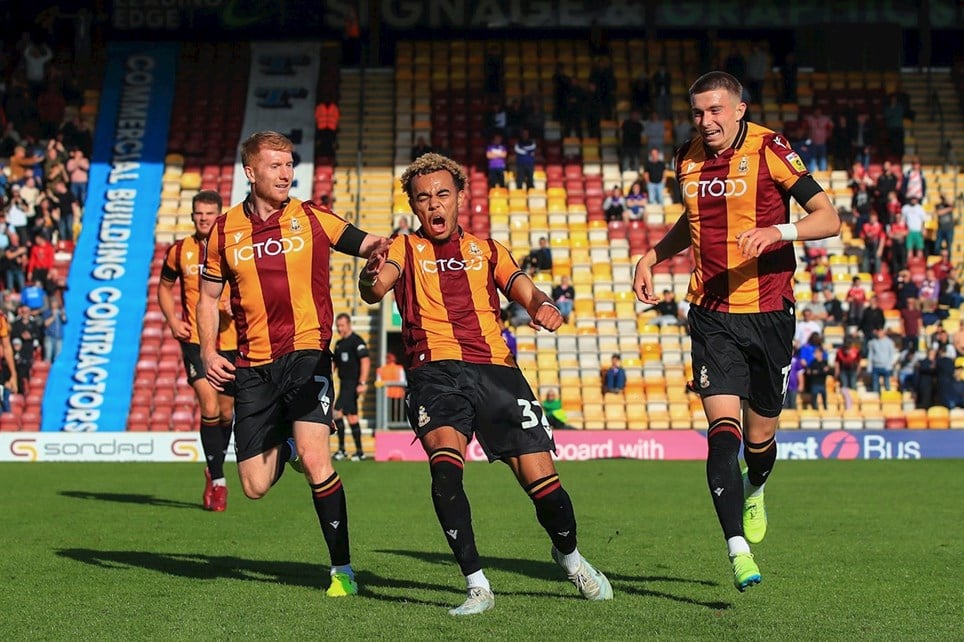 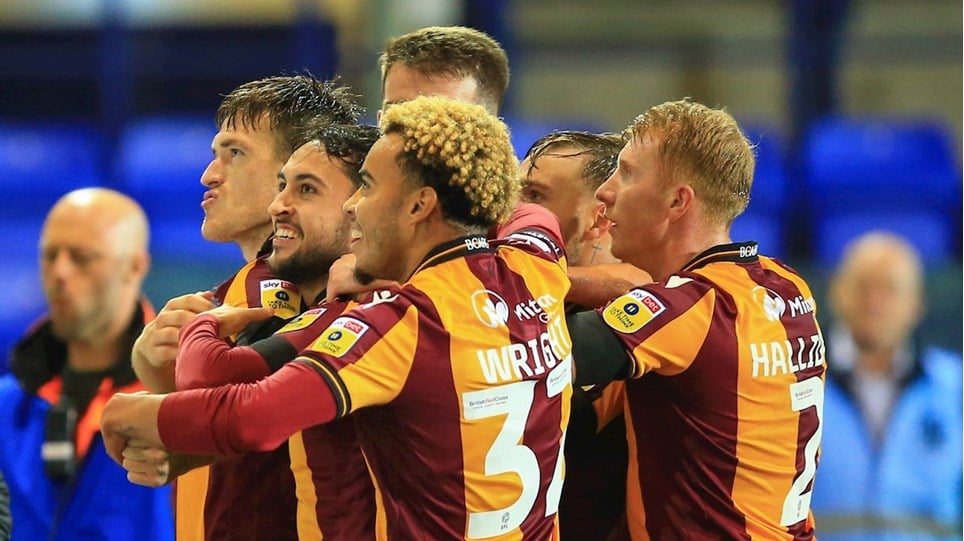