City fell to defeat in their penultimate pre-season outing against Chesterfield, losing 3-0 at the Technique Stadium.

Second-half strikes from Joe Quigley (2) and Liam Mandeville were enough to condemn the Bantams to their heaviest defeat of pre-season.

It was he hosts who started the brighter in the opening period, though Mark Hughes’ men remained a threat on the break as Vadaine Oliver angled a header wide on his first start in claret and amber.

Shortly after, City thought they had taken the lead as Kian Harratt was played in behind and dinked over goalkeeper Lucas Covolan, though the linesman’s flag was up.

It was then Chesterfield’s turn to think they had taken the lead, as both Quigley and Armando Dobra found the back of the net, though the flag was again up on both occasions.

Just minutes into the second period, the hosts were however ahead. Branden Horton swung the ball to the far post where Joe Quigley was waiting, and the towering frontman headed home.

Five minutes later, it was Horton’s turn to have an attempt of his own, though his effort rattled the post after the ball had been worked well out wide to him.

Things got better for the hosts ahead of the hour mark, with two goals in as many minutes putting Chesterfield out of sight.

First, Quigley doubled his and his side’s tally by stroking the ball into the bottom corner, before Liam Mandeville added a third by lashing into the back of the net.

The Bantams made eight changes in an attempt to get back into the game, though left Chesterfield empty handed. 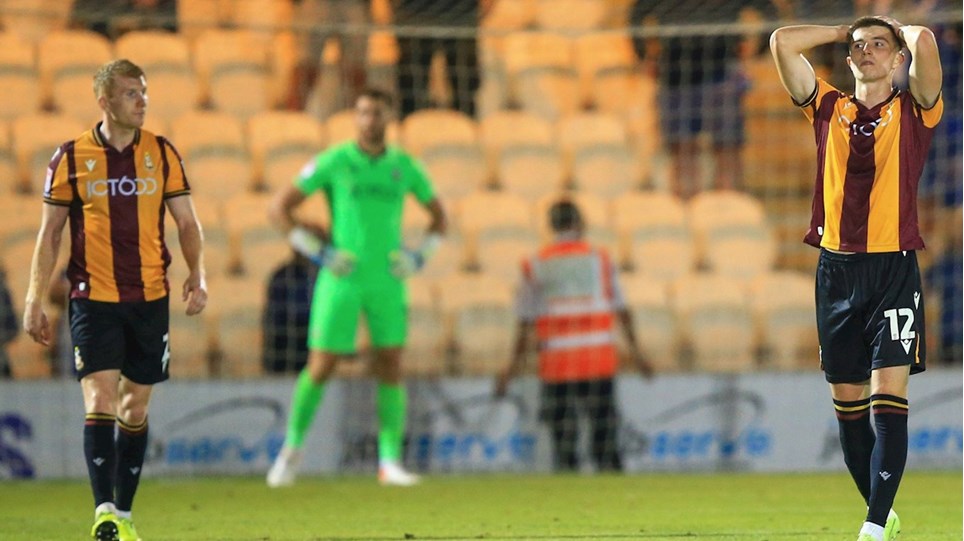 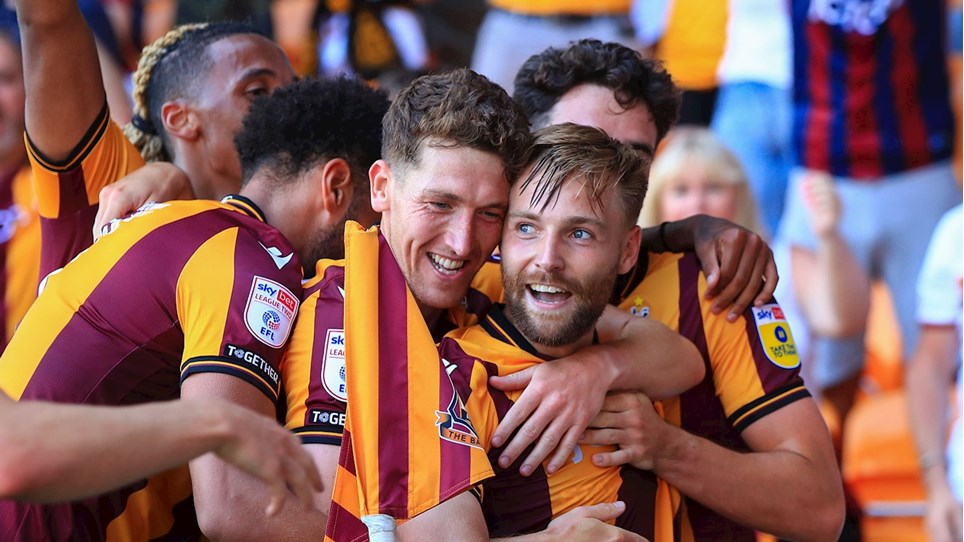 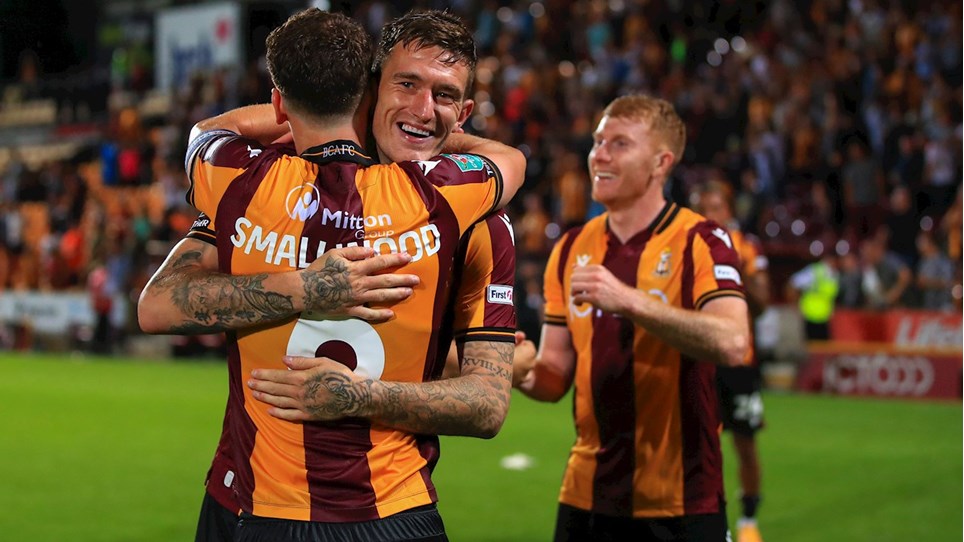 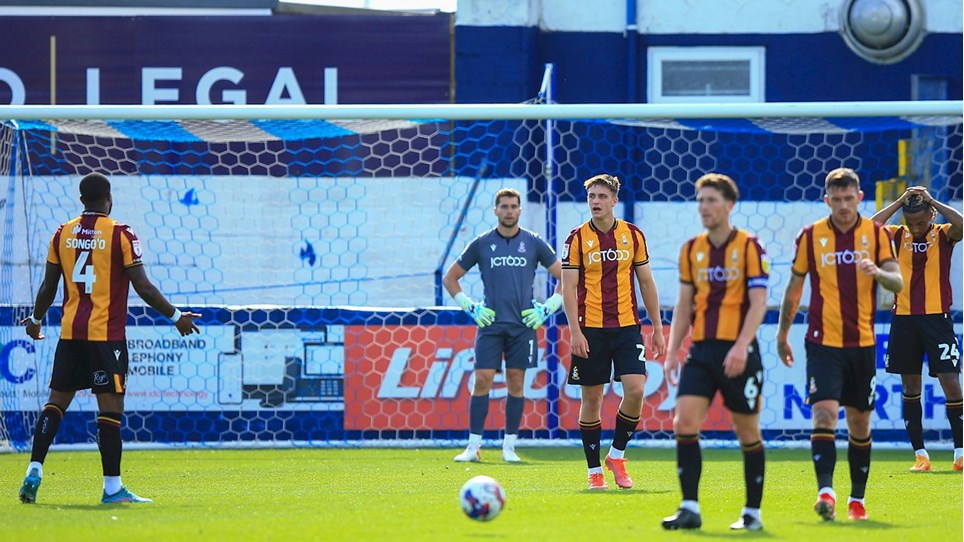