Bradford City AFC is delighted to announce that nine of the club’s academy prospects have been handed maiden professional contracts.

Dylan Youmbi, Jack Wilson, Cole Roberts, Bobby Pointon and Harvey Rowe (left to right below, with the exception of Heath Richardson, third from left), all 18 years old, recently completed their two-year scholarship programmes within City’s academy, and have all signed one-year deals. 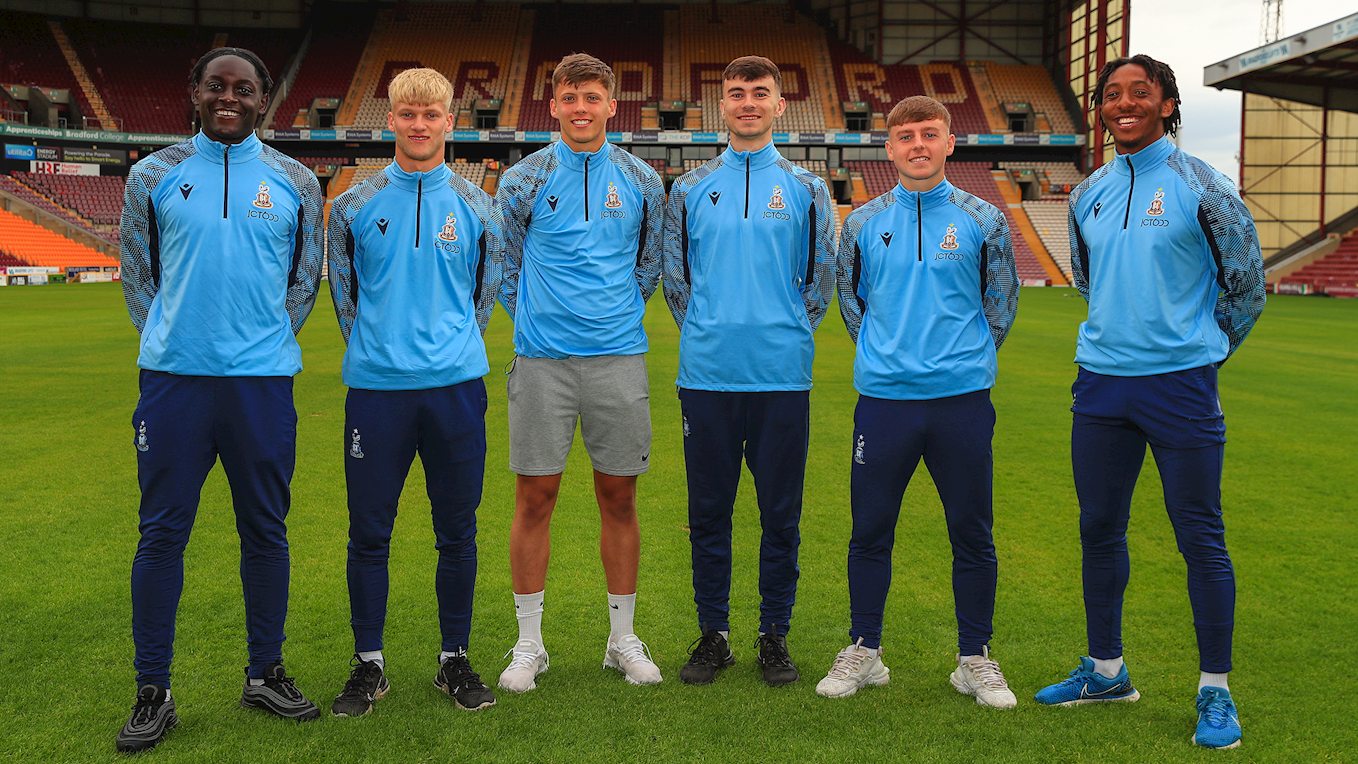 Meanwhile, Jay Tinsdale (16), Noah Wadsworth (17), Sam Bentley (17) and Freddy Jeffreys (16) (left to right, below) - who will move into the second year of their academy scholarships next season - have been offered one-year professional contracts to begin from the start of the 2023/24 campaign. 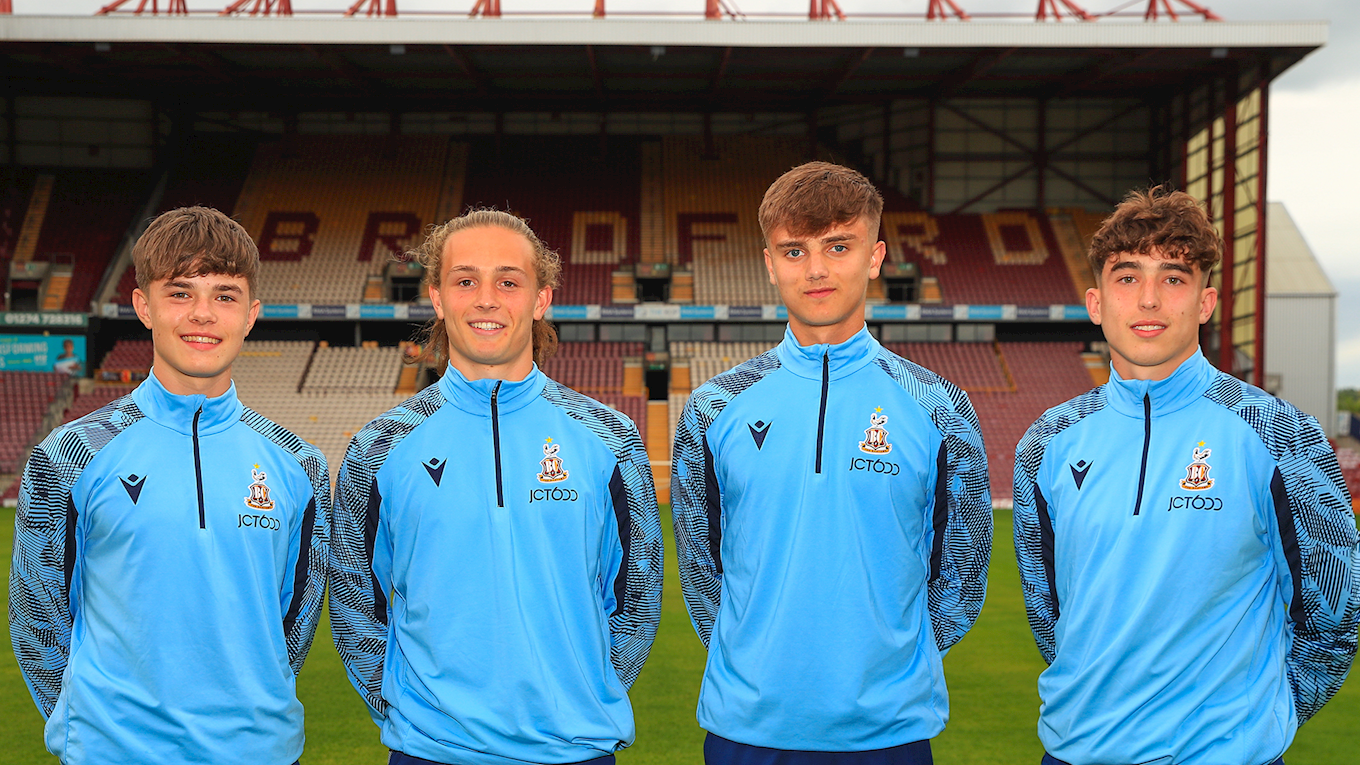 The nine players all featured throughout Martin Drury’s under-19s’ EFL Youth Alliance North East division title-winning campaign, and will remain available for selection in the side, which will be led by Ryan Farrell, next term.

They follow goalkeeper Heath Richardson, 18, who also penned a first professional contract earlier this week, and will form a part of Mark Hughes’ first-team squad next season.

Pointon, a midfielder, said: “I am over the moon. This has been a dream since I was young. I have worked hard for it, and have now signed my first professional contract.

“I have been here since I was nine years old, and have been a City supporter all my life, so this means everything to me.”

Defender Rowe, who was offered his professional deal 12 months ago, said: “I am very pleased. Turning professional is every child’s dream.

“The coaches in the academy are doing a fantastic job in setting that culture for us as players to follow, and I think we all have them to thank for the journeys we have been on.”

Cole Roberts, a forward, said: “I am delighted. This is my eighth year at the club now, so it is a real privilege to have signed my first professional contract.

“It has always been a dream of mine to play in the first team. Hopefully, I am given an opportunity this year and am able to take it.”

Winger Wilson said: “I am delighted to have signed a professional contract at such a big club. We have all worked very hard to get to this point, and want to keep that up.

“I am a direct payer. As a winger, I like getting the ball and running at my man. My game is about pace and power, so I just hope to be able to bring something to the team.”

Dylan Youmbi, last season’s under-19s top goal-scorer, said: “I am very happy. It was great to get the news from the staff, who I would like to thank for their hard work with me over the past two years.

“I like to score goals and provide assists for my team-mates. The coaches have helped us all a lot, so we all have a responsibility to keep working hard and encouraging each other to increase our standards.”

Drury, City’s head of coaching and player development, added: “These players will admit themselves that the past year or two across their scholarships have been challenging. They have been tested in a lot of different environments but have always shown that culture we try to instil.

“The biggest compliment we can give them is that we trust them to do the right things and make the right choices, whether we are around or not. Every time they step in the building, they know who they represent.

“In terms of what the supporters here demand, this group has honesty and relentless work ethic in abundance.

“We have a lot of attacking players this time around, which is very pleasing to see. In previous years, we have mainly seen defenders brought through, but here there are some really talented forward players who, looking at their numbers, we are really excited about.

“We are looking forward to continuing to support them and see them grow - both on and off the field.

“They have given everything they have and deserve this opportunity. Everyone in the academy is extremely proud of them.”

To help ensure the continued development of the Bradford City AFC Academy, please sign up to The Bantams Lottery, by CLICKING HERE.