Martin Drury's young Bantams finished top of the table following the conclusion of the regular season, with a 10-0 victory over Mansfield Town last time out ensuring a five-point lead over second-placed Grimsby Town.

The campaign will now however be extended by a further five match rounds, and four matches per team, in order to decide who finishes top and takes home the trophy.

City will be bidding to win the league for the first time in close to 10 years, since the 2013/14 campaign.

Each of the sides who finished in the top five places of the table will face one another once, with whoever remains top of the division following these fixtures being named the overall winner.

Points will be added to the current league standings, meaning the Bantams enter the games five points in front of the Mariners in second.

City's 'merit' campaign will begin over the weekend of Saturday April 2, when they will host Rotherham United.

A trip to Grimsby will then follow the weekend after, before a rest weekend over April 23/24.

Lincoln City will play host to the young Bantams on Saturday April 30, before City's last game will see them host Doncaster Rovers over the weekend of May 7/8.

Drury's side will also travel to Manchester City this weekend (Saturday March 26), fielding an mixed-age team containing under-16s, under-17s and under-18s in a friendly contest on the Etihad Campus. 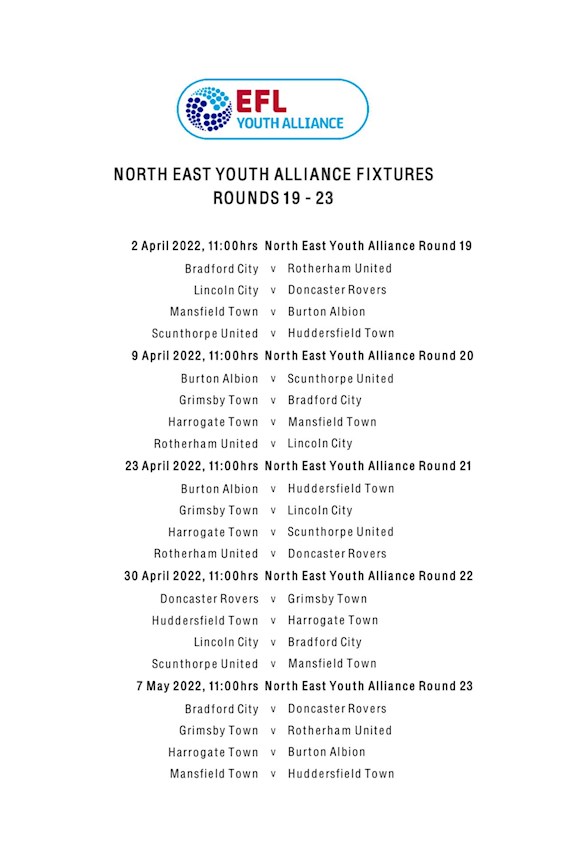 The club will provide coverage of upcoming 'merit' fixtures across its official channels.