Bradford City AFC is pleased to introduce the latest crop of rising academy stars to have signed scholarship agreements at the club.

Eight players will join up with City’s under-17s and under-19s ranks from the 2022/23 season, with a further eight players currently at under-15 age level agreeing scholarships to begin from 2023/24, and another five under-14s tied down to start scholarships for 2024/25.

Pictured top from left to right, Finlay Gledhill, Muhamadou Sedibeh, Dylan Wilkinson, Zachariah Hadi, Harry Ibbitson, Gabriel Wadsworth and Junior Kamwa will all begin as under-17 scholars next season, as well as Isaac Robinson (pictured below), who will move up to under-18. 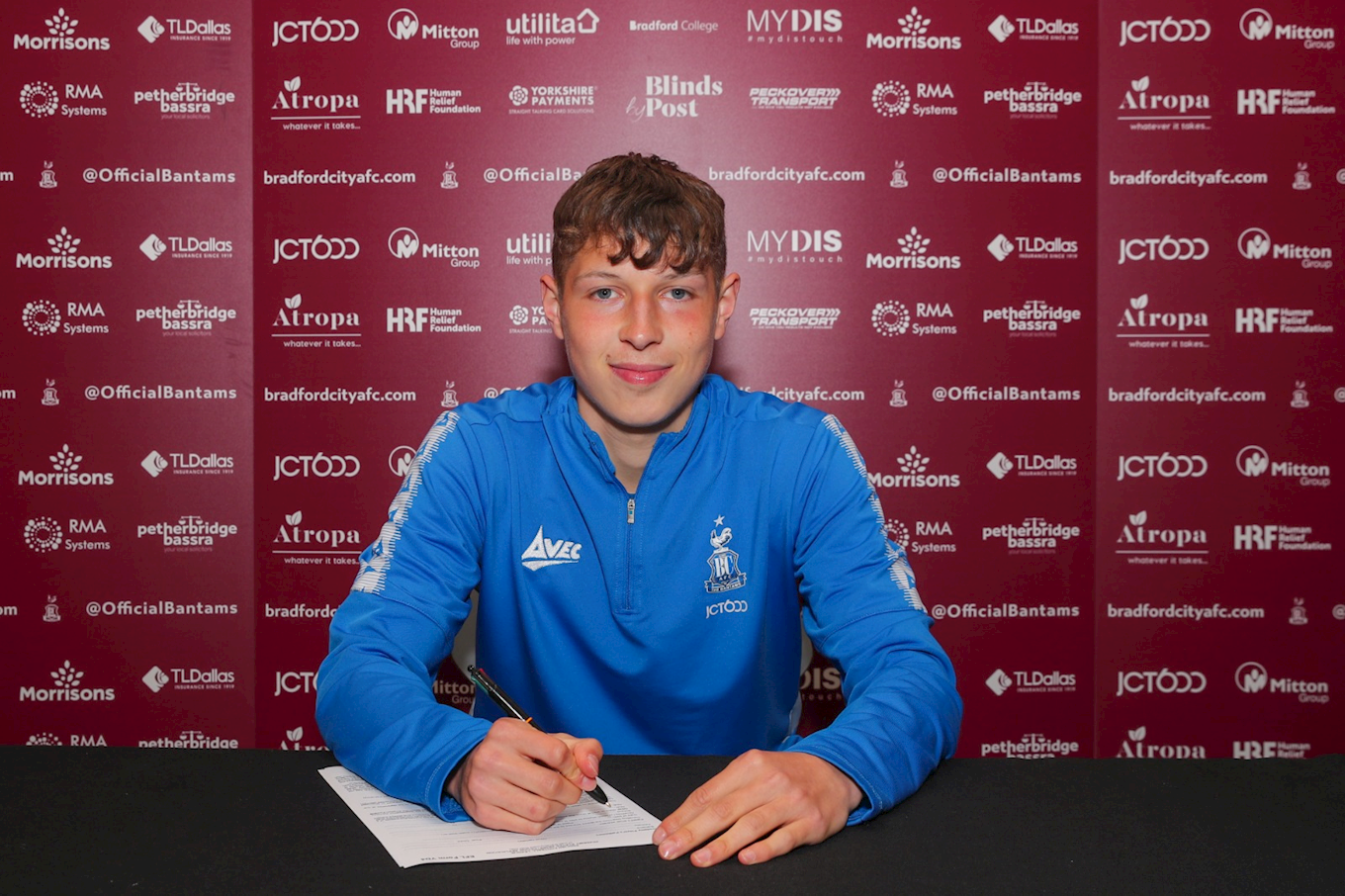 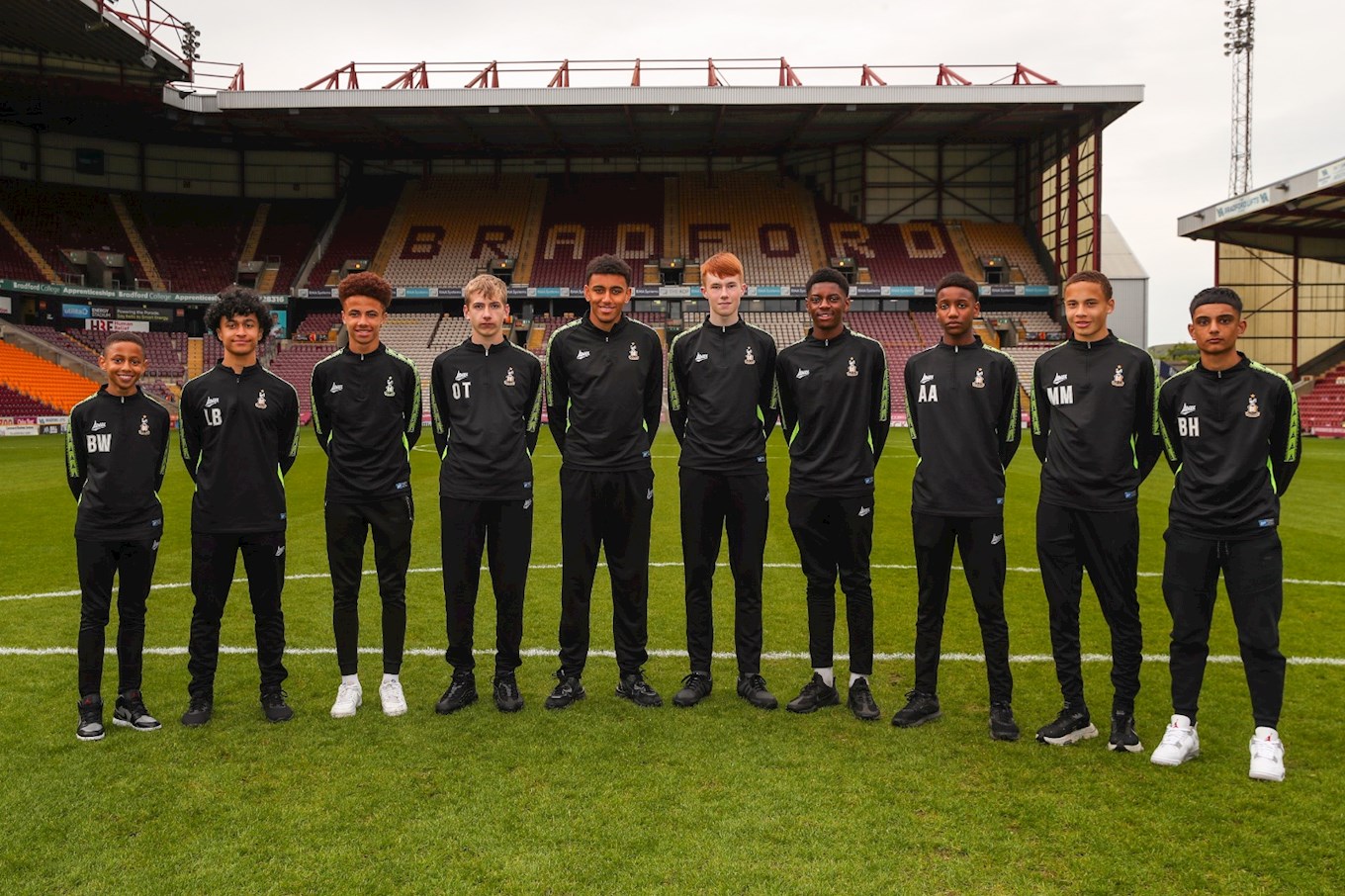 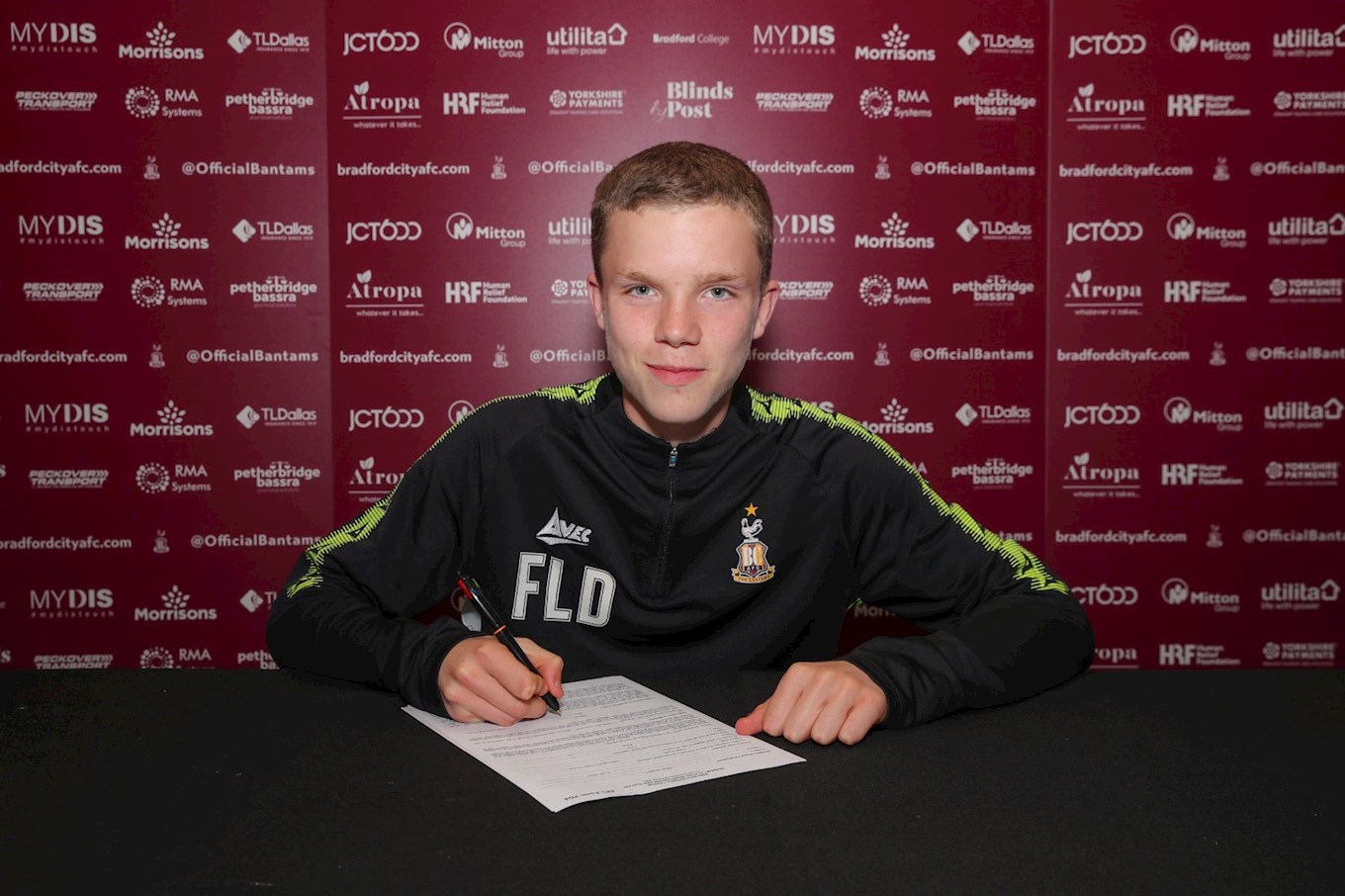 The club’s professional development phase support coach, Ryan Farrell, said: “We are thrilled to be welcoming the latest cohort of exciting prospects onto our scholarship programme from next season.

“Each of the players have shown a strong culture while sticking firmly to our core values. Hard work and potential has got them to this stage, and they are fully aware of the hard work required heading into their scholarship years.

“We as staff see potential in all of the players, and they have all shown it in different ways. This is now a chance for them to grab their opportunity and embrace the challenge.

“It makes us very proud to be giving local players the opportunity to progress at Bradford City, with the aim of forging a career in the game.

“I would like to pass on my congratulations to all of the players and their families on extending their journey with us. We look forward to overseeing the next steps in their development.”

City’s academy manager, Neil Matthews, added: “Our players are often late developers and can find it very challenging during the foundation and youth development phase period against stronger players.

“With that in mind, a lot of credit must be given to these talented young players who have been able to continue their progression this season and be offered scholarship opportunities. It is also a proud moment for their families, previous coaches and the academy staff, who have supported them during this period.

“We aim to provide local young players a potential pathway through the academy and hope that they can follow in the footsteps of our current group of promising scholars, who have set a very high standard this season.

“Martin Drury, Ryan Farrell and the MDT staff can take a great deal of credit for creating such a strong culture that our scholars have thrived in, as shown by their individual and collective progression this season in the under-19s team.

“We are looking forward to seeing these rising prospects continue their journey with us, and wish them the best of luck in the next stages of their careers.”