The Crystal Palace loanee doubled his side's advantage in the 51st minute, with a spectacular effort, ensuring all three points returned to West Yorkshire.

While acknowledging recent performances have not been up to the Bantams' high standards, Banks commended his team-mates for their positive reaction, recording two triumphs in quick succession.

He said: “Prior to this week’s performances, we knew we were not playing to the best of our ability. After a recent run of poor form, it is a great reaction from the team, ending the week taking six points from a possible six.

“Coming to face Sutton was always going to be a tough test. We could see they were trying to play direct, which would have been easy for us to get drawn into.

“I felt we were well matched to the challenges Sutton presented and made sure we stuck to our own gameplan. As soon as we got the ball down and played our way, the quality we have showed.

“The team quality on display today is something I get to witness every day in training. It creates healthy competition between all of us, but particularly those who play in a similar position to me.

“As a footballer, of course you always want to be on the pitch, but as a team we have a great bond. We are all friends who bounce off each other. There is no negativity between us.

“I must single out Abo (Eisa) because I thought he was excellent. His return has been a long time coming. To be out for so long with an injury and perform to the level he did is incredible. He is a great guy, and I am really happy for him.”

City’s No.12 also discussed his delight in adding another goal to his tally, and enjoyed being able to share the celebrations with the 755 City supporters who made the long trip to the capital.

He added: “I am delighted to get another goal for the club. I feel I have been waiting a little while, so could not be more pleased.

“With the effort, I was just thinking to direct the shot towards the back post in the hope that someone might manage to get a touch on it, I was buzzing to see it just go straight in.

“There is no better feeling than celebrating with the fans. Being able to have that moment with them was very special.

“I love the fans at this club, they always create an amazing atmosphere.

“We will take the momentum from the two wins and look to build on it as we come against Northampton next Saturday.”

To secure tickets for next Saturday's clash, which would see City leapfrog the Cobblers into the automatic-promotion places with a third-straight victory, please CLICK HERE. 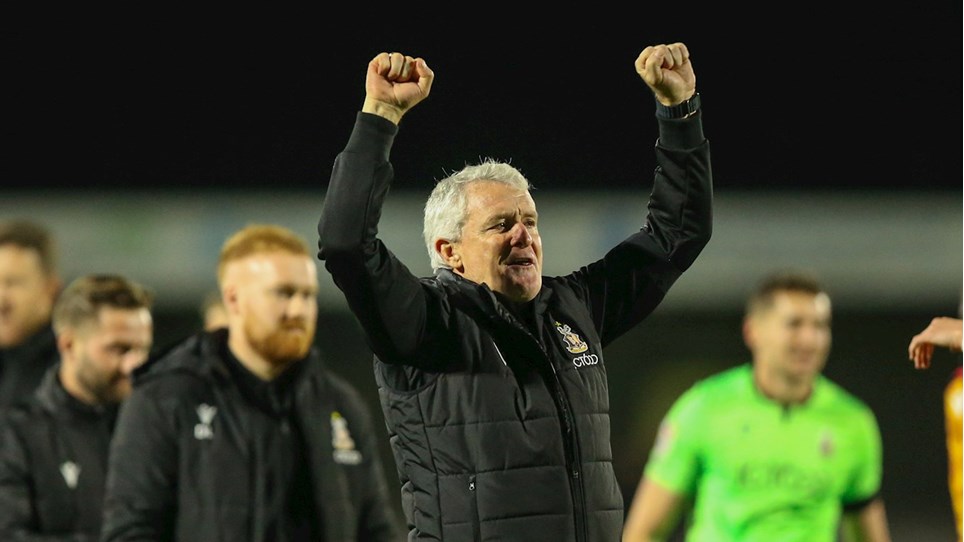