Mark Hughes admitted his frustration at the Bantams’ physicality, after suffering 3-1 defeat to Northampton Town in Sky Bet League Two.

The Bantams boss' disappointment was amplified by the manner in which his side started the encounter, prior to conceding just before the half-hour mark.

Hughes urged his side to be more resilient and disciplined in games, as the Cobblers saw out the game after City's late consolation.

He said: “We had an opportunity today to move into the automatic-promotion spots, but we were not good enough.

“We had the setback when we conceded the error that lead to the opener, and that was compounded by a second, moments later.

“We were 2-0 down and scratching our heads, especially when we started as brightly as we did.

“We found it very difficult against a tough team. They are strong, physical and caused us a lot of problems.

“Too many times we overcommitted in the middle of the pitch and led us to be susceptible to breaks against us.

“It was a real poor display, in terms of losing our shape, and our reaction when things go against us.

“We have to be more confident physically and that has shown today. We need to improve.”

Hughes demanded his side to be more authoritative in their decision-making, particularly in offensive areas, as City squandered early chances to take the lead.

The Welshman is determined for City to regain their form at the University of Bradford Stadium, but insists “no alarming bells are ringing” as the Bantams look to bounce back and recover their momentum in midweek.

“We did have good chances,” Hughes added.

“(Harry) Chappy went close and we had a really good move with (Scott) Banksy, where he should have played in Brad (Halliday).

“That just comes down to decision-making. Sometimes we get it right, and we have done recently, but today they developed into chances that benefited the opposition.

“It is still a learning process and we need to sort our form out at home.

“It is clearly becoming a concern for us, as it is undermining what we want to do.

“We are desperate to get back on track, like we did last time.

“Salford will be difficult on Tuesday, but we have got to bounce back. Two great performances followed our setback against Harrogate, so we need to start again and return to good form.” 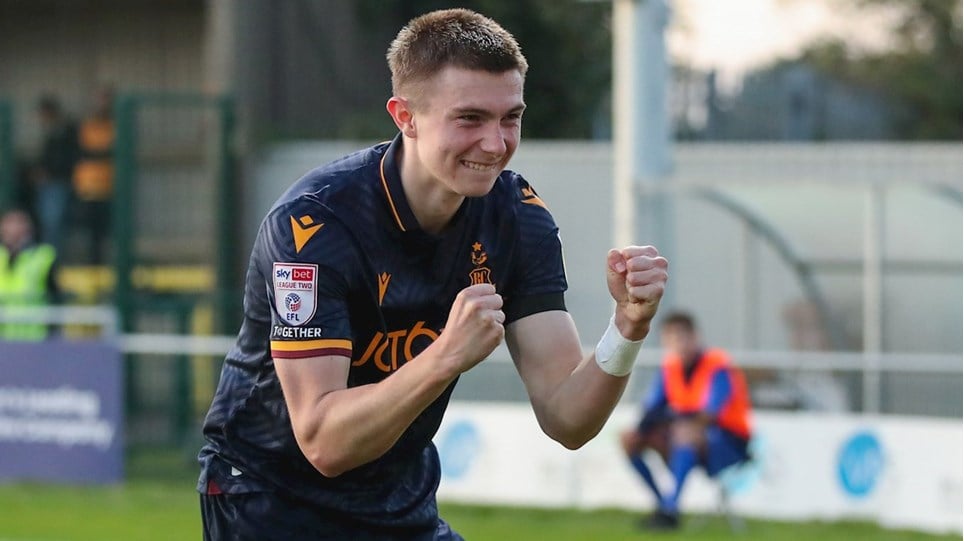