City fell to their first home defeat of the season in Sky Bet League Two, losing 1-0 to Stockport County at the University of Bradford Stadium.

Paddy Madden’s first-half penalty was enough to frustrate the Bantams, and seal all three points for the away side in West Yorkshire.

The visitors started brightly and tested Harry Lewis a few times in the opening stages. The City stopper had to be alert to deny Antoni Sarcevic after two minutes.

Despite this, it was the Bantams who went closest to breaking the deadlock early on. Harry Chapman turned on halfway and fed Tyreik Wright in behind. His cross was cleared as far as Chapman, who spun inside the area before crashing an effort off the crossbar.

City grew into the half as it progressed, getting more touches on the ball and testing Vit Jaros in the visiting goal as Chapman’s effort from an acute angle was tipped behind.

It was County who took the lead, however, when referee Leigh Doughty pointed to the spot midway through the opening period, after Timi Odusina was adjudged to have fouled Antoni Sarcevic.

Madden stepped up and sent Harry lewis the wrong way to give his side the lead heading into the half-time interval.

Mark Hughes’ men began the second period in search of a leveller, following the introduction of Vadaine Oliver and Yann Songo’o at the break. Brad Halliday’s cross was headed over by Andy Cook, before Madden flashed wide of the post at the other end.

The Bantams continued piling pressure on towards the closing stages, though rarely proved able to test the County stopper. Harry Lewis, meanwhile, was called into action to superbly claw substitute Ash Palmer’s header away.

After astute defending throughout the six minutes of additional time, Stockport held on to take the points back to Greater Manchester. 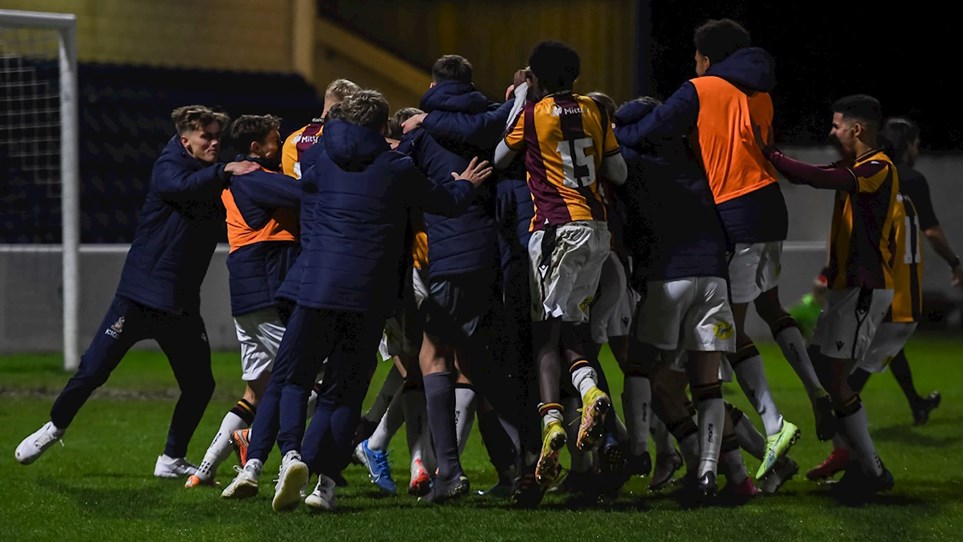 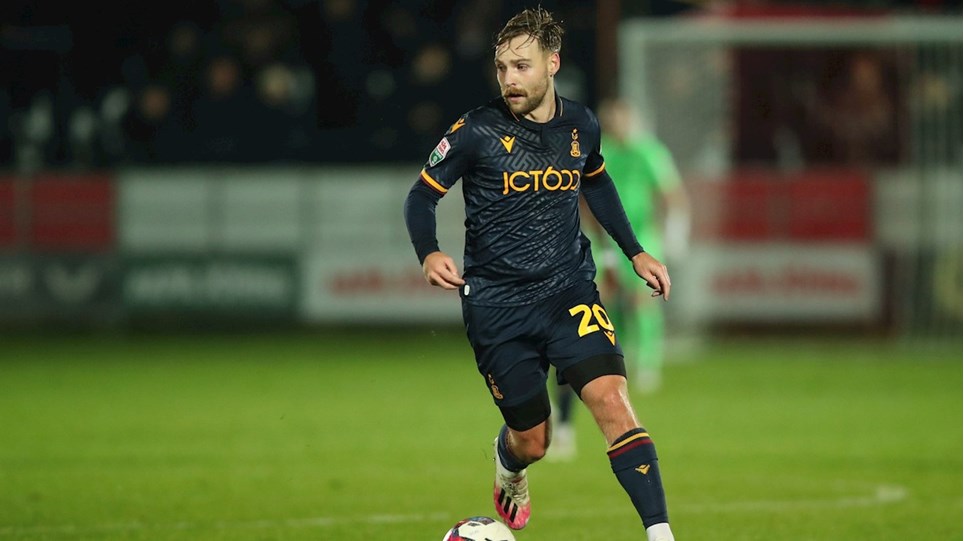 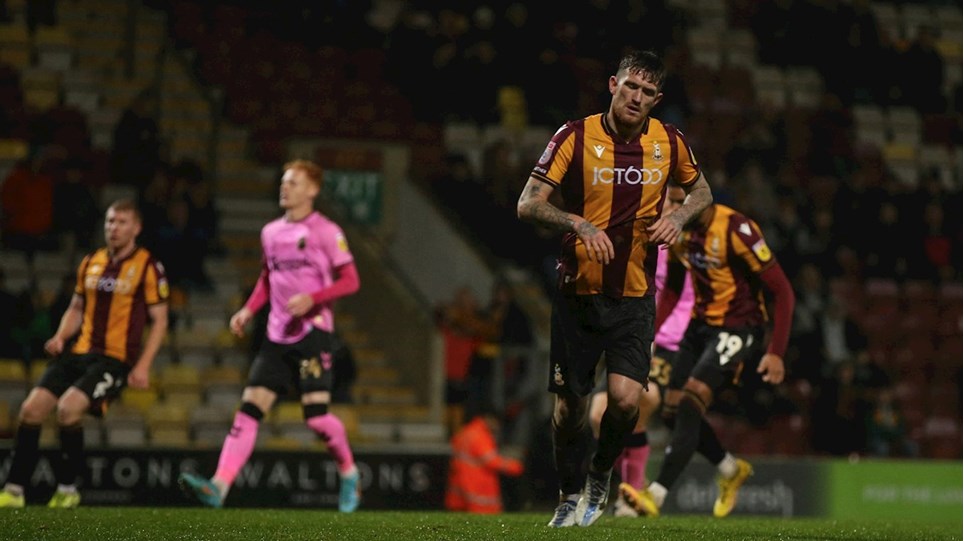