Richie Smallwood has won the August Sky Bet League Two Goal of the Month award, for his left-footed thunderbolt in last month's 2-0 victory over Newport County.

Picking the ball up 35 yards from goal, the City skipper netted his first in claret and amber by weaving away from two defenders and unleashing an unstoppable effort which flew into the top corner.

The winner of the award was selected by a panel of experts, and a public vote. The panel comprises Sky Sports’ EFL experts Don Goodman and David Prutton.

Smallwood said: “It is an honour to win this award, with what was my first goal for Bradford City.

“I do not score many outside the box, so to be able to open my account for my new club with a goal like that was very special, and to do it in front of the Valley Parade crowd made it even better.

“It helped us take an early lead in the game which set us our way to getting our first league win of the season, so it was quite significant on a few different levels.

“I cannot promise there will be loads more to come like that this season, but I just hope to keep contributing towards what will hopefully be a successful campaign for us in whatever way I can.”

Lead Sky Bet EFL Goal of the Month judge, Sky Sports pundit and former City striker Goodman said: “Smallwood dropped down two divisions to join Bradford in the summer, and immediately showed his pedigree with this outrageous 30-yard strike - made even more impressive by the fact it was on his weaker left foot.

“Smallwood’s Newport counterpart, Robbie Wilmott was pre-empting a switch back onto his favoured right side, inviting an attempt with the left foot, and in doing so underestimating the quality Smallwood possesses. Lesson learnt!” 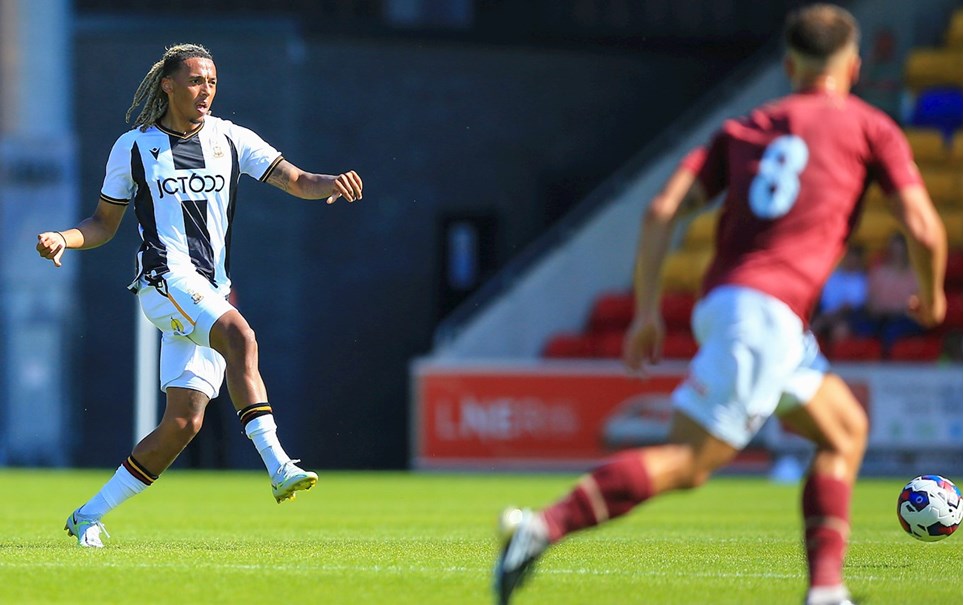