Simon Grayson's Bantams return to action this Tuesday (24 April 2018) when they welcome Milton Keynes Dons to the Northern Commercials Stadium.

This Tuesday's encounter kicks off a run of three successive home matches for Grayson's men in the space of just eight days.

The Bantams will be hoping that the triple header of matches at the Northern Commercials Stadium will give them a real opportunity to make a positive impact on the league standings going into their final match of the season at Scunthorpe United in eleven days' time.

Following the draw at Rochdale on Saturday, Grayson's men will also be aiming to extend their recent three-game unbeaten run.

City were originally due to host MK Dons early last month but the game had to be postponed due to a waterlogged pitch.

Opponents MK Dons will head to Valley Parade under new leadership after previous boss Daniel Micciche was sacked following a 4-0 loss away to Southend United at the weekend.

The defeat left MK Dons still firmly inside the Sky Bet League One relegation zone with just three matches of their league campaign left to be played.

Sadly for MK Dons - who will now be led by Micciche's former assistant Keith Millen for those three games - they could actually be relegated at Valley Parade on Tuesday night.

Should the Dons fail to win against the Bantams and the results in matches involving Oldham Athletic and Rochdale on the same evening also go against them, then their relegation down to League Two will be confirmed.

Bradford City
Callum Guy could be back in contention for this Tuesday's fixture after missing the weekend draw at Rochdale due to a knee injury.

Tyrell Robinson is expected to be sidelined once again, however, as the club continue to look into his shoulder injury.

Jake Reeves (groin) and Alex Jones (ankle) have both been ruled out for the remainder of the season due to recent operations.

Ryan McGowan is also unlikely to feature again this season as he remains on the road to recovery from a knee injury.

Milton Keynes Dons
New caretaker boss Keith Millen could look to make changes to the MK Dons side in his first game in charge, as City's visitors aim to bounce back from Saturday's heavy loss at Southend United.

Scott Golbourne, Kieran Agard and Robbie Muirhead - all of whom started at Southend from the bench - could be given recalls on Tuesday night by Millen.

First choice goalkeeper Lee Nicholls is expected to miss the rest of the season with a hand injury, meaning fellow shot-stopper Wieger Sietsma is likely to deputise in goal once again. 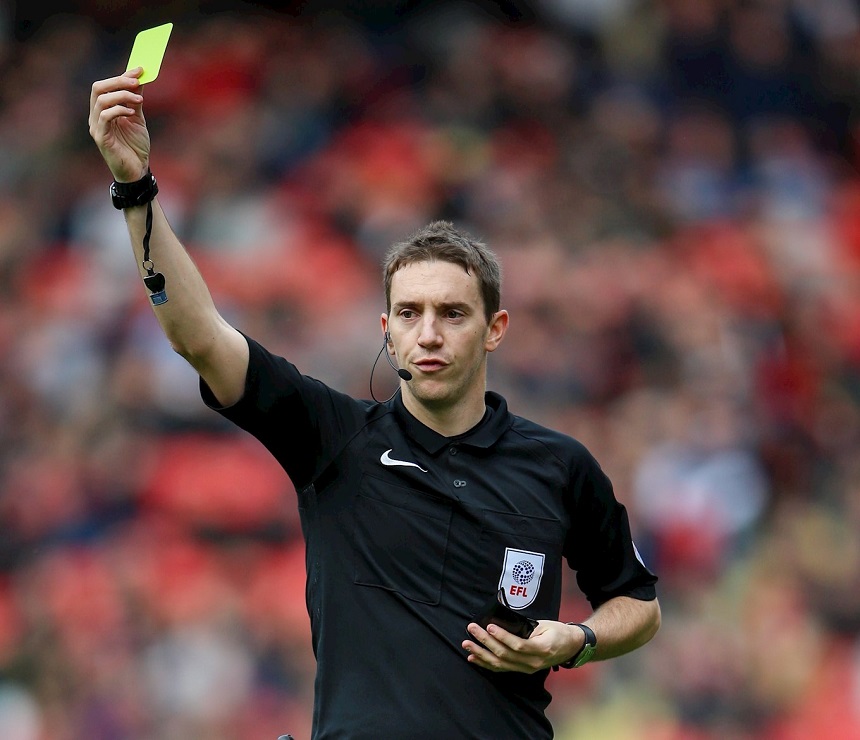 Match Officials
Ben Toner is set to be this Tuesday's match referee. Mr Toner, who was also scheduled to take charge of the original fixture back in March, has officiated thirty-two games so far this season, mainly in Sky Bet League One and League Two. His most recent game in the middle involving City came back in December 2016 when he took charge of the 1-1 draw away at Walsall. The two assistant referees on Saturday will be Andrew Hendley and Alf Greenwood. The fourth official is set to be Gary Hilton.

Win The Shirt Off My Back
City's match-day prize raffle to return this Tuesday - your chance to win the Man of the Match's actual match-worn shirt! Please click HERE for more details.

Back the Bantams
City are currently priced at 13/10 to defeat MK Dons at the Northern Commercials Stadium.

Alex Gilliead is available at 17/2 to opening the scoring, while Kai Breunker can be backed at 2/1 to score at anytime during the game.

Coverage
For those unable to get to Northern Commercials Stadium on Tuesday, City supporters can follow live updates from the Milton Keynes Dons game via the club's official website, plus Facebook and Twitter pages.

Full audio match commentary of the MK Dons match can be found via iFollow Bantams. Keep up to date with BBC Radio Leeds' Tim Steere for match action and reaction from the game.

A goal in each half from Grayson's men ensured City claimed a 2-0 win over MK Dons, extending their recent unbeaten run to four matches in the process.

Nathaniel Knight-Percival then made sure of the points for the Bantams ten minutes from the end when he crashed in a strike after Charlie Wyke and Sietsma had tussled for the ball in the box.

After missing the draw with Rochdale at the weekend, fit-again Callum Guy was brought back into the side for Romain Vincelot as Grayson made one change to his starting line up.

Although the night would ultimately prove to be a successful and fairly routine one for the Bantams, City did have to survive a scare early on when Chuks Aneke found the crossbar with a header from a Marcus Tavernier corner.

The Bantams responded soon enough from a set-piece of their own, however, to take the lead of the contest.

After Guy had seen a shot from the edge of the box deflect wide, Tony McMahon sent the resulting corner delivery towards the far post and Dieng was there to plant a towering header into the corner.

Wyke was lurking by the goal-line and appeared to possible get a touch on the ball as it went in but the goal was credited to Dieng.

In fairness to MK Dons - a side who came into the game knowing they could have been relegated - they continued to play their part in the fixture.

For all of their efforts, though, the visitors failed to really trouble Colin Doyle in the Bantams goal.

The nearest MK Dons came to testing City's Irish shot-stopper in the first period after Dieng's opener came just before the half hour mark.

Tavernier turned neatly towards goal in the box after receiving the ball but his left-footed strike whistled just past the post.

The final clear scoring chance of the half fell to the Bantams when Wyke headed a cross down into the path of strike-parner Kai Bruenker inside the post.

Bruenker fired for goal on the half-volley and the bouncing effort skipped off the pitch, forcing Sietsma to reach up and tip over the bar.

As with the first period, MK Dons started bright enough after the restart but never truly looked like threatening the City goal.

Josh Tymon did force a low save out of Doyle after a strike from the edge of the box, but Ousseynou Cisse was more wasteful with the visitors' next effort.

The giant midfielder fired comfortably over the bar with a curling strike from outside the box.

At the other end, City could have easily doubled their lead, but Bruenker fired over from a decent position in the box following Guy's cut-back from the byline.

Nicky Law was introduced into the action midway through the second period, and he was inches away from reaching a Wyke centre across the six yard box just minutes after coming on.

MK Dons continued to try and look for a way back into the contest as time ticked on - Ed Upson firing wide after a forceful run into City territory - but the Bantams defence was in no mood to let go of their clean sheet.

City put themselves firmly in the driving ten minutes from the end of normal time when they converted from another set-piece.

McMahon's free-kick from deep into the box was chested on by Knight-Percival, leading to Wyke and Sietsma tussling for the loose ball inside the box.

Sietsma was able to get a glove on the ball as he dived at Wyke's feet, but Knight-Percival was on hand to crash home into the roof of the net as the ball ran free to him.

The game appeared to be in the bag for City at this stage, and they could have actually made the scoreline look even more convincing two minutes from the end.

McMahon's effort for goal direct from a free-kick just outside the box crashed against the top of the bar with Sietsma scrambling across his line.

Dieng kept the attack alive for City by heading back across goal as the ball dropped down to him from the night's sky.

Wyke connected in the middle with a header of his own to send the ball looping towards the far post.

Sietsma was beaten, but a recovering Upson somehow got back in time to stick out a foot and hook the ball off the line.

With City's confident manner obvious at this stage and MK Dons looking a beaten side, Wyke went close again at the start of injury time when another header of his dropped narrowly wide of the far post from a McMahon free-kick.

MK Dons did have one last chance to register on the score-sheet themselves further into injury time, but Knight-Percival was on hand to make a big block after Robbie Muirhead's corner had fallen kindly into the path of Aneke inside the box.