The Portsmouth match is one of three rearranged fixtures for Grayson's men in just a two-week period, and the first of four home matches out of their next five league games.

Kenny Jackett's Pompey were originally due to face the Bantams towards the beginning of March, but snowy conditions brought on by the 'Beast from the East' caused a postponement.

With as many as six matches left in City's league campaign, Grayson's side will believe that anything is still possible between now and the end of the season.

Portsmouth head to Valley Parade just one point and one place outside the Sky Bet League One play-off positions.

Pompey have drawn their last two matches - both coming away from their Fratton Park base.

An injury time own goal from Rochdale's Matt Done rescued Portsmouth a point from an entertaining 3-3 draw at the Crown Oil Arena earlier in the month.

Portsmouth's most recent outing came on Saturday when they drew 0-0 against fellow play-off contenders Plymouth Argyle at Home Park.

Bradford City
Romain Vincelot will be hoping to be back in contention this Tuesday after missing the draw with Shrewsbury due to a nasty gash on his knee.

Matthew Kilgallon and Charlie Wyke could also be involved against Portsmouth after battling on with knocks during the Shrewsbury match.

After recently receiving further treatment on an on-going ankle problem, Alex Jones is expected to feature with the Development Squad in a Central League fixture at Morecambe on Tuesday afternoon.

Jake Reeves (groin) and Ryan McGowan (knee) continue to be sidelined, however.

Portsmouth
Loanee defender Anton Walkes is expected to miss out after damaging his hamstring during the six-goal encounter at Rochdale.

Matty Kennedy is a doubt for the visitors after sitting out the weekend draw at Plymouth due to a calf problem.

Pompey are likely to stick with experienced striker Brett Pitman up top.

The 30 year-old has netted twenty-two times for Portsmouth in all competitions so far this season.

Evans spent two seasons at Valley Parade earlier in his career between 2009 and 2011. 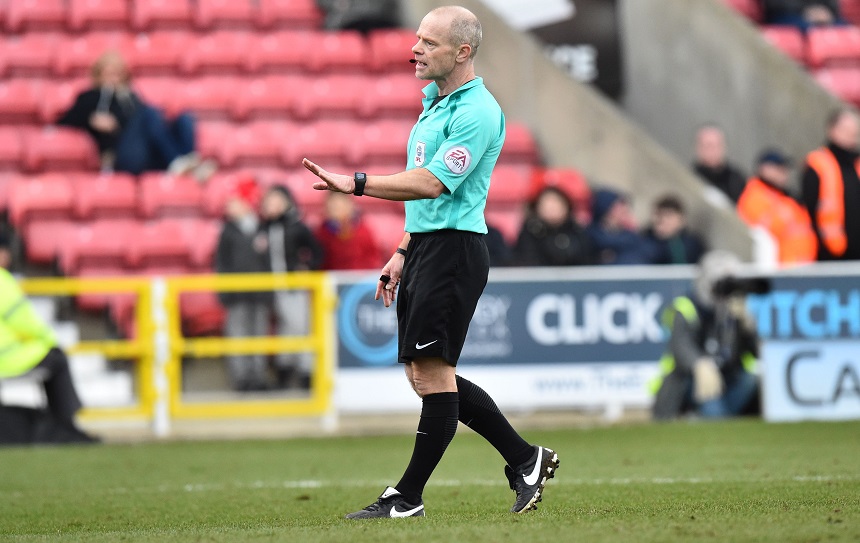 Match Officials
Experienced referee Andy Woolmer is set to take charge of Tuesday's fixture. Woolmer, who has been officiated at EFL level since 2004, has taken charge of twenty-one games so far this season - mainly at League One level. His previous match in the middle involved City came back in November 2016 when the Bantams lost out at Southend United. The two assistant referees for the Portsmouth match will be Akil Howson and Philip Dermott. The fourth official at the Northern Commercials Stadium is set to be Ollie Yates.

The FULL pre-match video interview with Grayson can be found at iFollow Bantams - HERE.

City are currently priced at 23/10 to defeat Portsmouth at the Northern Commercials Stadium.

The Bantams are also priced at 11/1 to beat Portsmouth by a 2-1 scoreline.

Kai Bruenker is available at 7/1 to opening the scoring, while Alex Gilliead can be backed at 10/3 to score at anytime during the game.

Full audio match commentary of the Portsmouth match can be found via iFollow Bantams. Keep up to date with BBC Radio Leeds' Tim Steere for match action and reaction from the game.

The Bantams returned to winning ways with an excellent display against play-off chasing Portsmouth this Tuesday evening. City got off to a great start with Nathaniel Knight-Percival scoring his fourth goal of the season after Tony McMahon's free-kick was helped into his path by Matthew Kilgallon. The visitors equalised just after the hour-mark through a deflected Brett Pitman effort before substitute Matthew Lund edged City back ahead. Charlie Wyke put the icing on the cake in added time, scoring from close range after Luke McGee parried McMahon's free kick into his path.

It was always going to be a closely fought encounter, particularly judging by the reverse fixture at Fratton Park back in October. The first chance was a half chance and it fell the way of Kal Naismith; the winger helped Jack Whatmough's long-throw towards goal and Colin Doyle had to be switched on to make a low save at his near post.

With City's first chance, came the first goal of the evening. Tony McMahon's corner was helped on towards the far post by Matthew Kilgallon and in the right place at the right time was Nathaniel Knight-Percival to hammer the ball into the roof of the net despite Luke McGee's best attempts to keep it out.

Chances, in truth weren't happening too frequently with both sides doing plenty of battling in the middle of the park with Callum Guy shining once again. His direct opponent in the midfield for Portsmouth was Connor Ronan who looked bright and he saw a shot from distance pushed round the post by Colin Doyle.

Portsmouth's leading marksman Brett Pitman was kept quiet for long spells, particularly in the first half and after he saw a shot held by Doyle, one of the men who kept shackles on him, Matthew Kilgallon then saw an audacious attempt from distance go a couple of yards wide of the target.

The second half started in the same vein as the first with both sides cancelling each other out in the main but with the odd chance here and there for both sides. Guy saw a half volley sail a few yards over the bar after doing well to get into an advanced position inside the box.

Nathan Thompson did a great job at right-back up against Tyrell Robinson and he had a very good chance before the hour to level things up, but 15 yards from goal, he saw a swing with his weaker left-foot go comfortably wide of the target.

Portsmouth piled on the pressure after bringing Stuart O'Keefe and Oliver Hawkins off the bench and it paid off just after the hour mark when they found an equalising goal. Pitman tried his luck with a shot from distance and it took a slight but telling deflection off McMahon which took the ball past Doyle in front of almost a thousand travelling supporters.

Matthew Lund made his return from injury, coming off the bench for Kai Bruenker and he made a crucial impact. Shortly after seeing a goalbound shot blocked by Whatmough, he scored to edge the Bantams ahead. After latching onto Charlie Wyke's flick on, he battled his way past Matthew Clarke to get goalside of him before prodding the ball past a rooted McGee.

The evening was marred by an injury to Tyrell Robinson which left him having to be stretchered off after a tangle with Nathan Thompson and ultimately resulted in the fourth official adding nine minutes on at the end of the 90.

Portsmouth sensed an opportunity to score a late equaliser with the aerial threat of Hawkins asking a real question of the City back-line but Wyke scored in the fifth minute of added time to put the result beyond doubt. McMahon tried to catch McGee out with a shot at goal from a free-kick and the Pompey stopper could only parry the ball into the path of the Bantams' leading scorer who smashed the ball into the roof of the net. An excellent win for Simon Grayson's men who look to finish the season strongly. With five games to go, there is still plenty to play for.