City kick off their February fixtures with an away match at Oldham Athletic this Saturday (3 February 2018).

The Bantams will be hoping that a change of month can result in a change of fortunes after a difficult period of results throughout January.

City's hopes of securing victory at Oldham at the weekend are likely to be boosted by the return of some injured players.

The Bantams' clutch of new signings last week - Kai Bruenker, Matthew Lund, Stephen Warnock and Ryan McGowan - will also have surely benefited from their first full week of training with Stuart McCall's side.

Opponents Oldham are currently positioned twenty-second in the League One table.

The Latics, who were recently taken over by Moroccan football agent Abdallah Lemsagam, lost out to Plymouth Argyle at the SportsDirect.com Park in their last outing.

Oldham Athletic
Transfer deadline day signing Wilfried Moimbe could be involved for Oldham at the weekend.

The Frenchman, who joined on a short-term deal following his release from Nantes, can play in midfield or at left back.

Eoin Doyle rejoined Oldham on loan on Wednesday's deadline day after netting fourteen goals in twenty-one appearances in the first half of the season.

The striker is out until March, however, after being diagnosed with a blood clot last month.

George Edmundson is back available after missing the defeat to Plymouth last weekend due to suspension.

Duckens Nazon could be looking for his first start following a recent loan move from Wolverhampton Wanderers.

Nazon, who spent the first part of the season on loan at Coventry City, came on for his Oldham debut as a first half substitute for Ousmane Fane during the Plymouth defeat last Saturday.

Rob Hunt is expected to be sidelined with a hamstring problem.

Bradford City
Experienced duo Colin Doyle and Tony McMahon could be back in contention for the Bantams after recently returning to training following injury.

Doyle had been sidelined since November with a knee problem, while McMahon has missed the last month due to a thigh injury.

Recent recruits Stephen Warnock, Matthew Lund and Ryan McGowan will all be pushing for starting berths after a full week of training under their belts.

McGowan is available for trip to the SportsDirect.com Park after his international clearance came through this week.

Jake Reeves is a doubt, however, with City forced again into looking at the midfielder's troublesome groin problem.

Tyrell Robinson and Alex Gilliead are both making progress from hamstring problems but this Saturday's game is expected to come too soon for the duo.

Omari Patrick (knee) and Alex Jones (ankle) remain sidelined, although Jones has been able to join in with running sessions out of the grass this week.

Jacob Hanson continues on the road to recovery after being diagnosed with glandular fever last month.

Kit Colours:
The Bantams will be wearing their first choice claret and amber 'home' strip at Oldham. 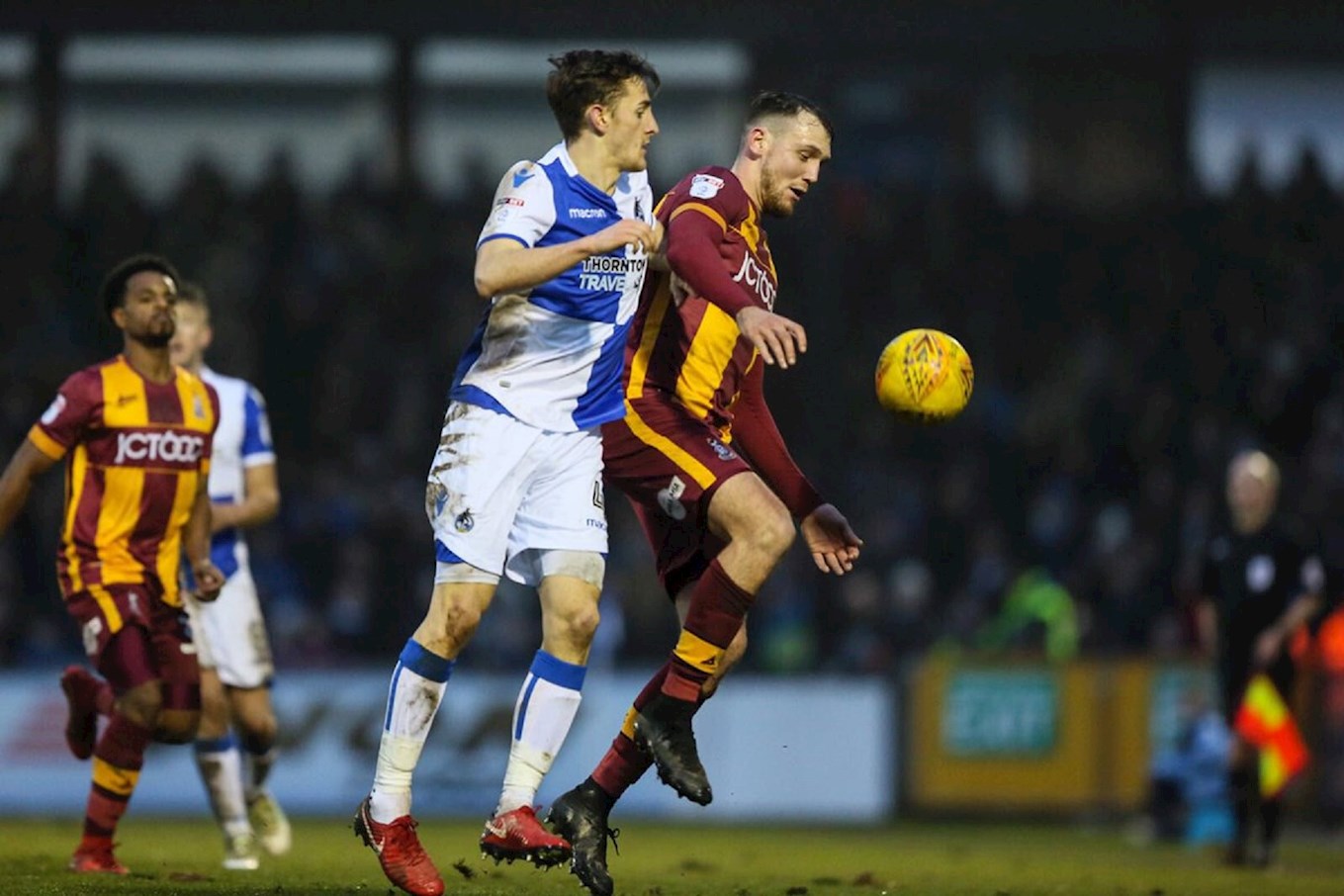 Previously at the SportsDirect.com Park

Away Fans' Guide
All of the travel and match-day stadium information for Saturday's trip to the SportsDirect.com Park (HERE)

Tickets
City's ticket office have now SOLD OUT of their allocation for Saturday's game. Supporters can pay on the day at Oldham but prices will increase to the following totals: 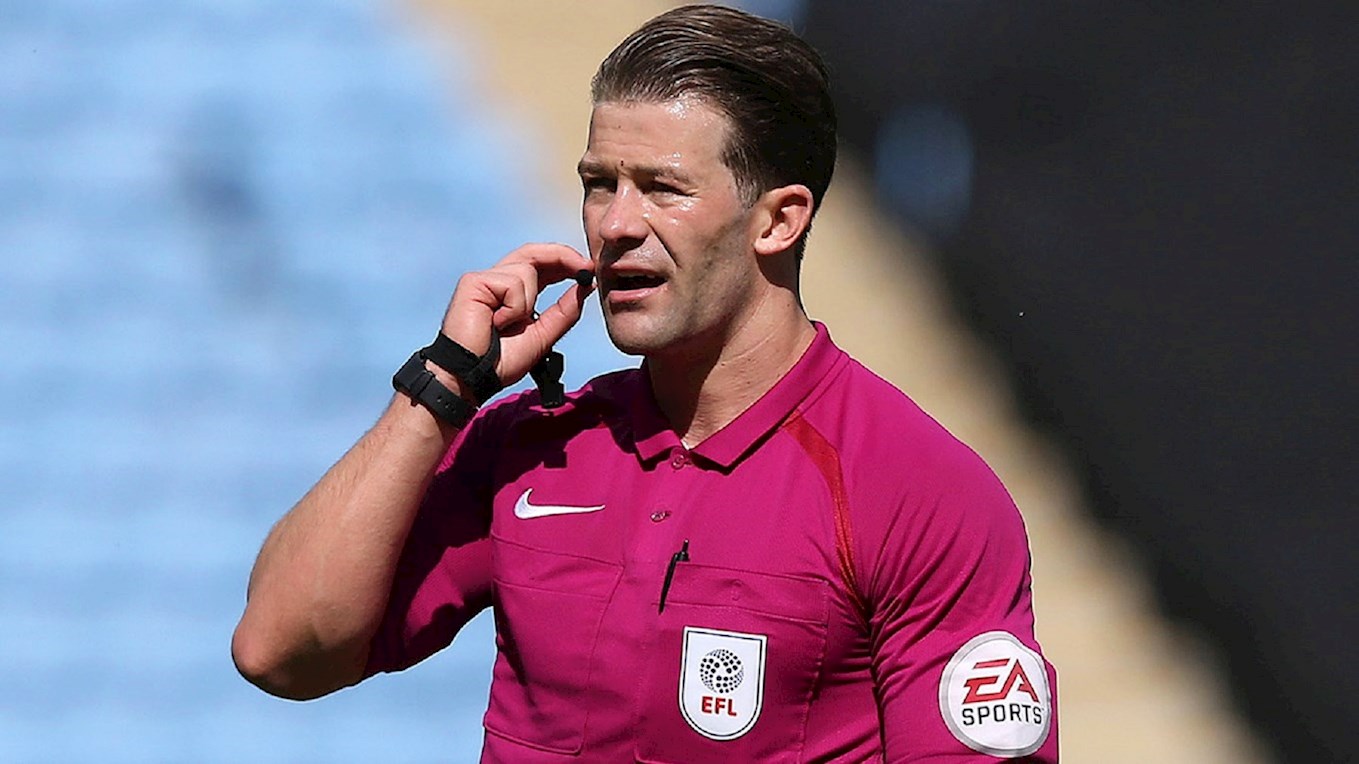 Match Officials:
Mr Anthony Backhouse will take charge of this Saturday's encounter. The referee, who is enjoying his first season at EFL level, has officiated two City matches so far during the campaign. He was in the middle for the Doncaster Rovers league match and Chesterfield FA Cup tie - matches City both won 2-0. The assistant referees for Saturday's game will be Barry Gordon and Michael D'Aguilar. The fourth official at the SportsDirect.com Park is scheduled to be David Benton.

Stuart McCall's side are currently priced at 7/4 to defeat Oldham at the SportsDirect.com Park

The Bantams are also priced at 9/1 to beat Oldham by a 2-1 scoreline.

Matthew Lund is available at 12/1 to opening the scoring, while Charlie Wyke can be backed at 6/4 to score at anytime during the game.

Full audio match commentary of the Oldham match can be found via iFollow Bantams. Keep up to date with BBC Radio Leeds' Tim Steere for match action and reaction from the game.

The Bantams fell to another league defeat and it was Oldham Athletic who this time proved to be victorious. Cameron Dummigan opened the scoring with a wonder-strike from distance which went in off the underside of the bar. Aaron Amadi-Holloway crucially doubled the home side's lead with a late header with Jordan Gibson's goal a couple of minutes later proving to be nothing more than a consolation goal.

Stuart McCall made six changes to the team that were heavily beaten by AFC Wimbledon last weekend and deployed a 3-5-2 formation. Adam Chicksen, playing as a left wing-back had the first chance of the game and it was a presentable one. Tony McMahon's cross was flicked on by Charlie Wyke and then Shay McCartan's touch guided the ball into his path before hitting a shot on the bounce well over the bar to let the hosts off the hook.

Despite City's noticeably bright start to the game, it was Oldham who took the lead. The ball was worked to Cameron Dummigan and he unleashed a rocket of a shot which went into the back of the net, via the underside of the crossbar. There was simply nothing at all that the returning Colin Doyle could have done to keep it out.

The goal gave the hosts a great deal of confidence and shortly afterwards, Dan Gardner saw a looping header tipped over the bar by Doyle. Referee Anthony Backhouse also limped off injured to be replaced in the middle by one of the two linesmen, Michael D'Aguilar.

Shay McCartan saw an attempted bicycle kick not quite go as well as his attempt at Fleetwood on New Year's Day and then Doyle made a big save to deny Duckens Nazon who ran through on goal after latching onto Gardner's incisive through ball.

The Bantams weren't creating a great deal of chances but the game was still open for any team to take advantage of in terms of the direction of the outcome. Timothee Dieng was brought on against his former club and he certainly added more bite and tenacity to the midfield on a very worn surface.

The move of the match led to a Callum Guy chance as City measured each pass in the final third to open up Athletic but unfortunately the build-up wasn't ended with a goal that it deserved as the Derby County loanee saw a fierce shot from the edge of the box whistle just wide of the post.

Time was running out for City and after McCartan saw a superb low cross into the six-yard box amount to nothing, another ex Oldham man Dominic Poleon was brought on as the Bantams looked to try knock on the door for an equalising goal.

With the minutes remaining down to single figures, Oldham doubled their advantage through Aaron Amadi-Holloway. Two substitutes combined as Ryan McLaughlin floated a cross into the box which was guided into the bottom corner by the head of the Welsh forward, leaving Doyle rooted to the spot and helpless.

Jordan Gibson was brought off the bench for a late cameo after a bright stint in last weekend's defeat and he halved the deficit with his first goal for the club. Looking to cause Oldham some problems down the left-hand side, he got the better of his man before seeing a low cross towards goal somehow get the better of Johny Placide at his near post.

A healthy six minutes were added on at the end of the 90 and Poleon spurned a very good opportunity to level the scores with just seconds to go, slicing a shot wide of the target after a shooting chance fell his way inside the box. Colin Doyle hurriedly came forward for the last corner and basically the last action of the game but it unfortunatelyt amounted to nothing as the hosts cleared their lines and held on for a victory and three points.