After missing out on a match last weekend due to Wigan Athletic's involvement in the Emirates FA Cup, City's Plymouth fixture this Saturday will be their first in ten days and only Grayson's second official match in charge of the Bantams.

Having only just arrived at the club at the time, Grayson and assistant Glynn Snodin brought along Kenny Black and Greg Abbott to help guide them through the Charlton Athletic fixture a week last Tuesday.

This time around, however, Grayson should have a better idea about his newly acquired squad and will feel in a stronger position to begin to put his own stamp on things.

It could be argued then that this will be the new manager's first 'proper' game in charge of the Bantams.

Grayson and his City squad will travel to Devon this weekend ready to face a Plymouth side who have enjoyed a quite remarkable turnaround since the first league meeting between the two teams.

Plymouth were bottom of the table when they headed to the Northern Commercials Stadium for the reverse fixture back in November.

Thanks to a stunning run of form, though, Derek Adams' Pilgrims now find themselves level on points with the Bantams after a superb spell of five straight victories.

Plymouth have actually only lost once in fourteen games since their defeat at the hands of the Bantams in the FA Cup in early December.

Plymouth Argyle
The Pilgrims spent the early part of the week in the sunshine of Spain, training at the Marbella Football Centrer in the Costa Del Sol in preparation for the visit of City.

Plymouth could recall Oscar Threlkeld to their side at the weekend after the right back missed last Saturday's win at Oxford United due to illness.

A return to the side for Threlkeld would likely mean Zak Vyner, who filled in at right back at Oxford, moving across into his usual centre back position.

Bradford City
Bantams centre half Matthew Kilgallon returns from suspension after missing the draw at Charlton Athletic last time out.

Fellow defender Ryan McGowan is expected to miss out, however, after the Australian underwent surgery on a knee injury this week.

Jake Reeves continues to be sidelined with a troublesome groin problem, although Alex Jones and Omari Patrick are edging ever closer to a return to first team contention.

Earlier this season (in the league)

Away Fans' Guide
Check out all the relevant match-day information for those supporters making the trip to Home Park this Saturday - HERE.

Ticket update
Supporters will be able to pay on the day at Home Park this Saturday but prices will increase by £2.00 from the pre-match admission rates. Fans can either pay cash on the turnstiles or by card from the ticket office.

Minute's applause
There will be a minute's applause ahead of kick off on Saturday in honour of former Plymouth chairman Robert Daniel, who sadly passed away last week.

One Game, One Community
Saturday's game will be Plymouth's 'One Game, One Community' match-day, an event which is part of the national Kick It Out campaign that aims to tackle all forms of discrimination in football. There will be a half-time parade by local teams and organisations, while both sides will wear specially commissioned t-shirts during the pre-match warm-up.

Last time using yellow
With this Saturday's game set to be City's final fixture of February, the Plymouth encounter will be the Bantams' last using the yellow 'winter' match-balls. From the Portsmouth game onwards (City's first fixture in March), Simon Grayson's men will go back to using the traditional white match footballs. 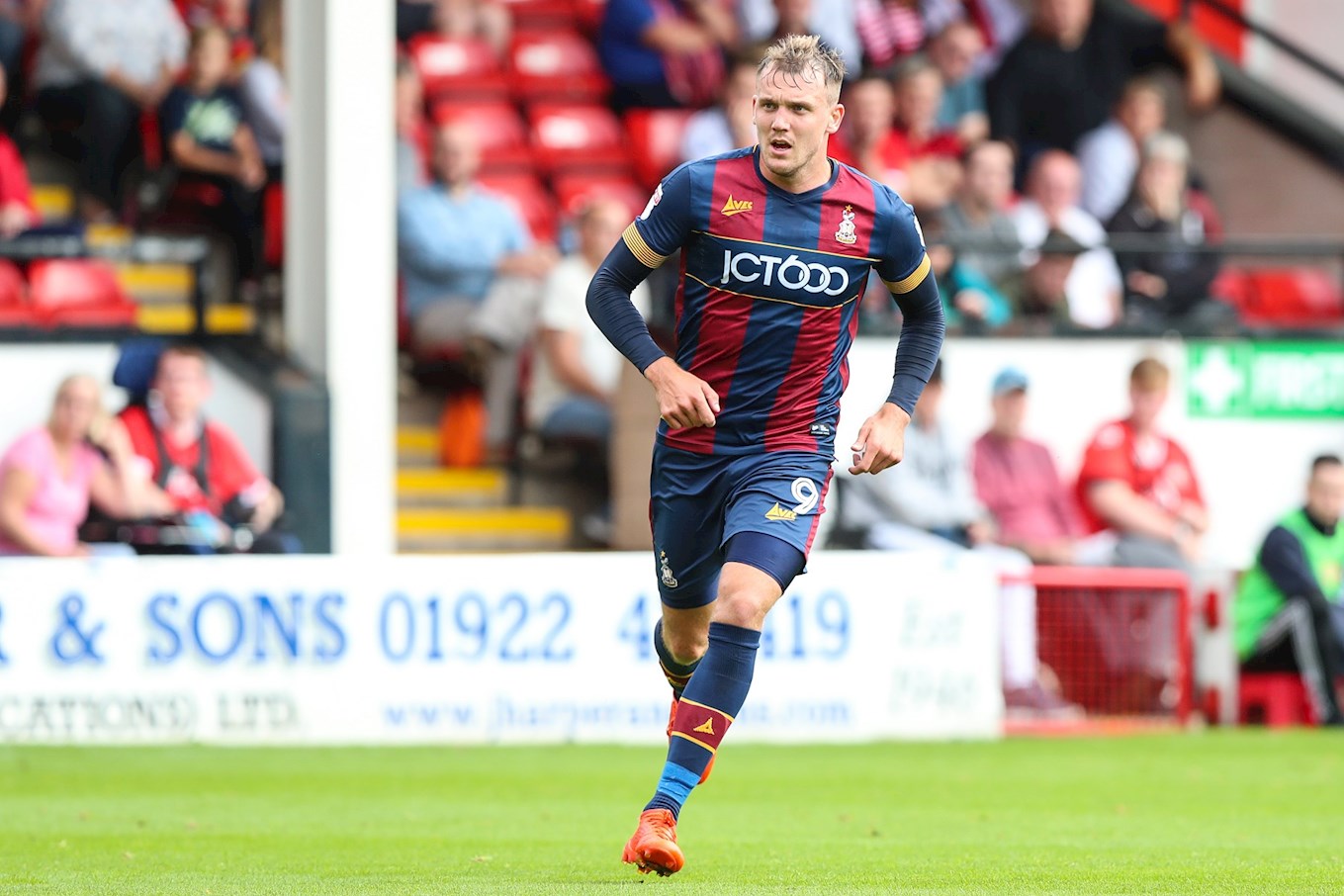 Kit colours
The Bantams will be using their claret and navy 'away' strip at Plymouth this Saturday. 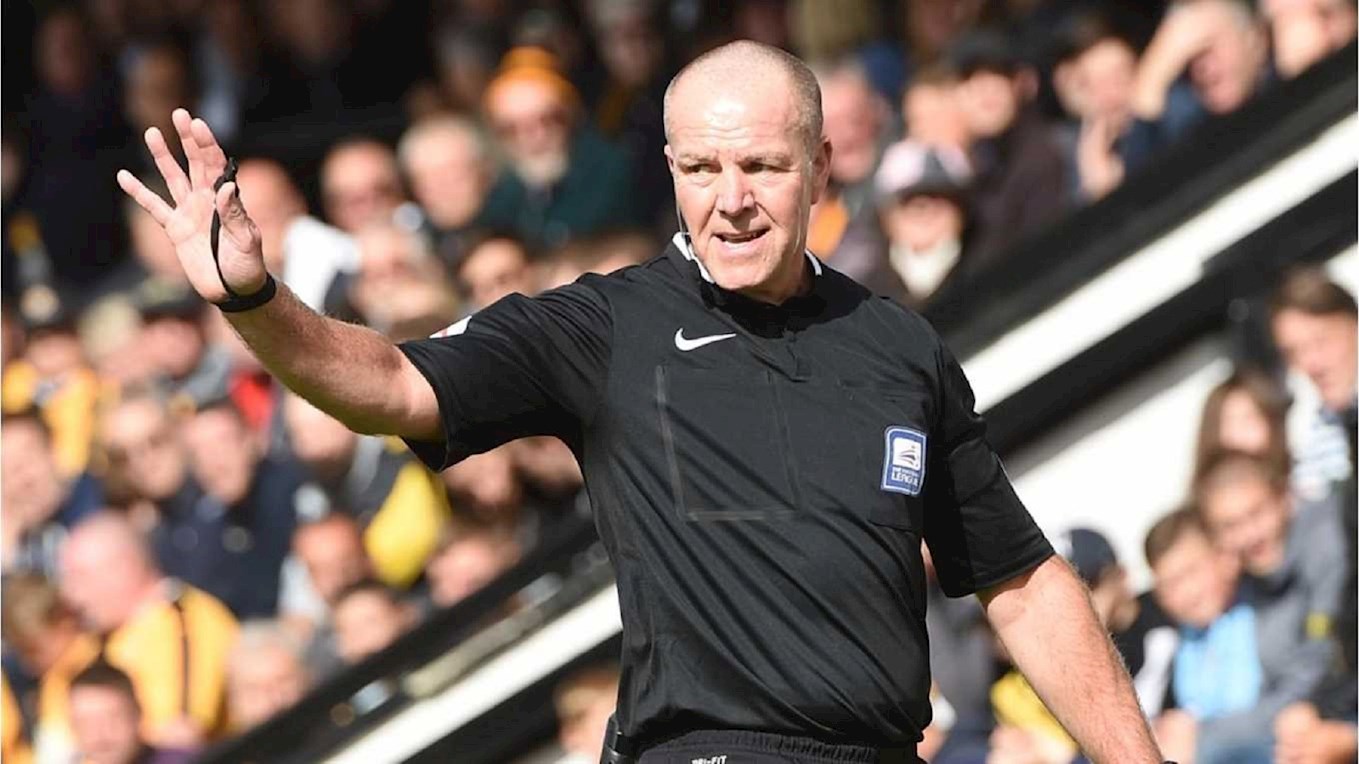 Match officials
This Saturday's contest with Plymouth will be officiated by Graham Salisbury. The Lancashire-based referee has taken charge of thirty matches so far this season, including City's home game with Fleetwood Town back in September. The two assistant referees alongside Mr Salisbury will be Louis Marks and Simon Knapp. The fourth official at Home Park is scheduled to be Mark Russell.

City are currently priced at 9/5 to defeat Plymouth at Home Park.

The Bantams are also priced at 9/1 to beat Plymouth by a 1-0 scoreline.

Tyrell Robinson is available at 12/1 to opening the scoring, while Paul Taylor can be backed at 2/1 to score at anytime during the game.

Full audio match commentary of the Plymouth match can be found via iFollow Bantams. Keep up to date with BBC Radio Leeds' Tim Steere for match action and reaction from the game.

A deflected first half strike from home midfielder Antoni Sarcevic was ultimately the difference as the Bantams were edged out of a tight encounter with Plymouth Argyle.

In a game of few clear cut chances, Plymouth claimed all three points when Sarcevic swooped to fire home just over ten minutes from the break.

The goal had more than a touch of fortunate about it, though, with Sarcevic's drive past Colin Doyle from inside the box taking an important deflection off Nathaniel Knight-Percival on its way into the net.

After a fairly conservative approach in the first period, City pushed for an equaliser after the break, with sub Tyrell Robinson threatening during one opening after Alex Gilliead had fired dangerously across the box.

Simon Grayson's men sadly finished the game with ten men when Charlie Wyke was given his marching orders for a stray arm against Sonny Bradley in the final minute of normal time.

Plymouth came into the game on the back of an impressive five-game winning streak, but there was no real signs of any early alarms for the Bantams against their in-form opponents.

Playmakers Graham Carey and Ruben Lameiras tried to get on the ball for the hosts and pull the strings when they could.

On the whole, however, Grayson's well-drilled troops managed to keep their threat under wraps.

Lameiras - the Portuguese former Coventry City attacker - did warm the hands of Colin Doyle with a sixth-minute shot, but Paul Taylor responded with a similar effort for City at the other end soon after.

Taylor then troubled Plymouth shot-stopper Remi Matthews again later in the half with a shot on the turn from just inside the box.

In truth, there was little in the half as proceedings moved past the half hour mark.

As sometimes happens when confidence levels are up, however, a slice of luck went in favour of Plymouth to move them into the lead.

Lameiras' pass into the box found the well-timed run of Sarcevic to give the midfielder a sight of goal.

Sarcevic's goal-bound shot looked to be heading into Doyle's save range, but a crucial touch off the body of Knight-Percival saw the effort loop up over the diving frame of the City 'keeper and into the net.

Understandably, Plymouth's tails were up at this stage following Sarcevic's opener, and they pushed for a second before the break.

Lameiras fired narrowly wide of the near post with a drive from inside the box after Graham Carey had crossed low into the middle.

Carey himself went close towards the start of the second half when he fizzed a rising drive just past the side-netting by Doyle's near post.

Grayson responded by bringing on Robinson and Dominic Poleon just before the hour point, and the changes seemed to have the desired effect. 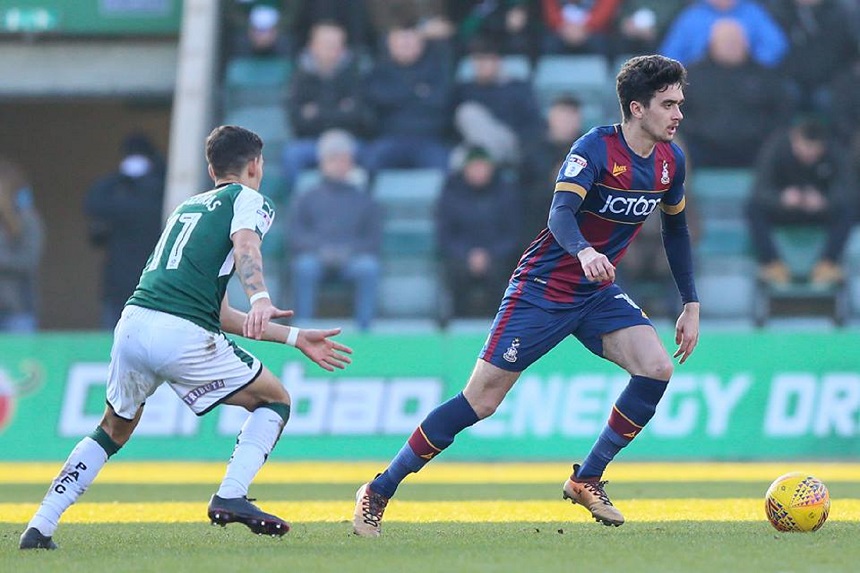 City were able to play further into Plymouth's half with greater regularity and give the hosts more to worry about.

The Bantams still needed to keep things locked up at the back, however, and Romain Vincelot was required to make a brave block after Bradley had headed Lameiras' far post corner down into the path of Sarcevic.

The strong piece of defending from City's skipper would prove to be his final meaningful act of the game, with the Frenchman making way for Matthew Lund soon after in the Bantams' final substitution of the day.

As City looked to make it a nervous ending for the hosts and their fans, they created arguably their best chance of the afternoon just over ten minutes before the end of normal time.

Gilliead played a low cross into the middle, Robinson, looking for a repeat of his recent Charlton Athletic goal, again got across his full back from the other flank but this time the winger couldn't get a proper touch on the ball as it agonisingly fizzed across the box.

Any decent touch from the winger there would have surely given City a great chance of getting back on level terms.

In defence of Robinson, though, the youngster did claim a push in the back by his marker Oscar Threlkeld that went unspotted.

The Pilgrims brought on defensive duo Yann Songo'o and Aaron Taylor-Sinclair in the closing stages as they looked to see out the game.

City's chances of creating an uncomfortable finish to the game for Plymouth were dealt a blow by a red card to Wyke just before injury time.

After consulting the assistant referee nearby, referee Mr Graham Salisbury gave Wyke a straight red card for his tangle with Bradley.

It remains to be seen if City will appeal the red card, although the striker was protesting his innocence post-match.

With City now a man light but still pushing forward for a late leveller, Plymouth could have netted a second in the fouth and final minute of injury time.

City were caught out playing out from the back, Jamie Ness tackling Callum Guy to give himself a clear sight of goal.

Ness only had Doyle to beat but the midfielder's lofted effort past the 'keeper from an angle drifted just past the far post.