Following the weekend trip to Bristol Rovers, Stuart McCall's Bantams are back on the road again this Tuesday (23 January 2018) for their Yorkshire derby with Rotherham United.

With only four points and two places separating the two neighbours, this particular derby encounter could have even more excitement and drama than normal.

This Tuesday's match will be City's first visit to the AESSEAL New York Stadium since April 2014, when the Bantams battled to a goalless draw against the Millers.

McCall's men will be looking to claim the 'double' - home and away victories -  over the Millers this season following a hard-fought 1-0 win at the Northern Commercials Stadium back in September.

City's midweek match with Rotherham is a re-arranged fixture.

The Bantams were originally due to meet the Millers at the start of the month, but the first fixture was postponed due to City's Emirates FA Cup third round tie at Yeovil Town.

Rotherham United
The Millers could look to give Michael Smith his first start after the striker joined from Bury earlier this month.

Following a recent period out with a knee injury, Jon Taylor is another who could been named in Rotherham's starting XI against City.

Taylor has been on the bench the last two games but Millers boss Paul Warne might feel now is the right time to recall the winger.

Fellow midfielder Darren Potter continues his fight for fitness after an Achilles injury.

Bradford City
Adam Chicksen could make a return to City's match-day squad after being sidelined for the past three months with a thigh injury.

Adam Thompson could also be involved for the trip to Rotherham after a recent groin problem.

Colin Doyle is making good progress from a knee injury but this Tuesday's game is expected to come too soon for the Irish goalkeeper.

Away Fans' Guide
Check out all you need to know about match-day at the AESSEAL New York Stadium (including ticket details) - HERE. 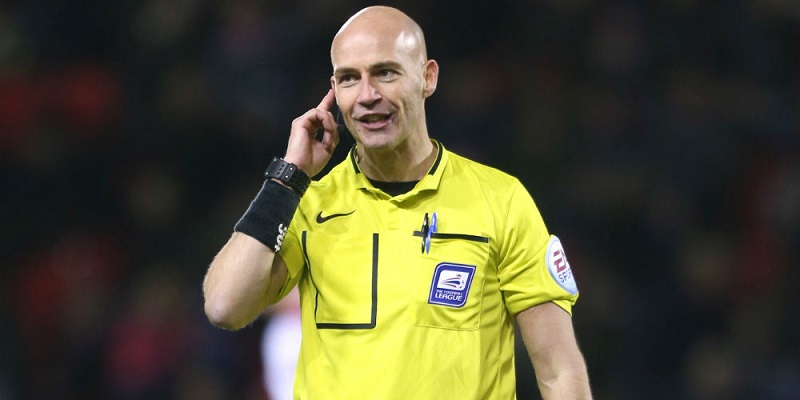 Match Officials
Experienced official Darren Drysdale will take charge of Tuesday's match. The Rotherham game will be Mr Drysdale's 30th of the campaign so far. The referee, who has officiated at EFL level since 2004, was in the middle for City's Carabao Cup tie with Doncaster Rovers last August. His most match came at the weekend in AFC Wimbledon's home win over Blackpool. The two assistant referees on Tuesday will be Helen Byrne and Alix Pashley. The scheduled fourth official at the New York Stadium will be Paul Graham.

Kit Colours
City will be wearing their navy and claret 'away' strip at Rotherham. 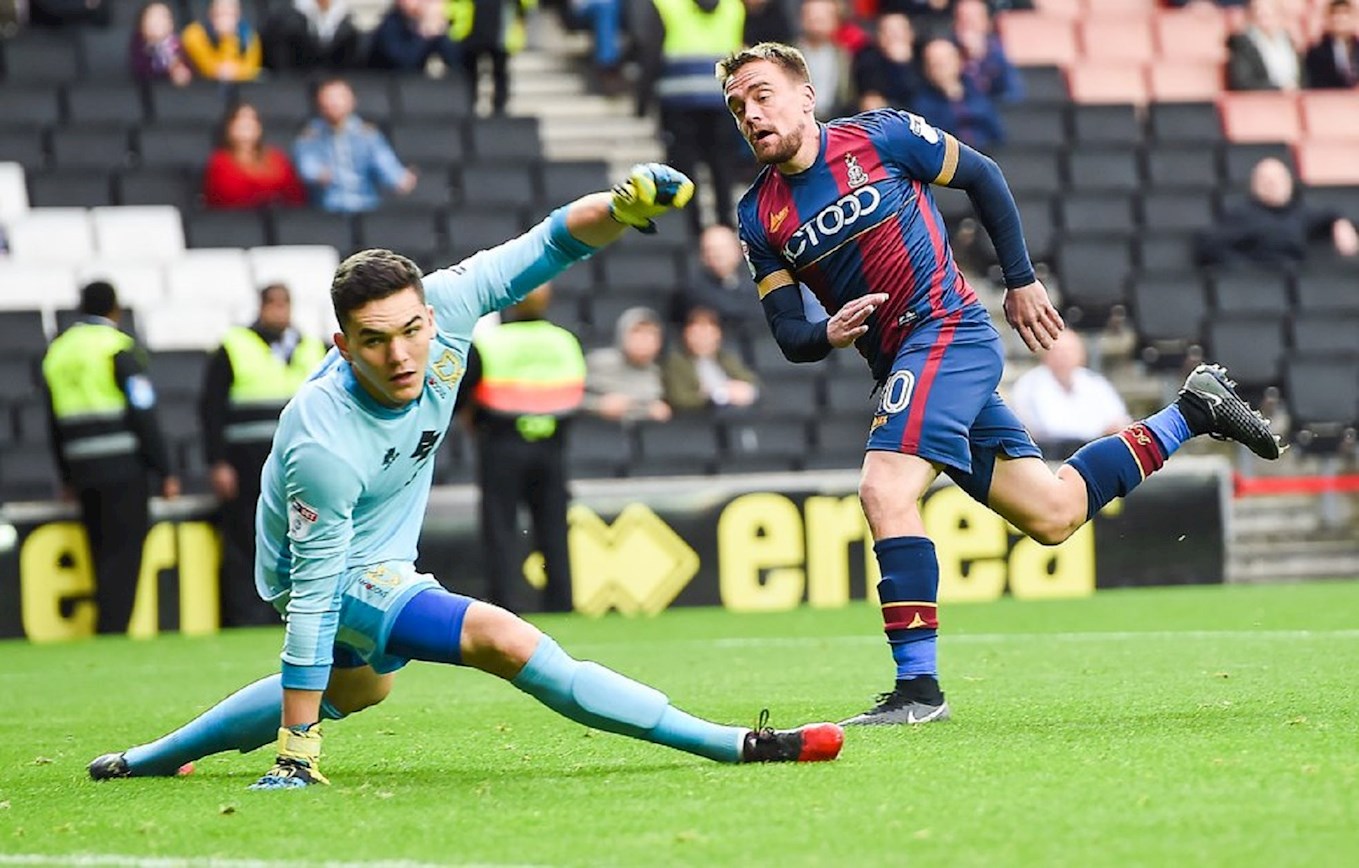 Stuart McCall's side are currently priced at 5/2 to defeat Rotherham at the AESSEAL New York Stadium.

The Bantams are also priced at 11/1 to beat Rotherham by a 2-1 scoreline.

Charlie Wyke is available at 9/2 to opening the scoring, while Paul Taylor can be backed at 2/1 to score at anytime during the game.

Coverage
For those unable to get to the AESSEAL New York Stadium on Tuesday, City supporters can follow live updates from the Rotherham United game via the club's official website, plus Facebook and Twitter pages.

City's Facebook and Twitter pages will include game updates on match-day, while the 'Match Centre' on the official website will give supporters all the stats, news and match-day action.

Full audio match commentary of the Rotherham match can be found via iFollow Bantams. Keep up to date with BBC Radio Leeds' Tim Steere for match action and reaction from the game.

The Bantams fell to defeat on the road at the hands of an in-form Rotherham United side. City started the game well backed by over 1,500 travelling supporters but fell behind to a Michael Smith header, and from there on in it was an uphill challenge. It looked as if Stuart McCall's men would get themselves back into the game with a bright start to the second period but Joe Newell slammed his side into an ultimately telling two-goal lead just before the hour mark.

The scorer of the opening goal Smith had recently joined the Millers from League One rivals Bury and he connected with an Anthony Forde cross to head towards goal only to see his attempt held onto by Rouven Sattelmaier.

City had the ball in the net shortly afterwards as a powerful Callum Guy cross took a deflection and beat Marek Rodak at the near post but the linesman's flag was up to chalk the goal off - it seems the ball had gone out of play on it's way to the Rotherham goal.

Smith spurned another headed opportunity after latching onto David Ball's centre before Forde and Romain Vincelot failed to hit the target with hopeful shots from distance. The Bantams were certainly asking questions of the home defence and Paul Taylor and Nicky Law both went close before the Millers took the lead.

The home side had a clear height advantage and this proved an advantageous factor as Smith, the tallest man on the pitch, was the one who latched onto Forde's free-kick delivery to plant a header past Sattelmaier from close range.

The opening goal going to United was a blow to City who had arguably been the better side in the first quarter of the game and then the hosts went close to doubling their lead just after going ahead with Smith going close again shortly after the lively Paul Taylor had rocketed a shot just wide down the other end of the field.

Before the half was out, there was still time for one more chance for the Bantams. Timothee Dieng opted not to try and thread a pass through to Tyrell Robinson who had marauded forward to his left and instead he cut inside onto his right foot before curling a shot inches wide of the post with Rodak at full stretch.

Attacking the away fans in the second half, City came out of the traps with a bit between their teeth and Charlie Wyke forced Rodak into an uncomfortable looking save. Taylor was the next to force Rodak into action with a powerful angled drive after being picked out by Romain Vincelot and you could sense an air of positivity and optimism with the majority of the second half still to be played.

Just before the hour Rotherham doubled their lead and it was a goal which knocked the stuffing out of Stuart McCall's men. Smith latched onto Richie Towell's cross to force a save from Sattelmaier with downward header and the rebound fell kindly to Joe Newell who slammed the rebound into the back of the net.

The confidence levels of the home side raised significantly as they took complete control of the game and the Bantams struggled to retaliate to a rampant Rotherham side at this stage. Newell himself had a couple of half chances at doubling his tally soon afterwards; first a cross-shot fizzed just wide of the post before seeing an angled drive kept out by the legs of Sattelmaier.

It was all Rotherham in the final quarter of the game and they continued to search for goals. Smith went close with a header in what was a near identical set-play to the one he scored from in the first half. Anthony Forde was the net to head the ball wide but in doing so, he collided with Tyrell Robinson who was forced off with an injury - his departure from the field left City down to ten men with all three changes already made.

Into a healthy five minutes of added time, Rotherham went close through a Will Vaulks rocket before Sattelmaier denied substitute Jonson Clarke-Harris with a smart low stop. Time had ran out on the Bantams who despite having their bright patches in the game, ultimately endured a difficult evening in South Yorkshire.