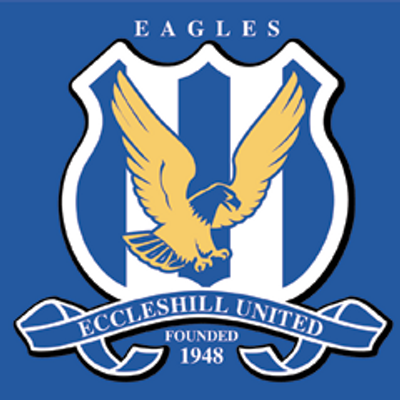 The Bantams collected their second pre-season victory in twenty-four hours with a comfortable success over Eccleshill United.

Tyrell Robinson broke the deadlock after a fine run and shot, with a late Daniel Pybus double completing the scoring.

Pybus was given the full ninety minutes at the Mitton Group Stadium, along with Rouven Sattelmaier and Alex Gilliead.

Alex Jones and Shay McCartan played up until the seventieth minute.

Romain Vincelot (sore ankle) and Timothee Dieng (kick on his calf) both missed out on scheduled apperances as a precaution.

Gilliead was at the heart of City's first opening of the game, his seventh-minute drive from outside the box stinging the hands of Eccleshill 'keeper Dominic Smith.

Pybus was the next to try his luck from distance but once again Smith was equal to it, the shot-stopper tipping over the young midfielder's effort.

While City were looking comfortable and in control for large parts, plucky Eccleshill did have their own moments in the first half.

Jonny Irving saw a shot repelled by Sattelmaier, while the hard-working Marcus Edwards twice nearly worked a shooting opportunity for himself.

City were soon back to finding their shooting boots, however. Callum Gunner saw an effort from just outside the area pushed over by Smith.

Jones then found himself through on goal after sprinting clear just before the half hour mark but his goal-bound shot was touched behind by the alert Eccleshill custodian.

McCartan couldn't quite find the target from a free-kick a yard or so outside the area, while strike-partner Jones ended the half with two chances of his own.

His first - a shot on the turn from inside the box - was straight at Smith, while the striker fired narrowly wide of the far post with an angled drive shortly afterwards.

With City starting the second period once again on the front-foot, Jones forced Smith into another save minutes after the restart.

Eccleshill enjoyed a mini purple patch midway through the half, however, with Manning sending a header just past the far post and Chris Lever seeing a half-volley from the edge of the box held by Sattelmaier.

The busy Edwards then fired at Sattelmaier by his near post from another home opening.

City recovered from those brief scares to finally engineer a breakthrough roughly twenty minutes from the end.

A driving run from Robinson into the box ended with the young left-footer firing a low angled drive into the far bottom corner.

Hudson fired inches wide with a drive from the edge of the box minutes later, before City doubled their lead.

The Bantams' substitute trialist winger on show played Pybus into space inside the box and the midfielder calmly slotted past Smith.

The same trialist tried to get himself on the scorescore ten minutes from the end but his rising drive rattled against the crossbar.

With City in cruise control at this stage, Gilliead fired narrowly soon after.

Pybus netted City's third five minutes from the end when he finished a neat passing move by slotting home past Smith.