Simon Grayson's Bantams return to the Northern Commercials Stadium this Saturday (24 March 2018) for their Sky Bet League One fixture with Gillingham.

With ten league games of the regular campaign now left to play, Grayson's men will be targeting a return to winning ways when Gillingham arrive to Valley Parade at the weekend.

The Gills, under the leadership of Steve Lovell, are currently one point and one place below City in the league table.

Due to their postponed home fixture against Blackburn Rovers last weekend, Gillingham's match with the Bantams will be their fourth successive game on the road.

Gillingham's three previous away outings have seen them collect one win, one draw and one defeat.

The Kent-based side were successful in the most recent of those three away matches - a 3-1 victory at Portsmouth two weeks ago.

Bradford City
The Bantams will be hopeful that Paul Taylor can prove his fitness in time to be involved in this Saturday's match-day squad.

Omari Patrick and Alex Jones are working hard on their own fitness levels, but the duo are not expected to feature at the weekend.

Matthew Lund is likely to be sidelined for the next couple of weeks with a hamstring injury.

Adam Chicksen is still away on international duty with Zimbabwe, while Charlie Wyke is set to serve out the final match of his three-game ban.

Jake Reeves could be back in contention in the next few weeks following a troublesome groin problem, although Ryan McGowan is likely to be out for virtually all of the remainder of the campaign with a knee injury.

Gillingham
Gills attacker Josh Parker is currently away with Antigua and Barbuda, meaning the striker will miss the trip to Valley Parade at the weekend.

The quartet of Connor Ogilvie, Bradley Garmston, Rhys Murphy and Liam Nash should all be fine to feature in Gillingham's match-day squad following recent illness.

Boss Steve Lovell may have a decision to make after replacing Tom Eaves with Conor Wilkinson at half time during the Gills' game at Portsmouth last time out.

Wilkinson scored following his interval introduction as Gillingham came from behind to secure the win.

The FULL pre-match video interview can be found on iFollow Bantams - HERE.

The Parader
City's official match-day magazine returns this Saturday with the Gillingham edition. The latest programme features an in-depth interview with cover-star Colin Doyle. The Bantams shot-stopper also answers a selection of fans' questions from social media. On top of that, the Gillingham issue features words from Bantams assistant Glynn Snodin and Nicky Law as well, plus Ryan McGowan's 'Dream Team' selection.

Win The Shirt Off My Back
The club's match-day prize raffle which gives supporters the chance to win the Man of the Match's actual match-worn shirt returns on Saturday! Please click HERE for more details.

Tickets
Details on how to purchase home match tickets can be found HERE.

Club staff members will be on hand at the Community Hub between 2:00pm and 2:45pm on Saturday to assist with any online queries regarding Season Tickets. 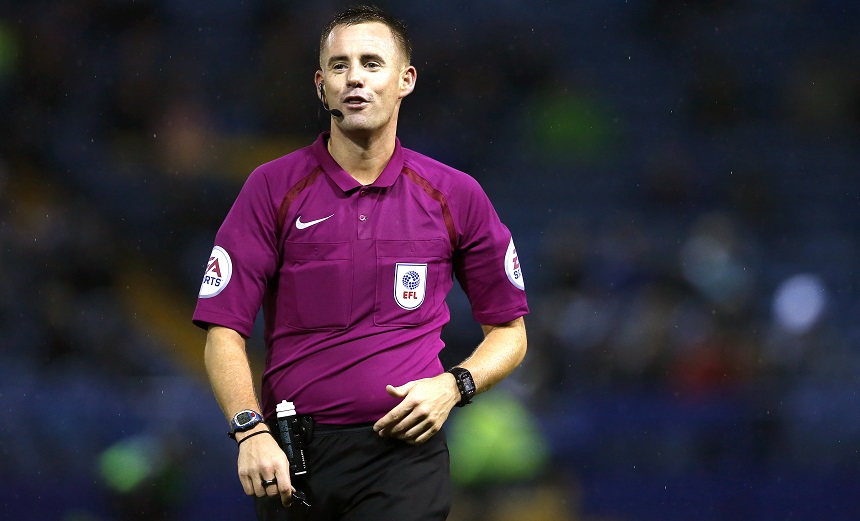 Match Officials
Ross Joyce is scheduled to take charge of Saturday's home encounter with Gillingham. Mr Joyce has officiated thirty-five games so far this season, mainly in Sky Bet League One and League Two. The Cleveland-based referee was in the middle for three City matches last season - the home encounters against Rochdale and Oldham Athletic, plus the league fixture away at Fleetwood Town. The assistant referees for the Gillingham game Craig Taylor and Barry Gordon. The fourth official at the Northern Commercials Stadium will be Andy Haines.

City are currently priced at 21/20 to defeat Gillingham at the Northern Commercials Stadium.

The Bantams are also priced at 6/1 to beat Gillingham by a 1-0 scoreline.

Shay McCartan is available at 11/2 to opening the scoring, while Joel Grodowski can be backed at 2/1 to score at anytime during the game.

Full audio match commentary of the Gillingham match can be found via iFollow Bantams. Keep up to date with BBC Radio Leeds' Tim Steere for match action and reaction from the game.

The Bantams ended an eleven-game run without success to bounce back to winning ways with a hard-fought and narrow victory against Gillingham. Dominic Poleon scored from twenty yards out early in the second half to edge Simon Grayson's side ahead, and City battled hard thereafter to get themselves over the line for their first three-point haul under the Bantams boss.

Fresh from claiming his second cap for Ireland as recently as Friday evening, Colin Doyle was able to keep his place in the side after flying back from Turkey.

Poleon and Stephen Warnock were brought into the side, however, with Tyrell Robinson missing out after picking up an injury at Doncaster Rovers last Monday.

As many might have expected, the game started very much in the balance. The first couple of half chances of the afternoon belonged to Gillingham and after Bradley Garmston dragged a shot wide of the target, Matthew Kilgallon made an important block to stop Conor Wilkinson's shot hitting the target.

Callum Guy, who was probably the best player on the pitch for the Bantams, saw a rasping angled drive diverted behind for a corner by Gillingham defender. Garmston has another attempt shortly afterwards that failed to hit the target, before Callum Reilly's thunderous strike from distance fizzed inches over the bar.

Gillingham had a decent spell of pressure with a number of corners and crosses going into the box needing to be dealt with. One chance of note in this peroid of time belonged to Gabriel Zakuani who headed wide of the target from Garmston's cross whilst under pressure from Nathaniel Knight-Percival.

Poleon had his first significant involvement in the final third in the latter stages of the first half but he couldn't hit the target with a shot on the turn before Colin Doyle had to make a save to keep out Wilkinson's header down the other end. The Irish stopper received deserved credit for playing and earning a clean sheet less than 24 hours after playing in Turkey for the Republic of Ireland.

Scott Wagstaff and Callum Guy went close before Wagstaff went close again shortly afterwards, when Garmston had ended a promising counter-attack with a low cut-back into his direction.

Gillingham probably created the most significant play in the final third in the first half, but the first chance of the second half brought the first goal. Poleon received the ball in a pocket of space central to goal and he set sights with a low 20-yard drive which found the bottom corner.

Guy had an opportunity a couple of minutes later to double City's lead, but his low drive from outside the box was straight at Tomas Holy who made a routine stop to keep him at bay.

Tom Eaves, Gillingham's leading scorer, was brought on as a substitute and he caused one or two problems for the Bantams. Kai Bruenker was brought on by Simon Grayson's side and he certainly proved to be a nuisance for the opposition defenders.

The German forward's first involvement was to play a neat one-two with Poleon before seeing a well-struck shot held onto by Holy. Eaves himself had his first involvement shortly afterwards - he set his sights with a low drive from the edge of the box which was watched all the way and grasped onto alertly by Doyle.

Wilkinson passed up a decent opportunity to level the scores with time very much against Steve Lovell's side; heading over the bar from inside the six-yard box after connecting with Garmston's cross. In injury time the Gills forward saw a free-kick in a promising position deflect behind for a corner. Seconds later, Eaves missed out on a great chance to scramble home a late leveller from close range to leave City breathing a huge sigh of relief.