The Bantams return to the Northern Commercials Stadium this Wednesday (14 March 2018) for their rearranged Sky Bet League One fixture with Wigan Athletic.

The fixture was originally scheduled to take place last month but it had to be postponed due to Wigan's Emirates FA Cup fifth round tie with Manchester City.

Following Wigan's shock success over Pep Guardiola's side in that particular match, the Latics now have a mouth-watering quarter-final encounter with Southampton at the weekend to look forward to.

Wednesday's Wigan match is one of three games City have to catch up on from the original fixture schedule.

Grayson's men are currently six points outside the play-off places with two matches in hand on sixth-placed Peterborough United.

Like the Bantams, Wigan also have games in hand on the teams around them.

The third-placed Latics are three points behind the automatic promotion spots having played two games less than Shrewsbury Town in second spot.

Wigan drew 3-3 with Scunthorpe United at the DW Stadium on Saturday thanks to Gary Roberts' 87th-minute equaliser.

This Wednesday's game will be City's first in eighteen days - their previous league fixture coming at Plymouth Argyle last month.

Bradford City
The Bantams will have to do without the suspended Charlie Wyke as the striker begins his three-match ban this Wednesday.

Jake Reeves (groin) and Ryan McGowan (knee) both remain sidelined, although Alex Jones and Omari Patrick could be back in contention for visit of Wigan.

The pair are pushing for a place in the match-day squad after both making a return from injury in a Development Squad fixture last week.

Wigan Athletic
Latics boss Paul Cook could look to freshen his side on Wednesday night ahead of their massive FA Cup quarter-final with Southampton at the weekend.

Gavin Massey, James Vaughan, Gary Roberts and Alex Bruce, all of whom started last Saturday's home draw with Scunthorpe from the bench, could be handed starting berths at the Northern Commercials Stadium.

Tickets
Supporters can find out match ticket details for this game by clicking HERE.

The Parader
The latest edition of City's official match-day magazine will be on sale in and around the Northern Commercials Stadium on Wednesday for only £3.00. The Wigan Athletic programme features an interview with former Latic Stephen Warnock, with the defender also answering a section of fans' questions from social media. On top of that, this Wednesday's edition also includes Callum Guy talking team-mates and Timothee Dieng picking his 'Dream Team'. 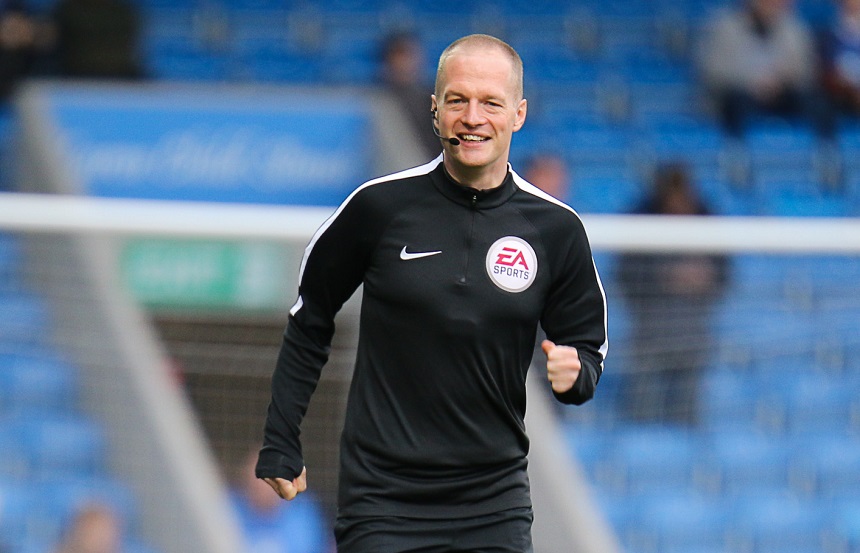 Match Officials
Martin Coy is scheduled to be this Wednesday's match referee. Mr Coy has officiated twenty-six games so far this season, mainly in Sky Bet League One and League Two. The referee is in his first season at EFL level after being promoted up from the National League last summer. The two assistant referees on Wednesday will be Matthew Parry and Wayne Grunnill. The fourth official is set to be Mark Heywood.

Win The Shirt Off My Back
City's match-day prize raffle to return this Wednesday - your chance to win the Man of the Match's actual match-worn shirt! Please click HERE more details.

City are currently priced at 10/3 to defeat Wigan at the Northern Commercials Stadium.

The Bantams are also priced at 9/1 to beat Wigan by a 1-0 scoreline.

Alex Gilliead is available at 12/1 to opening the scoring, while Kai Breunker can be backed at 9/4 to score at anytime during the game.

Full audio match commentary of the Wigan match can be found via iFollow Bantams. Keep up to date with BBC Radio Leeds' Tim Steere for match action and reaction from the game.

On top of all that, iFollow subscribers can get interviews, action, previous encounters and highlights as well in the build up to Wednesday's match.

The Bantams were made to suffer heartbreak as a late Michael Jacobs goal consigned City to defeat in Simon Grayson's first home game in charge. The game was a pretty tight and closely fought affair although Wigan should have led at half time after James Vaughan hit the post. City made the promotion chasers work hard and probably deserved a point for their efforts, but it wasn't to be as Paul Cook's side grabbed all three points with a stoppage time winner.

You always expected Wigan to come and try win the game and they were quick out of the traps. Michael Jacobs went down in the box with Callum Guy in close proximity - he was looking for a penalty but the referee Martin Coy wasn't interested in awarding the visitors an early spot kick.

Just after the quarter-hour mark, Wigan spurned a glorious opportunity to take the lead. Coming up against Simon Grayson, the man who took him to Sunderland last summer, James Vaughan connected with Nick Powell's cross with a deft shot that clipped the outside of the post.

City had their backs to the wall in the early stages to shut out the Latics and involved once again, Jacobs had an attempt at goal after being teed up by Powell but he skewed his shot well wide of Colin Doyle's far post to let the hosts off the hook.

Powell spurned a good opportunity himself; heading over the bar from close range after connecting with Nathan Byrne's cross and then Wigan's Dan Burn appealed aggresively but in vain for a penalty after his cross was blocked by Nathaniel Knight-Percival. Even if the ball did strike his arm, there was no way he could've got his arm out of the way in time to avoid it striking the ball, so certainly not a penalty.

Paul Cook's side had more of the play than the Bantams in the first half and certainly got into more promising positions inside the final third, but they couldn't break down a resolute defence as City battled excellently to ensure they'd get to the interval with honours even.

City were bright at the start of the second half with Tyrell Robinson causing one or two problems down the left-hand side, and Shay McCartan spurned a decent opportunity, heading over the bar after connecting with Tony McMahon's cross.

Latics star man Nick Powell hobbled off injured early in the second half, but he was replaced by leading scorer Will Grigg. It was Jacobs causing City some real problems and he came close to breaking the deadlock, but after evading Romain Vincelot he lashed a shot into the side netting.

City were fighting tooth and nail to at least take a share of the spoils and this was epitomised by Matthew Kilgallon who made a superb block to halt Max Power's shot - it was a block that left him hobbling for a few minutes afterwards; excellent defending by the Bantams number five.

It looked as if the game would be heading for a draw when the ball broke to Jacobs inside the area and he slotted the ball past Doyle in front of the Wigan supporters. The goal proved to be decisive for Paul Cook's men who went back over the Pennines with a three points in the bag.