The Bantams travel to Doncaster Rovers this Monday (19 March 2018) evening for their televised Sky Bet League One fixture at the Keepmoat Stadium.

After the frustration of Wednesday's harsh last-gasp defeat at the hands of Wigan Athletic, Simon Grayson's men will be looking to build on an encouraging display against the Latics by picking up a positive result at Doncaster in front of the Sky Sports cameras.

Following the results of Saturday in League One, Grayson's side find themselves seven points off the play-off spots but with at least two games in hand on teams above them.

Opponents Doncaster are currently placed in seventeeth position in the table, four points off the relegation zone.

Rovers - managed by Darren Ferguson - have drawn three out of their last six matches, losing two of the other recent fixtures.

Doncaster did claim a convincing victory in their previous game on home soil, however, with a 3-0 success over Fleetwood Town.

Doncaster Rovers
Striker Andy Williams could be back in contention for Rovers on Monday night after a sustained period on the sidelines.

Williams, who had previously been out four months with an ankle injury, made an appearance in Doncaster's Development Squad encounter with Walsall last week.

Issam Ben Khemis also featured in the game after recovering from a knee problem.

Alfie Beestin is edging closer to a return to action from an ankle injury, while Tom Anderson (fractured cheekbone) and Andy Butler (knee) are still sidelined.

Bradford City
Charlie Wyke remains unavailable to the Bantams as the striker serves out the second game of a three-match ban.

Jake Reeves (groin) and Ryan McGowan (knee) are also not available to Simon Grayson for the trip to the Keepmoat Stadium.

Paul Taylor could be back in the mix after missing last Wednesday's Wigan fixture due to a knock.

Omari Patrick also has an outside chance of being involved after recently tweaking his hamstring.

Colin Doyle is set to join up with the Republic of Ireland squad for their friendly with Turkey after Monday's match.

Previously at the Keepmoat Stadium

Disabled fans will be asked to pay the age-related amount from the list above. They will also be entitled to a free carer subject to being in receipt of DLA or PIP at the mid or enhanced levels.

Fans will be able to pay on the day at Doncaster, although please note that cash is not accepted at the turnstiles. All matches at the Keepmoat Stadium are ticket only.

Away Fans' Guide
Relevant match-day information for those away fans travelling to the Keepmoat Stadium - HERE.

Kit Colours
The Bantams will wear their claret and navy 'away' strip for Monday's match at Doncaster Rovers. 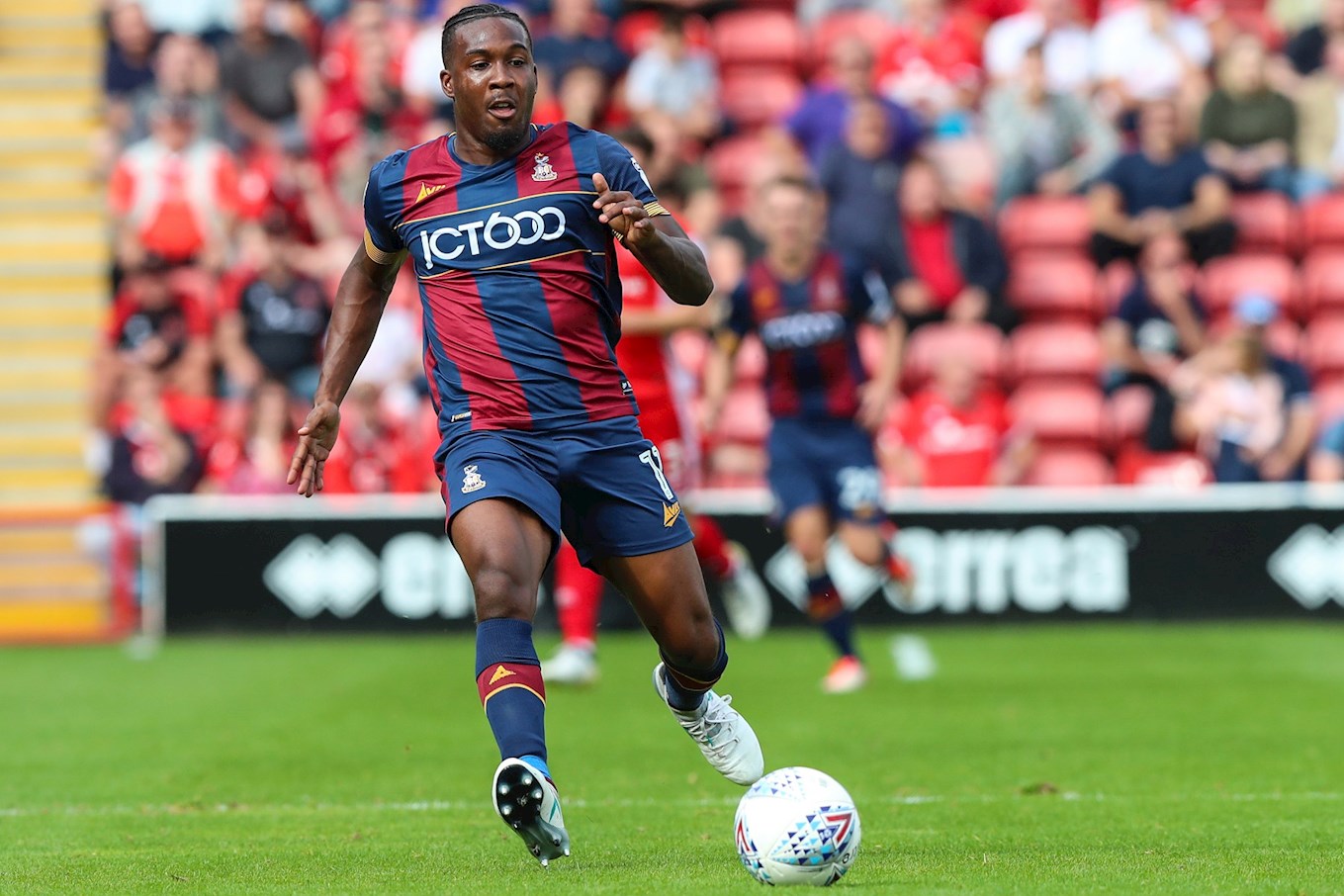 The FULL video interview can be found on iFollow Bantams - HERE. 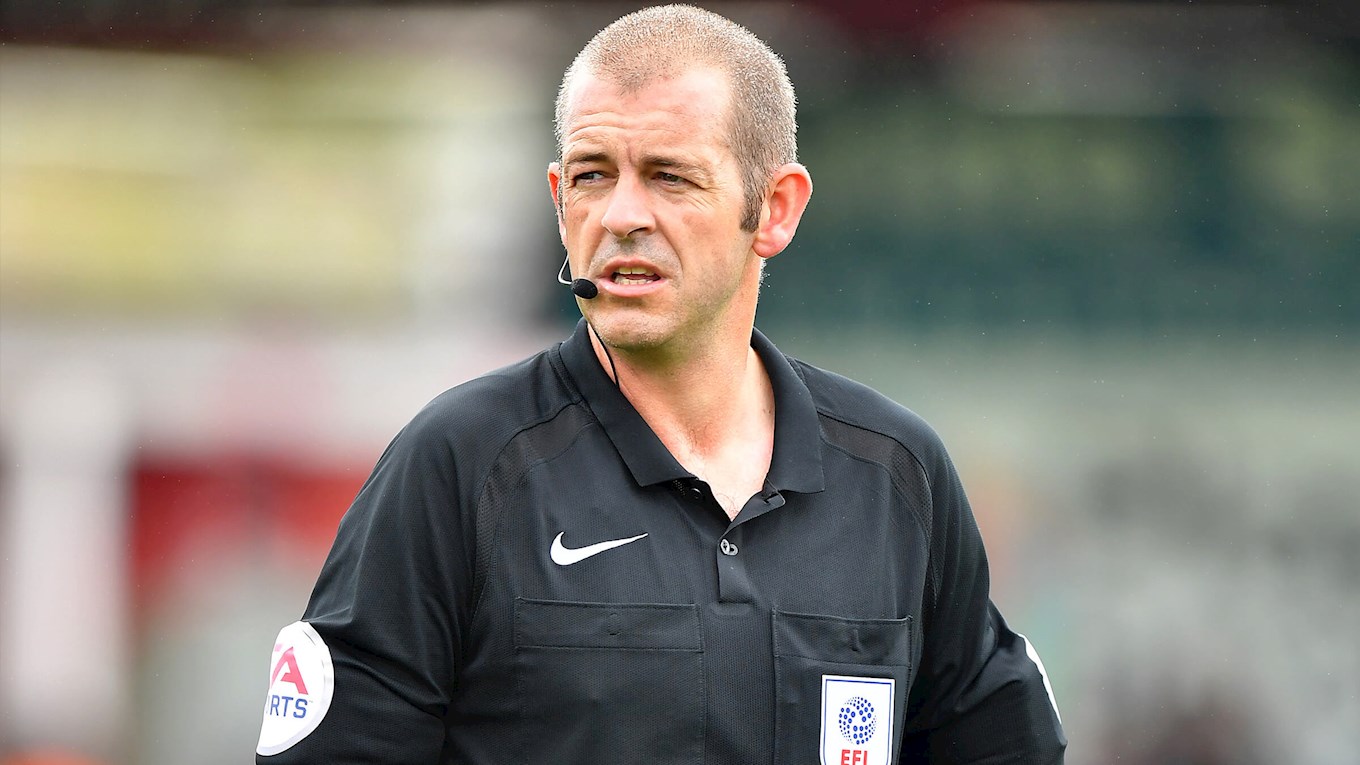 Monday's fixture is scheduled to be officiated by Darren Handley. The match official has taken charge of thirty-four games so far this season, mainly in Sky Bet League One and League Two. One of those fixtures this season was City's Boxing Day encounter with Peterborough United at the Northern Commercials Stadium. The two assistant referees for the Doncaster match are set to be Richard Wild and Joe Clark. The fourth official at the Keepmoat Stadium will be Michael Salisbury.

Betting
City supporters can back Simon Grayson's Bantams for success away to Doncaster Rovers with Sky Bet.

City are currently priced at 9/4 to defeat Doncaster at the Keepmoat Stadium on Monday.

The Bantams are also priced at 9/1 to beat Doncaster by a 2-1 scoreline.

Dominic Poleon is available at 6/1 to opening the scoring, while Shay McCartan can be backed at 5/2 to score at anytime during the game.

Full audio match commentary of the Doncaster match can be found via iFollow Bantams. Keep up to date with BBC Radio Leeds' Tim Steere for match action and reaction from the game.

On top of all that, iFollow subscribers can get interviews, action, previous encounters and highlights as well in the build up to Monday's match.

The Bantams fell to defeat in a Yorkshire derby at the hands of Doncaster Rovers with John Marquis' late double earning maximum points for his team. City probably edged the first half and had a number of decent opportunities but ultimately they were made to pay for not getting themselves on the scoresheet in the first half as Darren Ferguson's side went onto take advantage of that and take two chances of their own in the latter stages of the game.

City started the game brightly in particular with Shay McCartan running the channels well and causing one or two problems, and in the opening few minutes he did well to keep the ball alive and deliver a cross into the box. His cross turned out to be a dangerous one and Marko Marosi had to grasp the ball at the second attempt to prevent Tony McMahon from helping himself to a tap-in.

It was Simon Grayson's side in the ascendancy and Timothee Dieng had a great chance to open the scoring shortly afterwards. Alex Gilliead worked the ball wide to McMahon and his cross towards Nicky Law popped up to the French midfielder and he saw a header denied on the line by Joe Wright.

The pressure continued to be applied by the Bantams and McCartan saw an audacious left-footed volley loop upwards before dropping a yard or so wide and behind for a corner. Romain Vincelot came a whisker away from connecting with McMahon's near post delivery to let the hosts off the hook and then they had a spell themselves.

Joe Wright and John Marquis had attempts fail to hit the target when they were in pretty promising positions and despite a spell of pressure by the home team, Simon Grayson's side looked comfortable for much of the first half.

James Coppinger saw a low drive held onto by Colin Doyle with time running out in the first half, but there was still time for the Bantams to have another excellent chance of taking the lead. McMahon's cross was knocked down by McCartan and Gilliead took hold of the ball before seeing a shot creep just wide of the target with Nicky Law narrowly missing the ball at full stretch as he tried to turn the ball in.

The performance in the second half by the Bantams wasn't quite at the level it was in the first half, but they still could and maybe should have taken the lead early on. Tyrell Robinson swung a cross into the box from the left-hand side and McMahon rose well to head the ball but probably connected too well with it and the ball went comfortably over the bar.

Joel Grodowski came on for his Bantams debut just before the hour mark and his first touch almost resulted in the opening goal. City broke forward promptly and McCartan's cross from the left-hand side fell to the young German forward and his deft chip over Marko Marosi dropped just wide of the mark to let the hosts off the hook for some slack marking.

Doncaster looked more of a threat than they did in the first half and they broke the deadlock with fifteen minutes remaining. Niall Mason was afforded too much time on the right-hand side to swing a cross into the box and with his delivery an accurate one, Marquis profited by powering a header past a helpless Colin Doyle.

Doyle had to be alert to prevent the hosts from scoring a second goal shortly after denying Jordan Houghton and Alfie Beestin but in added time Marquis added his and Doncaster's second to put the result beyond any doubt. Beestin picked out his teammate on the overlap and he maintained space ahead of the recovering Nathaniel Knight-Percival before lashing a shot past Doyle from a tight angle, confirming three points for his team. A difficult evening in South Yorkshire for the Bantams.