Jack Payne's second goal of the season, coupled with a battling Bantams display, proved enough to secure City's first home win of the campaign against Burton Albion this Tuesday.

Payne's well-taken strike from just inside the box in the first period helped to claim a hard-fought 1-0 victory for Michael Collins' side.

Collins made two changes to his starting XI for the visit of Burton to the Northern Commercials Stadium, with George Miller and Kelvin Mellor coming in for Joe Riley and Luca Colville respectively.

The alterations saw Miller brought into attack alongside Eoin Doyle, as City lined up in a traditional 4-4-2 formation.

Both sides had their moments in the opening exchanges of the first period, but it was clear from the very off that the Bantams were certainly up for the occasion.

Setting the tone for the rest of the evening, challenges were made, tackles were won and pressure was put on their opponents by the men in claret and amber.

Burton enjoyed a brief sight of goal midway through the first half when Richard O'Donnell got a touch to a goal-bound curling cross from Liam Boyce.

The ball ran free in front of goal but Adam Chicksen was vitally on hand to kick clear.

Boyce was involved later in the half when he connected with a low near post centre from Luca Akins, but the striker, who was under pressure from Ryan McGowan at the time, could only slice an effort across the six yard box, and not towards goal.

Just past the half hour mark, and with the game still evenly poised, City took the lead.

A bright run on the right from Sean Scannell, who worked tiredlessly throughout the night, eventually saw the ball bounce into the path of Payne.

The attacker moved away from two Burton defenders before guiding the ball into the bottom corner with a strike from just inside the box that actually went in off the post. 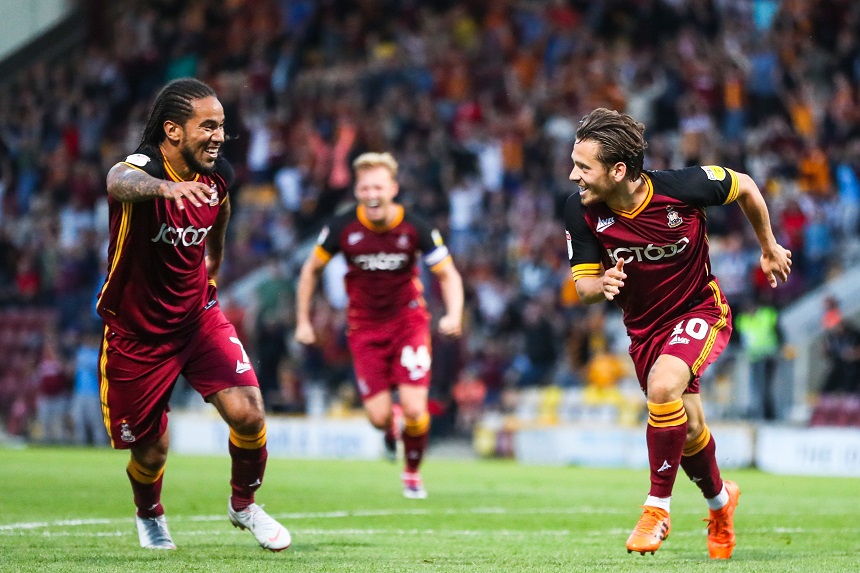 Buoyed by Payne's opener, City sensed blood at this stage and finished the half strongly.

They actually twice could have doubled their lead soon after opening the scoring.

Bywater then tried to quickly to release the ball to set up a Burton attack, but Josh Wright - another in City colours to put in a strong display - won back possession to keep the pressure on.

The skipper put in a peach of a cross towards Eoin Doyle and the Irish striker sent a header inches past the far post.

The interval came at the right time for the Burton, and the visitors used the break to re-group.

The Brewers could have levelled soon after the restart when Ryan McGowan failed to properly clear a David Templeton cross and Marvin Sordell fired over from a good position behind him.

Following that let-off, the game continued to be in the balance as the clocks ticked past the hour.

City were holding their own in the encounter without being quite able to finish off their visitors.

The one-goal scoreline advantage for the Bantams ensured it would always be a tense and nervy occasion the further the game went towards its conclusion.

Just past the hour mark, Brewers midfielder Scott Fraser threatened for the Brewers when he burst forward deep into City territory before firing narrowly wide with a drive from just outside the box.

In an attempt to claim a greater control in the match, Collins made a double substitution midway through the second period; bringing on Jordan Gibson and Riley for Mellor and Miller.

Riley was involved in the action ten minutes from the end when he made a vital tackle to deflect over a strike from Brewers sub Marcus Harness deep inside the box.

With Burton probing away for a possible equaliser in the closing stages, Brewers defender Kyle McFadzean curled narrowly over with a strike from the edge of the box.

In the final seconds of injury time, Burton had one final chance to claim a share of the spoils when John Brayford latched a long throw-in into the area.

The ball eventually dropped into the path of Akins deep inside the box but the attacker poked wide.

Akins perhaps should have done better when the ball came his way, but the Bantams' effort and application on the night certainly merited their slight slice of fortune at the end. 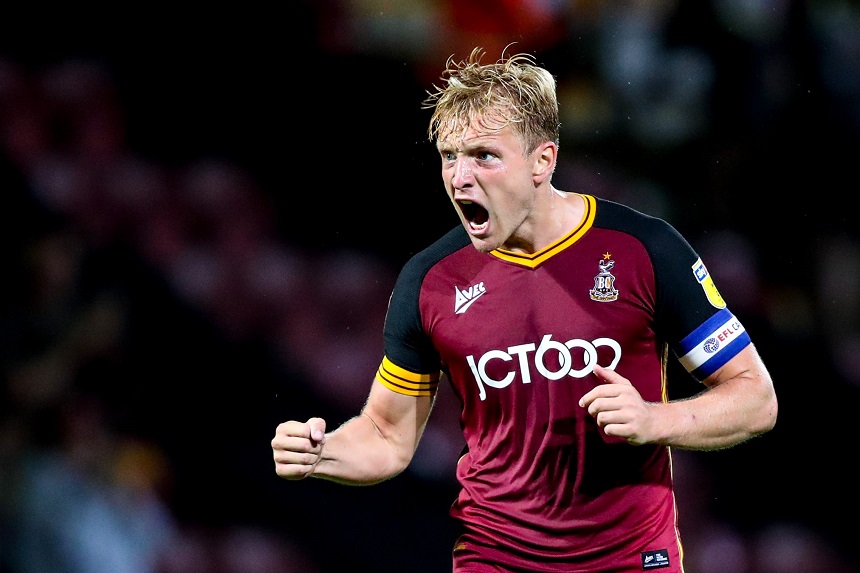 For match updates, match stats and team line-ups from the game, please click on the Match Centre - HERE.