Despite a late effort to salvage something from the game, the Bantams were defeated on home soil by Wycombe Wanderers this Saturday.

Wycombe held the interval lead thanks to a close-range header from Craig Mackail-Smith. The visitors then doubled their advantage shortly after the break through a deflected strike from Bryn Morris.

Aided by the introductions of George Miller, Jordan Gibson and Luca Colville off the bench, City pushed for a way back into the contest towards the end of the second period, with Colville pulling a goal back in the final minute of normal time.

The Bantams were unable to conjure up an injury time leveller, however, to leave Wycombe picking up the victory and the three points.

Head Coach Michael Collins made two changes to his side for the visit of the Chairboys to the Northern Commercials Stadium; Joe Riley and the fit-again Sherwin Seedorf coming into the starting XI.

City were coming into this game looking for back-to-back home wins following Tuesday's success over Burton Albion, but, in truth, it was Wycombe who started the contest the stronger.

The Bantams actually created the first opportunity of note - Seedorf seeing a deflected strike for goal from an early Eoin Doyle cross loop onto the roof of the net - but Wycombe were soon threatening at the other end as well.

Michael Harriman twice went close in fairly quick succession with strikes from just outside the box, while Mackail-Smith also looked to trouble Richard O'Donnell on more than one occasion.

The visitors took the lead just before the half hour mark from a set-piece situation.

Joe Jacobson's flighted corner delivery lofted over the out-stretched arm of O'Donnell, leaving Mackail-Smith with the simple task of heading into an empty net from close range.

Doyle tried to spur City into action with an effort for goal minutes later, but his drive from outside the box was held by Ryan Allsop. 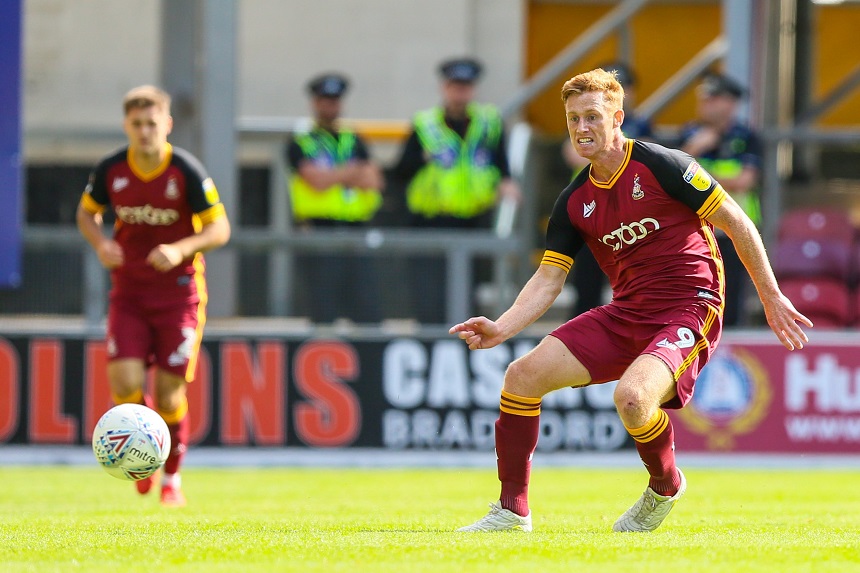 At the other end, Randall Williams saw a strike from inside the box fired straight at O'Donnell, as Wycombe held the advantage going into the break.

Wycombe struck for a second time in the afternoon seven minutes after the restart - although the strike had more than a touch of luck about it.

From Matt Bloomfield's cross into the box from the right, Morris struck for goal and the effort cruelly deflected off Joe Riley and past a wrong-footed O'Donnell.

Collins responded by bringing on Colville and Miller for Seedorf and Hope Akpan soon after.

Doyle was in position to head for goal from a Jack Payne near post cross barely sixty seconds or so after the changes, but the downward header was held by Allsop.

City's third substitution of the afternoon came in the sixty-fourth minute when Jordan Gibson was brought on for Sean Scannell, who appeared to go off with a groin injury.

Gibson was involved in the action almost straight away when his swerving cross-come-shot from the right was pushed away by Allsop.

Morris forced O'Donnell into a full-length dive with a curling strike from outside the box, while Harriman rounded the City 'keeper soon after but he couldn't keep the ball in play.

Following those Wycombe chances, City came agonisingly close to finding a way back into the contest.

Payne's ball towards the far post was headed goalwards by Miller. Doyle looked to scramble the ball home from close range but Allsop was there to make the vital interception with his hand.

The Bantams were pushing for a break-through as time ticked down, and Collins' side found a way through Wycombe's defences in the ninetieth minute.

As City pushed forward, the ball broke kindly to Colville inside the area and the young midfielder finished neatly into the bottom corner.

Five minutes of injury time followed after Colville's goal. The City crowd and players looked for a dramatic late leveller but Wycombe stood strong to see out the remaining time and clinch the win.