The Bantams lost out to Macclesfield Town on penalties in the first round of this season's Carabao Cup on Tuesday night.

With no extra time in this season's competition, the tie headed for penalties after the game finished 1-1 following normal time.

Macclesfield defender Fiarce Kelleher had headed the hosts in front on the hour mark, but City debutant Luca Colville levelled things up just a minute or so later with a fine strike.

City Head Coach Michael Collins made five changes to his starting XI for the trip to the League Two side.

Along with the introduction of new signing Colville, goalkeeper Ben Wilson was also brought into the team for his Bantams debut.

Ryan McGowan, Sherwin Seedorf and George Miller were the other changes from the side that began last Saturday's home opener with Barnsley.

Two of those players - Seedorf and Miller - were involved with early chances as City made a bright start to the contest.

Macclesfield tried to respond with efforts from Danny Whitaker and Harry Smith but they were comfortably dealt with by Wilson.

A right wing cross from Joe Riley presented Miller were another sight of goal midway through the half; the striker's header for goal was held by Rhys Taylor though.

Adam Chicksen was then the next to test Taylor with an angled drive from inside the box after the defender had cut inside from the left and fired in a right-footed effort. 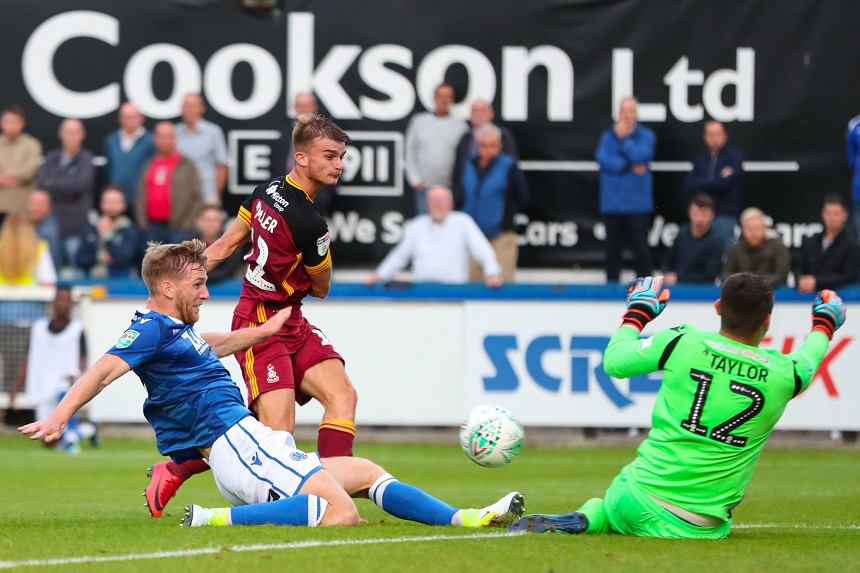 City created arguably the clearest chance of the tie so far just past the half hour mark when a surging run from Hope Akpan saw Miller played in on goal.

The striker tried to slot the ball past Taylor but the Macclesfield 'keeper made himself big and blocked with his leg.

The Bantams kept the pressure on after Miller's repelled effort, with Seedorf and Jack Payne seeing efforts blocked away just seconds later.

As City looked to turn the screw, Anthony O'Connor, who was captain on the night, saw a low drive from distance held by Taylor.

After threatening little for most of the first period, Macclesfield nearly claimed an unlikely lead in the closing stages of the half.

Callum Maycock prodded for goal after a cross into the box from the right, but somehow strike duo Scott Wilson and Harry Smith both couldn't convert from just yards out as City scrambled the ball behind.

Chances came for both sides after the break - Malachi Napa and Colville seeing shots from outside the box held at the either end of the pitch.

Akpan then headed wide of the far post with a glancing header from a Payne corner.

With an hour gone, Macclesfield took the lead of the match from a set-piece situation of their own.

Kelleher rose highest in the box to reach a Michael Rose free-kick from deep and the centre half powered a header past a helpless Wilson.

City roared back almost straight away, however, when Colville fired in a superb strike from just outside the box to level things up from the Bantams' next meaningful attack. 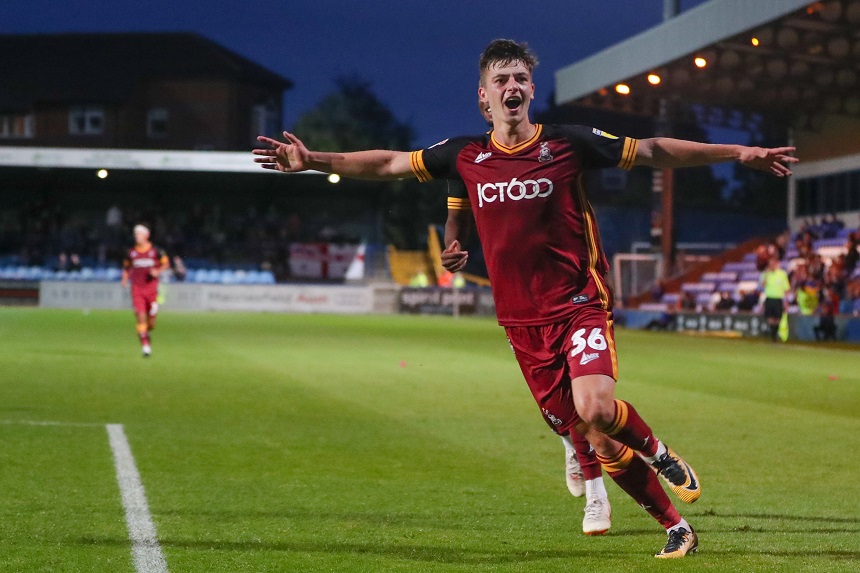 Collins' side pushed for a winner in the time that remained, with Seedorf denied by Taylor after the unmarked winger had connected with a Sean Scannell cross.

With four minutes of normal time remaining, City then went close again when Ryan McGowan saw a header pushed away by Taylor following Payne's free-kick into the box from the right.

Either side of those chances, Maycock had hit the post for Macclesfield with a low drive from the edge of the box.

In the shoot-out itself, Macclesfield converted four of their five penalties, although Wilson did repel an effort from Smith.

Akpan and Payne both scored for the Bantams, but they couldn't prevent a first round defeat for City.

Match stats, team line ups and updates from the Macclesfield tie can be found via our MATCH CENTRE - HERE.