Two second half goals in the space of four minutes from Southend United condemned the Bantams to defeat at Roots Hall.

Headed goals from Tom Hopper and Simon Cox ahead of the hour mark saw the hosts secure a 2-0 win over Michael Collins' side.

Following Southend's two goals, City tried to find a way back into the contest, making positive substitutions along the way, but Eoin Doyle saw a goal disallowed and sub Jordan Gibson was denied from a one-on-one situation.

Collins made three changes to his side from Tuesday's Carabao Cup tie at Macclesfield Town.

Richard O'Donnell, skipper Josh Wright and Eoin Doyle were all recalled, while Luca Colville, who scored on his debut in midweek, kept his place in the side.

With the hosts looking to make a strong start to the enconter, City had to be defensively strong in the early stages to repel Southend's advances for goal.

City's first clear opening of the game came fifteen minutes in when Eoin Doyle forced a bright save from Mark Oxley following a fierce strike from just outside the box.

At the other end, Richard O'Donnell produced an equally impressive save to repel a shot on the turn inside the box from Michael Kighty.

Jason Demetriou and Sam Mantom tried to test O'Donnell with efforts from around the edge of the box soon after but both strikes went narrowly wide.

As the half wore on, City got more of a foot-hold in the contest and the fixture became more of an even encounter.

McLaughlin headed off target from a Dieng cross with one Southend chance, while Sean Scannell glanced wide at the other end following Jack Payne's lofted ball into the box. 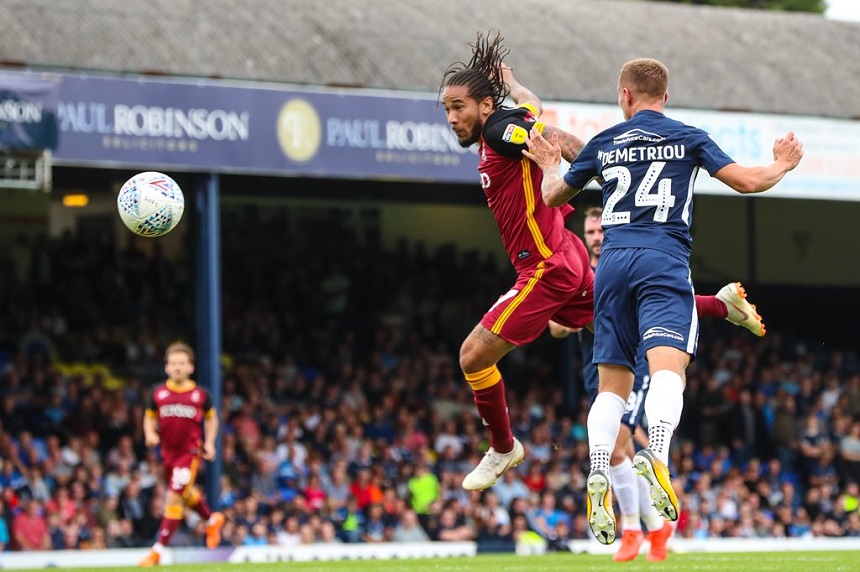 Southend had the ball in the back of the net just a few minutes before the interval but goalscorer Hopper was penalised for offside.

The striker converted from close range after a McLaughlin strike had deflected into his path, but the linesman's flag was raised.

After starting the first half brightly, Southend repeated the trick following the interval.

Southend went close to breaking the deadlock from a Ben Coker free-kick just three minutes into the half, but Cox saw an effort blocked and then John White's deflected drive was tipped over on the line by O'Donnell.

The Shrimpers did take the lead soon after, however, when Kighty's cross from the left was headed home by Hopper in the middle.

Doyle had a shout for a penalty turned down soon after following a challenge in the box by Coker, but Southend were soon further ahead.

Coker's cut-back from the byline towards the far post oicked out Cox in space and the striker found the net with a simple close range header.

City brought Jordan Gibson on for Payne ahead of the restart in an attempt to engineer a response.

George Miller was also introduced soon after from the bench for Hope Akpan.

As City pushed men forward, though, they were nearly caught on the counter-attack.

Southend pushed forward at pace with the numbers in their favour and the attack eventually ended with a deflected Cox strike looping up onto the crossbar.

Within a minute of that close shave, City had the ball in the net at the other end - but their celebrations were cut short by the offside flag.

Oxley managed to push out a strike by Colville but Miller was first onto the loose ball.

Miller played the ball across goal to give Doyle an easy tap-in, but linesman already had his flag up. 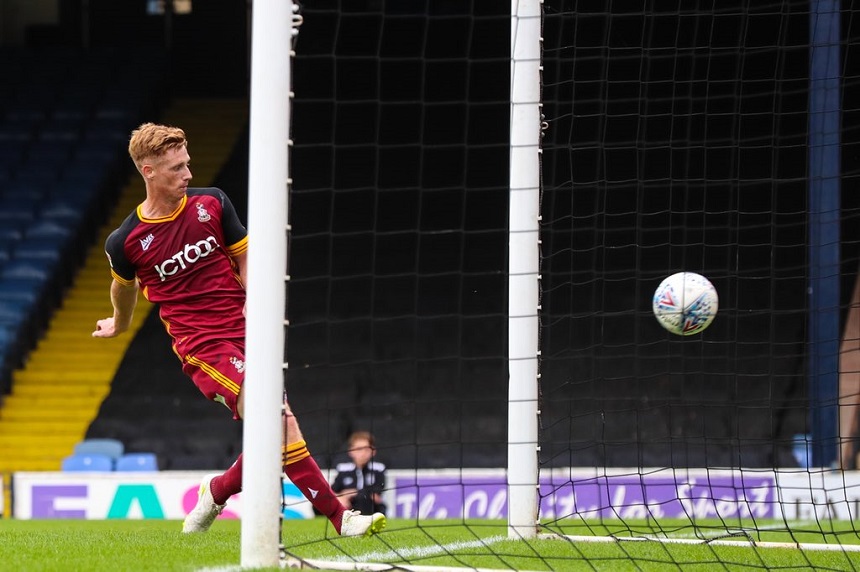 Southend tried to finish the game as a contest in the final quarter but McLaughlin and Kighty both fired wide with efforts from just outside the box.

Adam Chicksen was also in the right place to clear after Mantom had fired the ball dangerously across the six yard box.

The Bantams engineered one promising opening to get themselves back in the game ten minutes from the end.

The City substitute tried to round Oxley but the Southend shot-stopper produced a well-timed tackle with his legs to crucially deny him.

Doyle looked to cash in on the loose ball as it bounced clear but Southend managed to clear their lines.

A goal then for City could have made the game interesting but Southend were able to competently see out the remainder of the match for the three points.