David Hopkin's brilliant Bantams claimed an impressive home victory over Walsall thanks to a stunning second half display at the Northern Commercials Stadium.

Leading 1-0 at the break after a tight opening half thanks to Paul Caddis' second goal in as many games, Hopkin's men ran riot following the restart.

David Ball netted twice within the first sixteen minutes of the second period to put the result arguably beyond doubt.

Substitute Eoin Doyle then put the icing on the cake for City when he converted Kelvin Mellor's low cross to fire home the Bantams' fourth of the afternoon seven minutes from the end of normal time.

The weather conditions might have been truly miserable on a wet and bitterly cold afternoon, but City certainly gave their supporters plenty to cheer about by securing the club's biggest win of the season.

After netting three goals at Plymouth last weekend and scoring four against Peterborough United in the Emirates FA Cup in midweek, City's wonderful Walsall display was another example of the Bantams' potent attacking prowess at the moment.

This Saturday's eye-catching 4-0 victory not only takes Hopkin's men off the foot of the League One table, it also moves them to within three points of the safety zone.

Following Tuesday's epic second round replay with Peterborough, Hopkin made just the one change to his starting XI - former Saddlers shot-stopper Richard O'Donnell coming back into the side for a reunion against one of his former clubs.

Coming up against his old side, O'Donnell showed plenty of the form that earned him Walsall's 2015 Player of the Year award; denying Saddlers top scorer Andy Cook twice during the game with important stops.

O'Donnell's opposite number - Walsall 'keeper Liam Roberts - was the first of the two custodians to be called into action in the game, though, in just the eighth minute.

A loose piece of play from Walsall's defence gave Jack Payne the chance to tee up Lewis O'Brien.

O'Brien, who was a tireless runner throughout, burst into the area but his rising drive was superbly tipped over by Roberts.

The opportunity came during a decent opening to the contest for City, but Walsall nearly took the lead themselves out of nowhere nineteen minutes in.

A testing cross into the box from the left by Luke Leahy found Cook in space, but his close range far post header was repelled by the frame of O'Donnell.

The game continued to be evenly-balanced going past the half hour mark before both sides nearly enjoyed openings from one-on-one situations.

Firstly, George Miller - who again started in front of an attacking trio of O'Brien, Ball and Payne - was nearly played in on goal but his first touch wasn't clean and the ball bounced through to Roberts.

A minute or so later, Josh Ginnelly was found in space inside City's penalty area.

O'Donnell forced him wide as he moved forwards towards goal, however, with Adam Chicksen then able to block behind as Ginnelly tried to pull the ball back.

Kieron Morris was involved in another opening for Walsall soon afterwards, but his curling drive was held by O'Donnell.

With both sides looking for that crucial break-through, City were the ones who were able to get that all-important opener through Caddis. 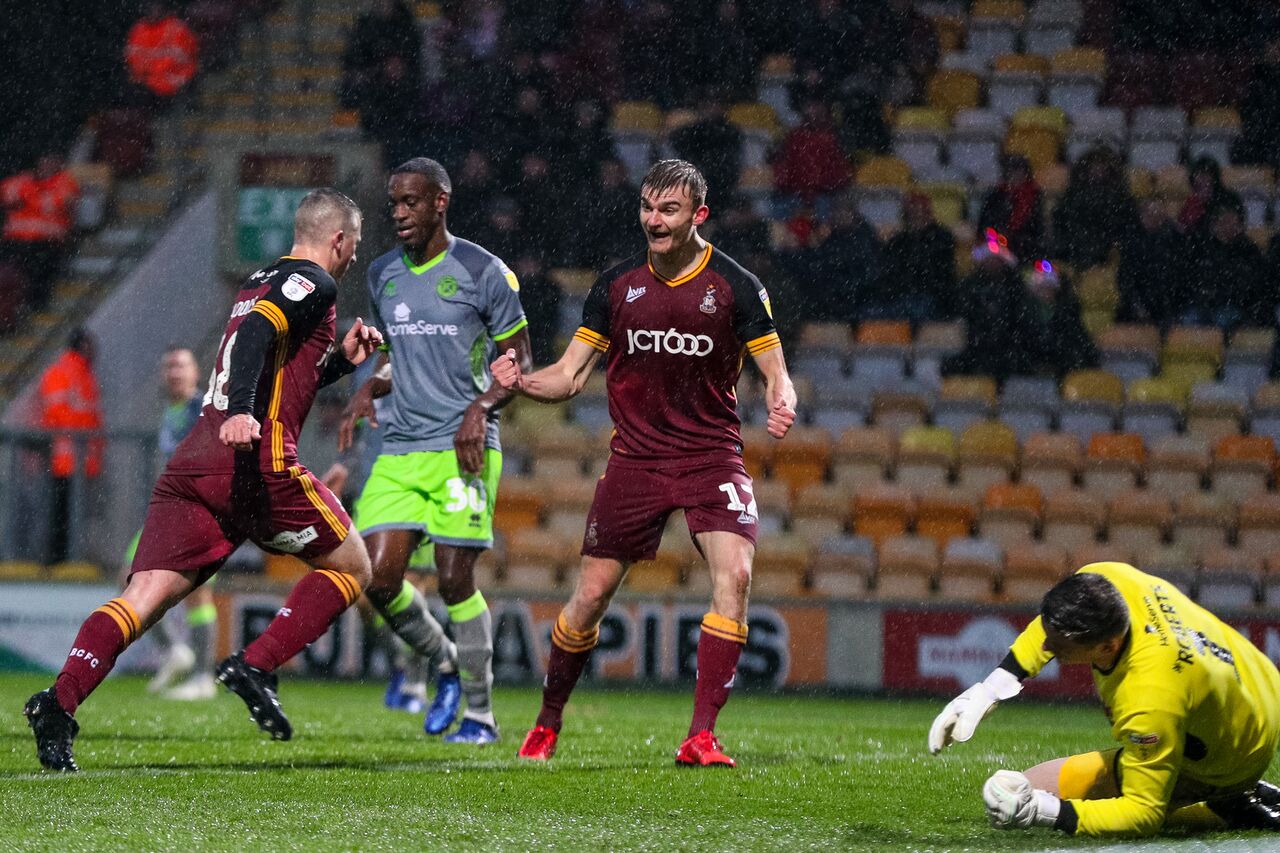 O'Brien drove into the box from City's left before firing the ball low into the middle.

Caddis came steaming into the box towards the far side and the unmarked full back expertly fired low into the bottom corner past Roberts.

Hope Akpan had a chance to double the Bantams' lead five minutes later, but his glancing header dropped onto the roof of the net following Payne's near post corner.

As time ticked towards the interval, Caddis' goal looked to have given City the vital advantage going into the break.

Walsall did have one final chance to level things up before half time, however, and again the chance fell to Cook.

Leahy's cross into the middle found Cook in space in the box but the striker crashed a free header against the top of the crossbar.

Going into the second period, the Bantams definitely made the most of that missed opportunity for Walsall to completely dominate after the restart.

City's first opening in the half came just five minutes in when Payne's driven ball across goal was pushed out by Roberts.

The loose ball came out to Akpan but the midfielder's low drive from the edge of the box went wide of the post.

The second goal did come for City soon after, though, when Ball pounced. 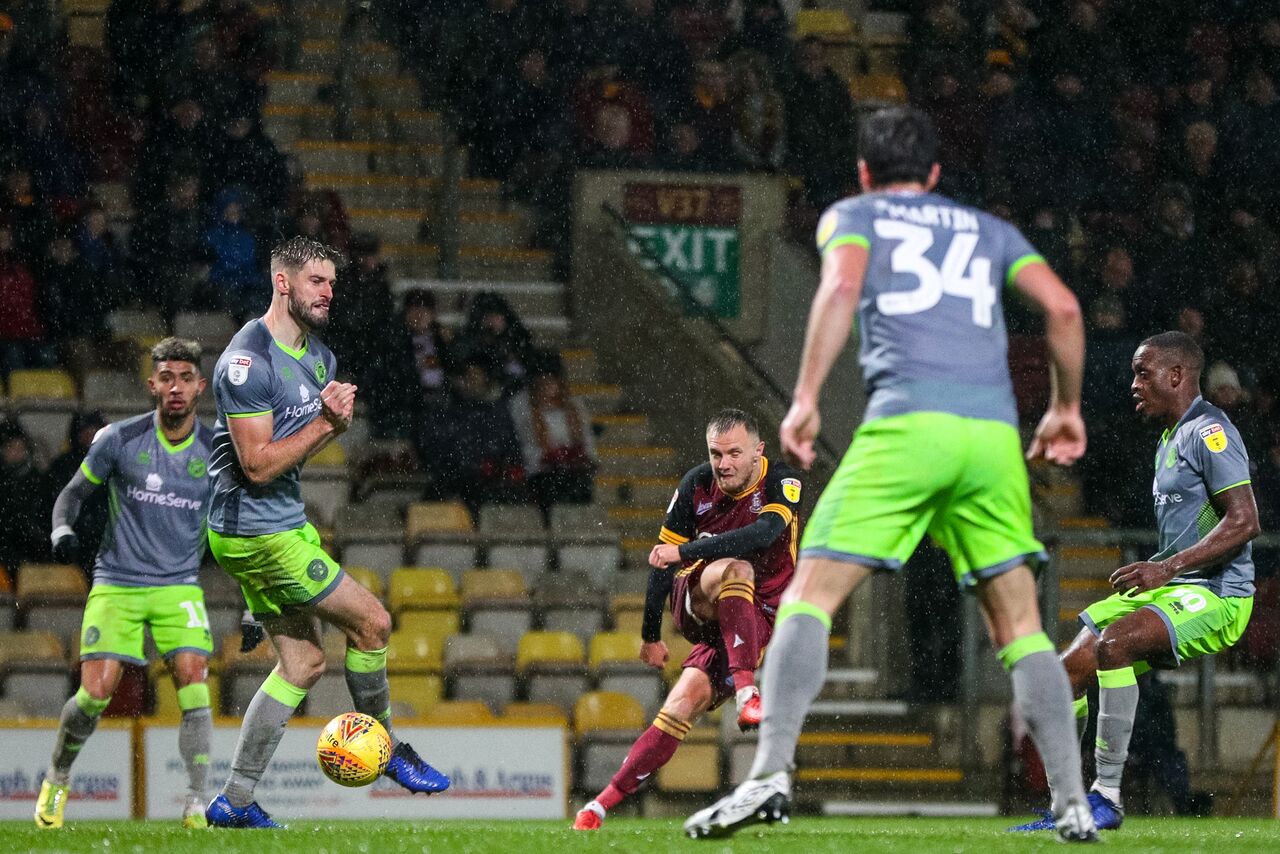 Payne's low centre inside the box found the Rotherham loanee in space.

Ball fired for goal and his low drive beat the dive of Roberts via a sizable deflection off the out-stretched boot of Russell Martin.

With City buzzing at this stage, O'Brien then curled an effort at Roberts on the hour.

As the Bantams' effort, energy and endeavour started to take its toil on the visitors, it didn't take long for that third goal to come for City.

Unsurprisingly given his overall display, O'Brien was once again involved in the move; the all-action midfielder starting the attack by crossing low into the heart of the penalty area.

The centre was diverted away from a lurking Miller but the free ball landed at the feet of Ball, who crashed home into the corner.

Walsall were seemingly simply unable to handle the movement, work-rate and close control of O'Brien, Ball and Payne as the second half progressed.

O'Brien showed again what he was all about shortly after Ball's second goal.

The Huddersfield loan midfielder dribbled his way into Walsall's penalty area - turning away from a number of visiting players in the process - before playing the ball back to Mellor, who fired over from just outside the box.

Ball had a chance to net his hat-trick just over fifteen minutes from the end, but the attacker fired over after a Payne centre had deflected into his path in the box.

City's number 40 was involved once more minutes later when a superb ball from deep by Caddis played him into space down the right flank.

Ball's centre into the middle from just inside the box found Doyle, but the Irishman, who had replaced Payne shortly beforehand, couldn't connect properly and his strike rolled through to Roberts.

Although the game looked in control for City at this stage, Walsall did have a great chance to pull one back eleven minutes from the end.

Saddlers sub Connor Ronan's in-swinging cross found Cook in space but the striker's goal-bound header was kept out after O'Donnell flung out an arm to make a brilliant reaction save.

Following that superb stop, City then completed a brilliant second half showing and a great result with a fourth goal at the other end minutes later. 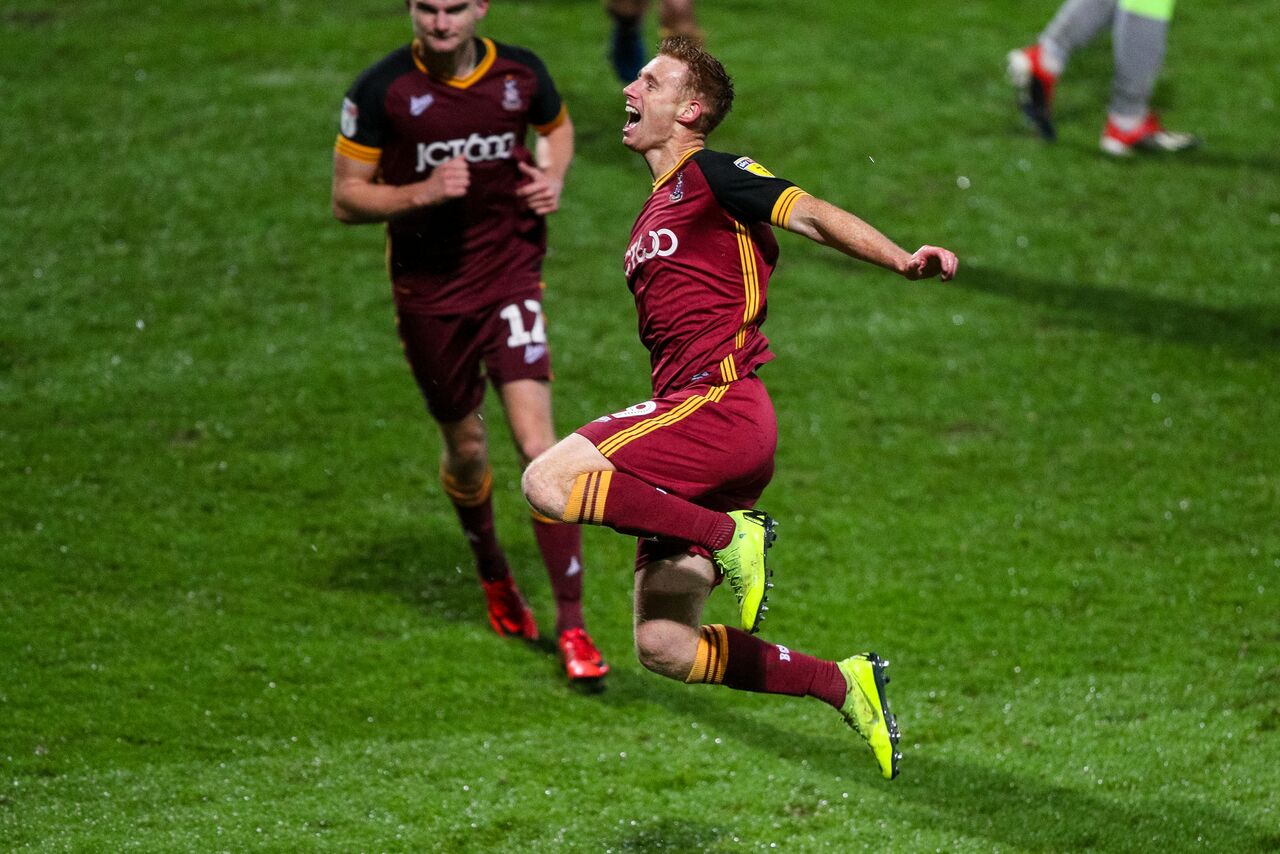 Mellor, who was once again playing in midfield, won possession deep inside Walsall's half.

He managed to pull the ball back from the byline into the path of the unmarked Doyle and the striker fired home from deep inside the box.

Doyle's goal - his fourth of the season - was the thirteenth City have scored in their last four matches.

Walsall had one late chance to grab a consolation goal - Isaiah Osbourne firing wide on the half volley from the edge of the box - but there was no denying City a clean-sheet and a deserved success.

Match line ups, stats and updates from the Walsall game can be found via our Match Centre - HERE.