A dramatic late comeback from Blackpool left City stunned - just as new Head Coach David Hopkin had looked set to start his tenure at the Bantams with a win.

Hopkin's men were two goals up going into the final seven minutes of normal time after a spirited display at Bloomfield Road, but an unforeseen fightback from the Tangerines saw them snatch all three points with a 3-2 victory.

Two goals in the space of five minutes just past the hour mark from Eoin Doyle via a penalty and Jack Payne's third of the season sent City's 1,800-strong away support behind the goal into raptures.

Blackpool threw everything at the Bantams, but City looked like they could weather the storm until the hosts were given a spot-kick for a foul by Richard O'Donnell on sub Armand Gnanduillet.

Amazingly, the Seasiders were awarded a second penalty just three minutes later after Ryan McGowan was adjudged to have fouled Curtis Tilt in the box.

O'Donnell actually saved Spearing's initial kick but the midfielder was on hand to fire home from close range on the rebound.

Sadly for City, there was still time in the game for Blackpool to clinch the win in the very final minute of normal time.

O'Donnell was unable to cling onto a low bouncing cross from the left and Tilt was in position to crash in the loose ball.

In his first game in charge of the Bantams, Hopkin made two changes to the starting XI from the side that began the game at Fleetwood Town last weekend.

With Adam Chicksen and Hope Akpan injured, Nathaniel Knight-Percival and Connor Wood came into the team.

The blow of losing Chicksen and Akpan - both of whom are expected to spend a period on the sidelines due to their injuries - comes after recent issues for the likes of Sean Scannell and the continued absence of both Jake Reeves and Alex Jones.

Hopkin was given a tremendous reception by the sizeable away contingent as he - flanked by assistants Greg Abbott and Martin Drury - came onto the pitch pre-match to acknowledge the Bantams fans.

Keen to get behind Hopkin's side, City's followers cheered and roared every tackle and show of commitment from the visiting players early on in the match. 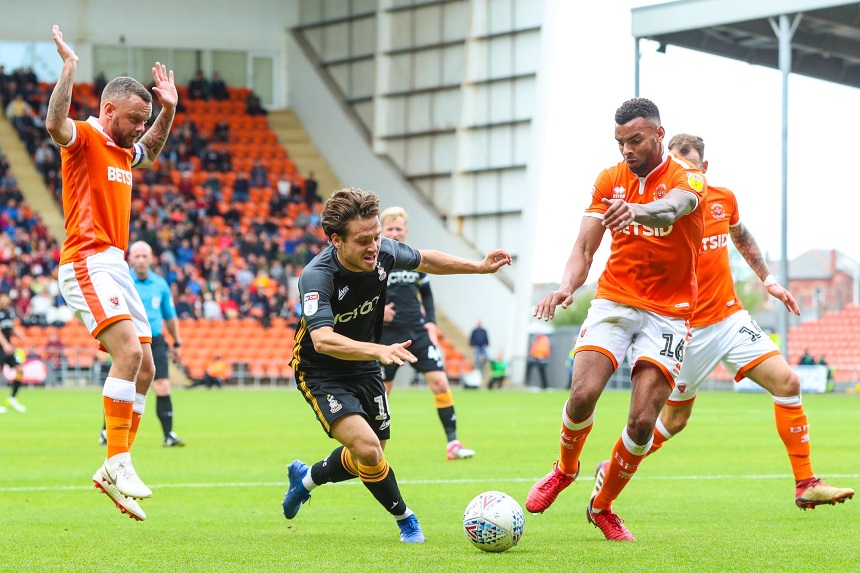 In fairness to Blackpool, though, they didn't make it easy for the Bantams.

Jordan Thompson forced a save out of O'Donnell from a fifth-minute deflected drive, while Nathan Delfouneso fired wide soon after from a decent chance inside the box.

As Blackpool continued to trouble City, Tilt headed wide of the far post via a downward header from a Thompson corner.

Despite Blackpool's best efforts, however, City, who were set-up in a 3-5-2 formation by Hopkin, fought for everything to keep themselves in the game.

After half chances for Harry Pritchard and Delfouneso later in the first period, City began to make their presence felt at the other end of the pitch.

George Miller headed wide from a Eoin Doyle cross in the latter stages of the half.

Miller was nearly involved again soon after, but a watchful Marc Bola intercepted to prevent the young striker enjoying a run on goal from a Doyle flick-on.

As they had done in the first period, Blackpool started brightly following the interval, but O'Donnell was in position to make a great reflex save to deny Pritchard in the box.

The game changed in favour of the Bantams as the clocked ticked past the hour when they were awarded a penalty.

Kelvin Mellor, who featured in the game as a right wing-back, was brought down in the area by Tilt as he looked to get on the end of a pass.

Doyle took responsibility for the spot-kick, sending Howard the wrong way to fire City into the lead and double his account for the season.

It got even better for City just five minutes later when Payne increased the Bantams' lead.

The ball fell nicely into the path of the attacker just inside the area via David Ball, who had just entered the field off the bench, and his low drive beat the dive of Howard to find the bottom corner. 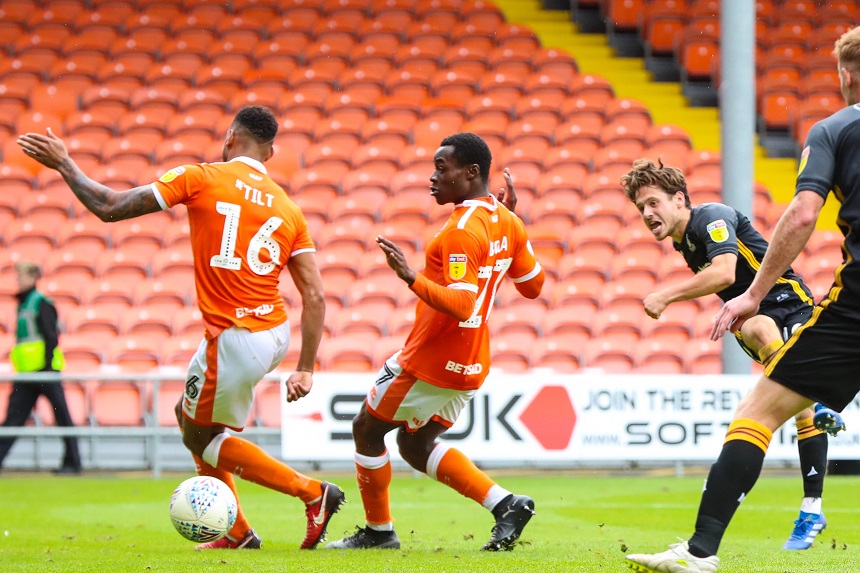 City were understandably buzzing at this stage, but they unfortunately were forced to take off skipper Josh Wright due to an apparent hamstring injury before the restart following Payne's goal.

Soon after, Luca Colville was forced off as while because of a knock; the young midfielder being replaced by Jordan Gibson.

Two goals to the good, City knew they just had to hang on to try and see the job out.

Blackpool were pushing for a way back - a low centre from Bola into the six yard box was narrowly missed by Delfouneso and Liam Feeney in the middle - but City were looking like they were going to get themselves over the line as the minutes ticked by.

When Thompson hit the post nine minutes from the end and then Donervon Daniels saw an effort scrambled away by Anthony O'Connor and Ryan McGowan seconds after, it seemed like it would be City's day.

The Bantams could have actually sealed the deal with their next attack, but Ball was denied by a great save from Howard and the sub had been played into space in the box by Payne.

The missed opportunity for Ball and the Bantams felt all the worse for Hopkin's men when Blackpool were handed a lifeline barely sixty seconds later.

O'Donnell was penalised for barging into Arnand Gnanduillet as the pair contested a bouncing ball inside the area.

The City 'keeper was cautioned for the foul, with Spearing finding the corner from the resulting spot-kick despite the shot-stopper guessing the right way.

Unbelievably, Blackpool were given another penalty just three minutes later after McGowan was deemed to have tripped Tilt in the area.

Spearing's penalty this time was actually saved by O'Donnell but the Blackpool skipper was first on the scene to slam home the loose ball from only yards out.

In heart-breaking fashion, Blackpool were somehow able to engineer a winner in the time remaining.

A low cross from Blackpool's left unfortunately fell out of the grasp of O'Donnell, and Tilt was ready to pounce and fire in the loose ball to condemn City to a gut-wrenching loss.

For match line-ups, stats and updates from the game, visit the Match Centre - HERE.