City attackers Omari Patrick and Dominic Poleon were given some game-time in Tuesday's Central League (reserve) fixture with Port Vale at Apperley Bridge.

Poleon and Patrick both played sixty-five minutes each in the second string encounter with Vale, a game which the visitors won 2-0 thanks to two late goals.

The attacking duo were replaced in the match by fellow strikers Joel Grodowski and Reece Webb-Foster.

Following injury problems for the German forward in the opening half of the season, Grodowksi was making his first appearance in City colours after signing for the club last summer.

For Webb-Foster, the run-out was his first action in a game since picking up a serious knee injury while on loan at Bradford Park Avenue last February.

Along with those four players, young professionals Jordan Gibson, Daniel Devine and Daniel Pybus also featured in the match against the Valiants.

After chances at both ends for the two teams, the game looked to be heading for a goalless conclusion until Vale's intervention.

Vale took the lead in slightly fortunate circumstances from a set-piece situation with just over ten minutes of the match remaining.

George Sykes-Kenworthy came to deal with Alex Kempster's wide free-kick delivery into the box, but the shot-stopper's attempted punched clearance deflected in off Anton Forrester.

The visitors then doubled their lead less than two minutes later.

Kempster went from provider to scorer, the midfielder slotting home past Sykes-Kenworthy by the 'keeper's near post after he was found in the box by Anthony de Freitas. 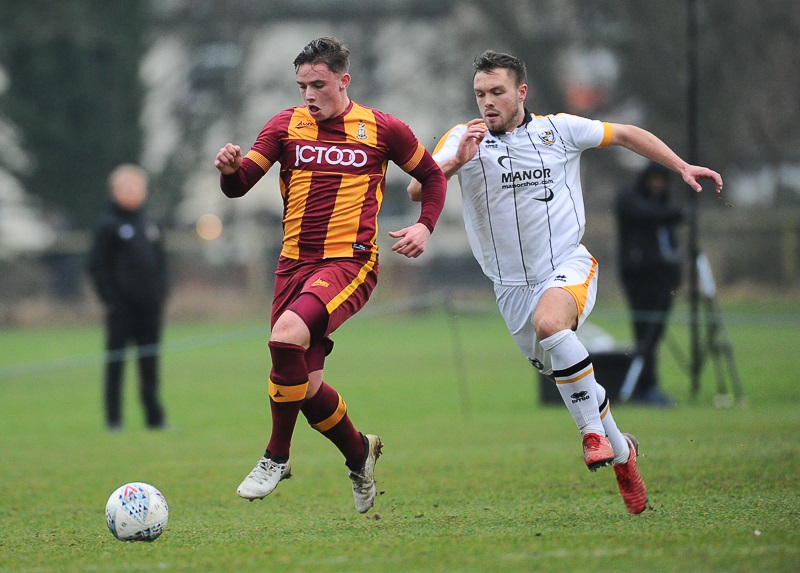